For years, Warren Buffett has been suggesting the best place for most individuals to park their money is in one specific spot: Low-cost index funds. And the latest data shows why he's exactly right.

The consistent advice
As discussed earlier, in the letter to Berkshire Hathaway (NYSE:BRK-A)(NYSE:BRK-B) shareholders released this year, Buffett disclosed where the money he'll be leaving to his wife will go:

My advice to the trustee could not be more simple: Put 10% of the cash in short-term government bonds and 90% in a very low-cost S&P 500 index fund. (I suggest Vanguard's.) I believe the trust's long-term results from this policy will be superior to those attained by most investors -- whether pension funds, institutions, or individuals -- who employ high-fee managers.

He's a man worth roughly $65 billion and one of the greatest investors of all time. Yet he wants his wife's money to be parked in a simple index fund.

But the thing is, this wasn't exactly a new stance. As my colleague Jordan Wathen noted, when Buffett was asked a decade earlier about what an individual should do with their money, he said simply:

Among the various propositions offered to you, if you invested in a very low-cost index fund -- where you don't put the money in at one time, but average in over 10 years -- you'll do better than 90% of people who start investing at the same time.

The reason why
One of the things you may have missed is Buffett's emphasis on "low-cost" index funds. After all, every fund charges a certain amount -- known as an expense ratio -- that comes directly from the amount you have invested.

But I know what you may be thinking, since you end up paying a higher fee, then you must be getting better returns, right?

Well it turns out, a new study shows on average, those actively managed funds will actually do worse, not better, than the indexes they should beat. 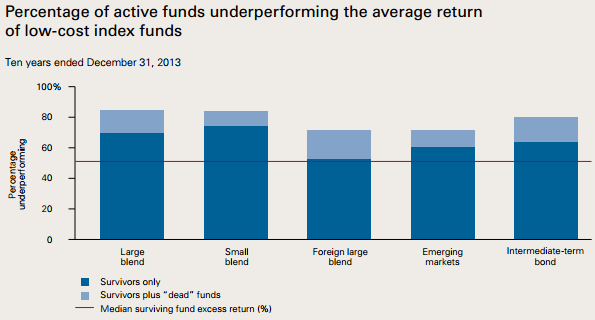 Vanguard recently released a paper entitled The case for index-fund investing which explored how well actively managed funds -- those with high expense ratios -- compared to the low-cost index funds. 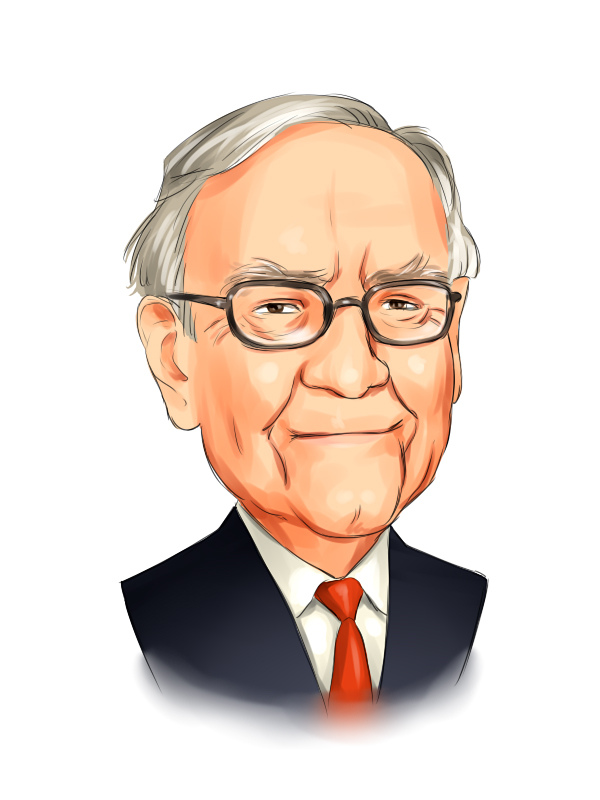 And as you can see, over the last 10 years, nearly 80% of the actively managed across each of the five categories have underperformed the basic low-cost fund. So maybe you'll get lucky and buy funds only in that 20% outperformer bucket, but according to the Investment Company Institute, there are currently over 77,000 mutual funds in the world. Good luck combing through that and finding the winners.

The study went on to note, "as a result of the zero-sum game, costs, and the general efficiency of the financial markets, consistent outperformance of any one active manager has been very rare."

Of course, there are managers who consistently outperform the markets -- the Motley Fool held the top three spots in the Hulbert Financial Digest rankings of stock newsletter services -- but by and large, evidence shown above reveals exactly why index funds can provide such value.

The Foolish bottom line
At times, we can think the best investment strategy is the most complicated one, and the only way to make money in the stock market is to try to beat it. But evidence like this shows the true value of patient investing in index funds, and also the key considerations of the actual cost paid to an advisor of any sorts.