For decades, the publishing business formed the core of the media world, providing millions of people with their primary sources of entertainment and information through books and newspapers. The advent of television created some competition for the industry, but it wasn't until the rise of the Internet that traditional publishers experienced more substantial declines. With the ease of dissemination of content through online channels, traditional publishing has had to seek a way to keep itself from becoming obsolete. Let's take a closer look at the publishing industry to see whether it still offers any promising investment opportunities.

What is the publishing industry?

Magazines and periodicals also make up a substantial portion of the publishing world. Mainstream magazines are the best known among most investors, with names like Time and Martha Stewart Living Omnimedia having dominated newsstands for years. But academic journals continue to play a vital role in the publishing industry as well, as companies can rely on thousands of colleges, universities, and other institutions to pay top dollar for subscriptions in perpetuating their own business models. 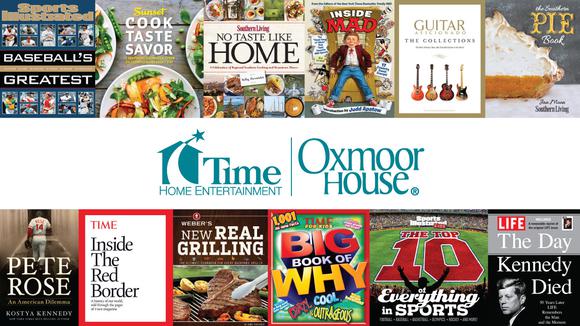 Book publishers are the third major segment of publishing, with companies such as HarperCollins and Penguin Random House producing best-sellers and niche book offerings alike. The segment is more concentrated than the magazine and newspaper areas, with five major companies accounting for the majority of U.S. book publishing.

How big is the publishing industry?

Despite concerns about its health, the publishing industry is still a major component of the U.S. economy. More than 725,000 employees in the U.S. work in the industry at more than 35,000 different business establishments, according to the latest figures from the Bureau of Labor Statistics. Among them are more than 27,000 reporters and correspondents, 55,000 editors, 43,000 advertising agents, and 21,000 graphic designers, along with a host of associated jobs supporting these specialized staff members.

The publishing industry has been shrinking substantially, though, especially in terms of advertising revenue. Between 2005 and 2013, print advertising sales plunged by 60%, according to the Newspaper Association of America. Even though newspaper websites have sought to boost their digital presence, online-advertising revenue hasn't come close to offsetting the decline in print. Classified ads, once the staple of newspaper advertising, have seen revenue fall by three-quarters since 2000.

Even so, publishing is far from dead. According to the most recent Census Bureau figures, in 2012, almost 1,400 daily newspapers were still in operation, with paid circulation of 46 million. Book publishers shipped more than 3.1 billion books in 2010, including 2.3 billion trade publication books and a host of religious, professional, and scholastic books.

How does the publishing industry work?

Advertising has always been the main driver of the newspaper and magazine arena, and its recent decline has hurt those publishing segments greatly. Newspapers' circulation revenue has remained steady for more than 15 years, with the Newspaper Association of America reporting roughly $10 billion annually coming in through subscription revenue and newsstand purchases. But total advertising revenue peaked at nearly $50 billion in the mid-2000s before falling to current levels of about $20 billion.

One of the most important trends in the publishing industry has been the ongoing move toward consolidation. Major players such as Digital First Media, Gannett, Gatehouse, and Community Newspaper Holdings own dozens of daily newspapers across the country, seeking to cut costs by consolidating news operations and finding whatever economies of scale remain in the industry. Even with these trends, though, newspapers haven't been able to reverse the drop in their share of revenue from national ad campaigns, which made up just 18% of total ad revenue in 2013 as local retail ads continued to bring in the bulk of newspaper ad revenue.

Meanwhile, for book publishers, the business model has increasingly focused on finding hit franchise series and squeezing as much revenue from them as possible. With favorites such as Harry Potter and Hunger Games having driven multimedia opportunities including blockbuster film series, identifying top prospects early is essential for publishers to justify the wide array of far less profitable niche books they publish to narrower audiences.

What drives the publishing industry?

For book publishers, the rise of electronic reading devices like the Kindle has dramatically changed the dynamics of the industry. Major book publishers have done everything they can to sustain current pricing, even though the costs of producing e-books are far lower than the manufacturing process for printed books. With companies such as Amazon.com seeking to offer subscriptions for e-book services, major publishers don't want to devalue their content even as their counterparts in the music and video industries have had to accept dramatic transformations to their business models.

Newspapers and magazines have also had to address the online world, moving more of their information onto the Internet and looking for ways to raise revenue. The New York Times, News Corp., and Washington Post have taken different strategies toward monetizing online content, with paywalls for The New York Times and The Wall Street Journal having varying degrees of success. As online-focused and multimedia news organizations become more popular, newspaper publishers have struggled to differentiate themselves, and publications that are out of date well before they ever reach their audience have posed a game-changing dynamic in an industry that once thrived on being the first to report breaking news.

Overall, the publishing industry has undergone a rapid transformation as a result of technology, and it will have to continue to evolve in order to survive. As publishers and other media companies all fight to monetize their content, it will be more important than ever for publishing companies to use the historical reputations they've earned over the decades to their advantage if they want to avoid becoming the buggy-whip sellers of the 21st century.