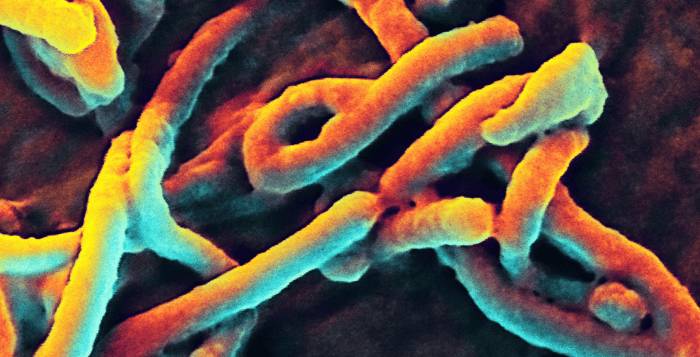 With 1,048 people infected and 1,013 lives lost, this year's Ebola epidemic is now the worst in history, according to the World Health Organization. But the virus's death toll isn't the only thing to worry about. The economic consequences could be enormous.

The economic cost of Ebola
The World Bank crunched the numbers, and according to its calculations, emerging zoonotic diseases like Ebola have economic costs that have ranged from $500 million to $50 billion in the past. The 1998 Nipah Virus epidemic in Malaysia, for example, cost $671 million in lost productivity and disease control, it says. That decade's outbreak of Plague in India was likely three times as expensive, while SARS cost almost $50 billion in 2003. 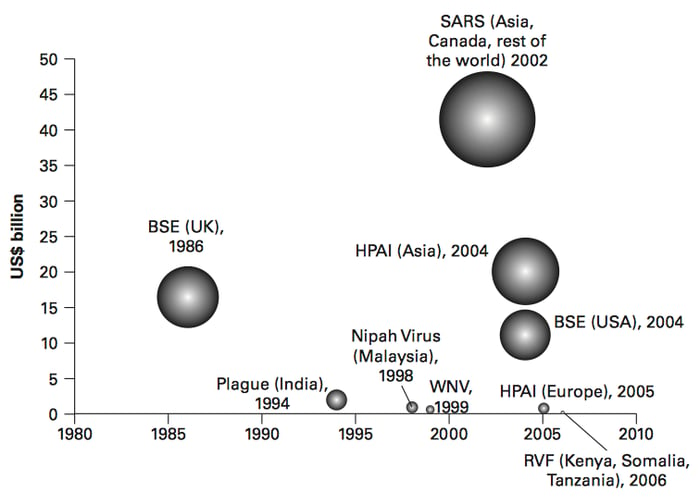 As the World Bank notes, however, none of these outbreaks developed into a global pandemic. If that were to happen, with Ebola or another disease, it estimates the economic cost could hit $3 trillion -- nearly 5% of the world's GDP.

"Because a novel flu virus could infect 30%-40% of all people, in a worst-case scenario, business and consumer confidence would plummet, worker absenteeism would rise sharply, and public services would falter," the organization wrote last year.

Another study from the World Bank indicates that efforts to avoid infection -- in the form of reduced travel and discretionary spending -- would account for 60% of all costs. Illness and missed work would be responsible for 28% of GDP losses,, while mortality -- and the resulting reduction in productivity -- would account for the remaining 12% of costs.

What companies could be affected?
There's no way to predict which companies would be hit the hardest by an Ebola pandemic. But the history of SARS can give us a clue. As Reuters points out, last decade's outbreak in China had a direct effect on airlines -- Asian and North American carriers lost a total of $7 billion in revenue in 2003.

According to the outlet, travel companies Orient-Express, Priceline.com, and Navigant International were also negatively affected, in addition to tech firms like Cirrus Logic and Oracle, which were harmed by spending cuts and fewer orders from Asia. As expected, retailers of all shapes and sizes, from Estée Lauder to DuPont, also reported weakness.

What's next?
As The Motley Fool recently explained, regional mining companies could be adversely affected by the Ebola outbreak. British Airways also temporarily suspended flights to Sierra Leone and Liberia, and Emirates won't fly to Guinea for the time being, The Wall Street Journal reports. Because the Ebola epidemic is centered in the Third World, though, it's unknown if corporations will be affected to the same degree as they were with SARS. The World Review, for one, reports the virus has cost the Liberian economy $12 million so far .

The future is uncertain. Ebola's pandemic potential and the loss of life in West Africa warrants the United States and the rest of the world's governments to take it seriously. Just last week, the WHO declared the virus an "international public health emergency." President Obama has since approved the usage of an experimental Ebola serum in Liberia, known as ZMapp. According to a fact sheet about the drug, ZMapp was jointly created by Mapp Biopharmaceutical, LeafBio, Defyrus, the U.S. government, and Canada's Public Health Agency.

"Mapp and its partners are cooperating with appropriate government agencies to increase production as quickly as possible," a statement says. Early results are mixed, but with any luck, health officials can manage the outbreak before it worsens.

To learn more about how to help treat the sick and halt the spread, follow the link.

Ebola Virus: What Are the Economic Costs? @themotleyfool #stocks Next Article
Current