SolarCity (NASDAQ:SCTY) is at the forefront of the rooftop solar industry. One of the key reasons is a novel approach to financing the systems it installs. However, solar hasn't yet taken the country by storm. Some states have more installations than others, and it isn't playing out the way you might expect. For example, the Northeast has more solar going on than the much sunnier Southeast. Why?

The sleeping giant
SolarCity spokesman Will Craven describes Florida as the "sleeping giant" of the solar industry. That's because there's lots of sun, lots of roofs, plenty of customer requests, and still no solar industry to speak of. In 2013, for example, Florida installed a whopping 26 megawatts of solar power, enough to place it 18th on the list of largest solar installers. Now juxtapose that against the fact that, according to the Solar Energy Industries Association (SEIA), Florida ranks third for solar potential.

So what's going on? Here's one reason: Would you pay as much as $40,000 to install a solar system on your roof? Even a small system will set you back nearly $20,000. That's a lot of cash up front, no to mention the headache of getting the project through local red tape.

That's why companies like Sunrun (which provides the above estimates on its website) and SolarCity are having such an impact. These installers take care of the permitting, construction, and upfront cost, leasing the systems or selling their power (via a power purchase agreement) to the homeowner. That makes solar a viable option when you don't happen to have $40k kicking around.

So what about Florida
Even with this, the math works better in states that support solar with rules that force local utilities to buy excess power from rooftop solar systems, known as distributed power, and in states in which incentives help cover the cost of installation.

However, some utilities complain that being forced to buy electricity from customer rooftops costs them more than it benefits them, and that customers without solar end up paying the cost. While regulators in many states have decided that supporting solar is worth the ire of power generators, others are more leery.

For example, when a college in Virginia wanted to install solar power on its rooftops it was sued by the local power company. The power company essentially won, as the college altered its lease agreements to forgo tax benefits. The end result was that the ultimate cost of the solar system went up. It's far easier for a large entity like a college to cover the cost of a solar installation than the average Joe. 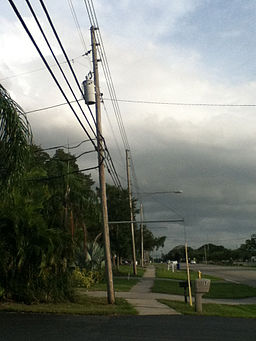 Now back to the Sunshine State. Florida has no renewable power mandates for utilities, which means there's little incentive for a utility to cooperate or help customers become erstwhile competitors. And Florida doesn't allow power purchase agreements, one of the key financial arrangements that installers like SolarCity rely on. In other words, Florida has major road blocks to wider solar adoption.

And Florida isn't alone, for example while the SEIA highlighted that 37 states had some form of renewable mandate, or at least goals, in early 2013, the Southeast (spanning from Louisiana to South Carolina) was notably devoid of these solar supporting initiatives. Only three of the six states had mandatory net metering rules last year (one had voluntary utility programs). In the end, only one state from the Southeast, Georgia (90 MW), made the top 10 in solar installations in 2013.

Action via inaction
While it would be hard to suggest that states are actively looking to stop solar progress, there are times when doing nothing is really doing something. And by making the choice not to support solar installations as strongly as other states, or at all in some instances, the U.S. Southeast has made it very difficult for those who want solar on their rooftops to get it.