Before Amazon.com's (NASDAQ:AMZN) Fire Phone launched two months ago, the tech world buzzed about the company's plans to bring a competitive handset to market. But although the Fire Phone boasts high-end specs, the unlocked $650 price tag matched the cost of flagship devices from Samsung (NASDAQOTH: SSNLF) and Apple (NASDAQ:AAPL), leaving many to question whether the Amazon product could gain serious traction.

On top of that, some reviews argued that the Fire Phone didn't stack up to the competition. The Wall Street Journal said the Fire Phone doesn't match the iPhone 5s or the Galaxy S5 offerings beyond coming in at the same price: "The comparison seems almost unfair, but it's the one Amazon wants us to make."

But it's not as if Amazon isn't up for a fight. The company just updated the Fire Phone software, bringing some much-needed improvements.

Here are five ways the phone just got better: 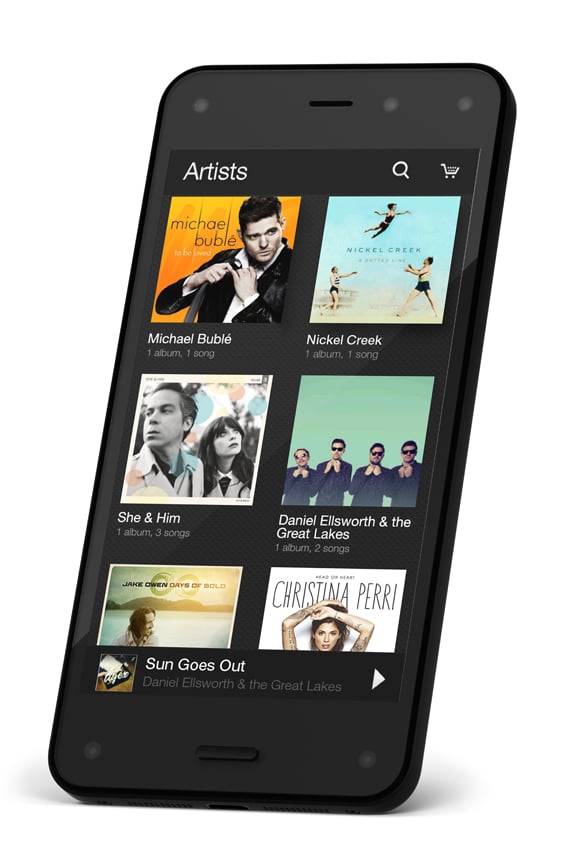 1. Quick switch: Just like the iPhone, the Fire Phone can now switch between apps, or close opened ones, if the user double-presses the home button. It's a simple upgrade, but puts Amazon's device a bit more on par with the competition.

2. App collections: Instead of continually scrolling down to hunt for the phone's apps, users can now batch apps and other content into folders right on the Fire Phone's app grid.

3. Pin to the carousel: Users can now add apps and other shortcuts to Fire Phone's carousel of recently opened content. This might not be the strongest of the updated features, but it makes it easier for users to quickly access their content.

5. Better battery life: Amazon said in a press release that "dozens of system updates" in the new software release will increase the phone's battery performance. This is always a welcome feature for any smart device, but particularly so for the subpar battery life in the Fire Phone.

It's not all that surprising Amazon is adding these particular updates. As this Amazon video shows, some of Fire Phone's built-in features can be complex and not all that intuitive. By simplifying some of the functionality through the update, Amazon might reach a few new users who are looking for something truly different than what Apple and Samsung offer.

Foolish thoughts
But even with this latest OS update, I find it hard to believe Amazon can truly compete in the high-end space with this phone.

The device runs its own forked version of Android, so true Android users accustomed to the Google Play Store will be disappointed in the number of available apps. Though Amazon is always adding to the numbers, the vast majority of app developers focus on Android and Apple's iOS first, so there will always be a delay before Fire Phone users have access to the apps everyone else enjoys.

In addition to the software update, I think the Fire Phone would benefit from a significant price reduction. A teardown of Amazon's phone shows it costs about $205 to build. That's $6 more than the iPhone 5s and $51 less than the Galaxy S5. Samsung and Apple have built up loyal smartphone followings over many years, and it's going to take more than the introduction of a similar-priced alternative device to lure consumers away.

While Amazon's latest update is a definite improvement over the current system, the company needs to offer a lot more than incremental software improvements if it wants to truly disrupt the smartphone market.