You may not be familiar with VF (NYSE:VFC), but you are probably well-acquainted with some of its most popular apparel brands, including The North Face outdoor gear, Lee jeans, and JanSport backpacks. The full portfolio of the company's brands is pictured below. 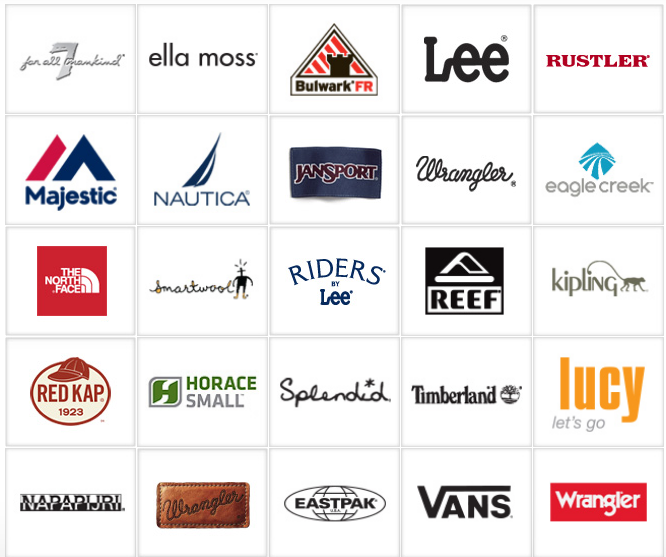 While VF's stock has returned 150% over the last three years, there's reason to believe there's still room left for the company to run. An increase in stock price isn't a sure thing, but here are the top three reasons why shares could rise.

Strong brands, at home and abroad

When one company has so many brands underneath its umbrella, it's important to know which segments have the most effect on the bottom line. In VF's case, the most important segment is outdoor and action, which has grown sales by 15% so far this year and accounted for 55% of all revenue.

Within that segment, the three most important brands seem to be The North Face, Vans, and Timberland.

VF doesn't break out sales numbers for each brand, instead offering percentage growth. Here's how the three main brands fared during the second quarter in locations across the world. 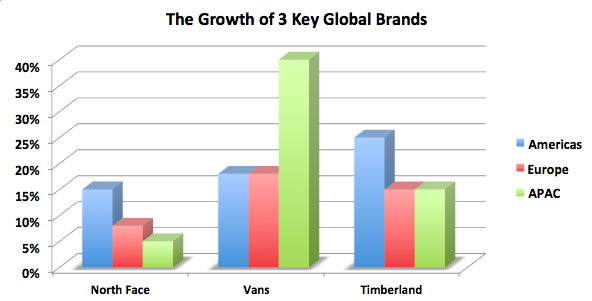 The strength of these three brands, both at home and abroad, is encouraging for investors and will be a key driver of growth moving forward.

A booming direct-to-customer channel
Historically, VF sold its branded clothes to retail stores that would then sell them to end customers. But the company is now making a focused push to open up its own retail locations--and make it's e-commerce site more popular--so that it can sell directly to customers.

A VF location in Indiana. Photo: Marcusmax, via Wikimedia Commons.

Though there are high start-up costs associated with operating its own sales locations, the company can achieve far better margins on its goods. Over time, that cancels out the start-up costs and provides significant leverage for the business.

VF presently has 1,299 store locations. Though management hasn't provided an end-goal for direct-to-consumer locations, they plan to open 150 new stores in 2014 and have stated that they expect the channel's revenue to, "continue to grow at a faster pace than VF's overall growth rate."

The strategy seems to be working, too. Here's a look at how sales via the direct-to-consumer channel have grown in each of the last seven quarters. 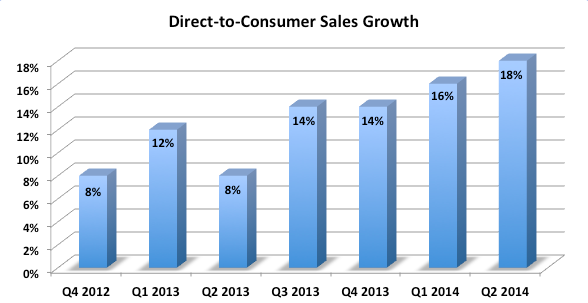 All growth figures given are year-over-year comparisons. Source: SEC filings.

As more stores enter the company's base, these numbers are bound to come down. But with each additional purchase made at a store-owned location -- instead of via a different retailer -- the company is able to bank a larger profit margin.

A steadily growing dividend
As things stand right now, VF Corp offers a relatively small 1.7% dividend yield. While that may not excite investors right now, the future potential of the payout should.

For starters, the company has been aggressively upping its payout for over a decade. Its dividend has grown by 15% annually for the past decade. That means someone who bought the stock 10 years ago is getting a yearly payout that is three times higher than it originally was.

What's more is the fact that there's lots of room for that dividend to grow. Since 2011, free cash flow has grown by 15% per year. And as you can see below, the dividend payout ratio is still at a very low 33%. 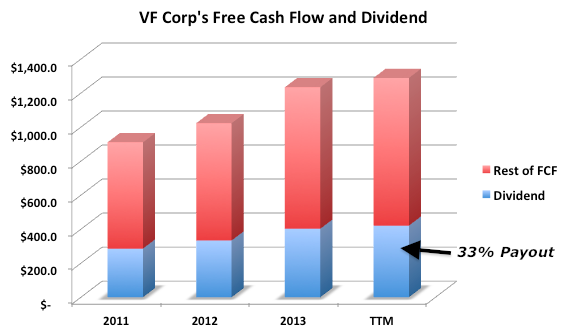 When you combine the company's strong brands, an expanding, high-margin direct-to-consumer channel, and the potential for future dividend growth, you've got a stock that could easily keep its run going for the foreseeable future.