The freemium model has taken the mobile gaming market by storm, and Apple (NASDAQ:AAPL) is growing wary of it. That has potentially game-changing (pardon the pun) implications for companies who have built their fortunes on freemium titles, such as King and Glu Mobile, among others.

Without fail, nearly every title in the Top Grossing charts of the iOS App Store is free but offers in-app purchases. Apple gets its standard 30% cut of in-app purchases, so why is it fed up with the freemium model?

"Apple is frustrated."
Polygon recently interviewed Stoic, the small indie game developer behind The Banner Saga. The role-playing game was released on PC last year, but Stoic is now preparing to bring the title to iOS. Most of the technical work is already done, but now Stoic just has to figure out how to price the game.

The challenge is that the app market has become so competitive that consumers balk at premium app prices. For obvious reasons, this trend frustrates developers to no end, since it makes app monetization quite difficult. It turns out that Apple shares that frustration. Here's Stoic co-founder John Watson:

Apple is frustrated, along with everybody else, about the mentality that's gone rampant in mobile app markets, where people don't want to pay anything. They want to pay as little as possible. They think that four dollars is an exorbitant amount to pay for a game, which is very illogical considering most people's lifestyles. They'll spend $600 on an iPad, and $4 on a coffee, drop $20 on lunch, but when it comes to spending four or five dollars on a game, it's this life-altering decision. I'm frustrated with that too.

Apple has been advising Stoic on how to price The Banner Saga, and Stoic's other co-founder Arnie Jorgensen says that Apple is encouraging the developer to "go higher-end."

Candy Crush Saga crushes it, but King is getting crushed
Consider King's blockbuster hit Candy Crush Saga. The addictive freemium title accounted for 67% of King's total gross bookings in the first quarter. Gross bookings were $641 million during that quarter, putting Candy Crush's take at $429 million. Apple's cut of all those extra moves, extra lives, and lollipop hammers would depend on King's platform mix, which is not directly disclosed.

King did say that 75% of total bookings came from mobile, without breaking out iOS and Android specifically. If iOS is just half of Candy Crush, then that's nearly $65 million for Apple from one freemium game in one quarter.

In the second quarter, King made some progress with diversifying, with Candy Crush Saga only contributing 59% of gross bookings. 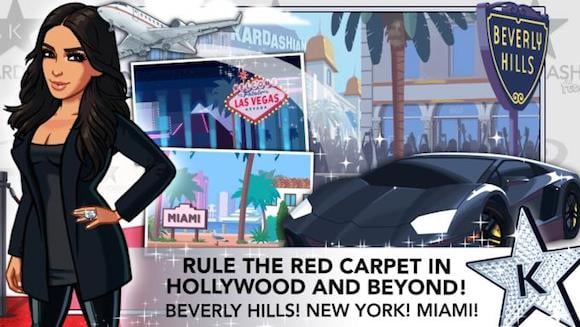 However, that ignores the cut that goes to platform operators like Apple and Google. Google tends to share its portion with distribution partners, and again Apple's share would depend on platform mix. Still, Apple also stands to cash in alongside Kim Kardashian in a big way if the game can sustain its success. Shares have come back as the hype dies down.

Premium can't compare to freemium
Apple has a deep philosophical appreciation for good design. That includes product design along with software design. Apple has annual Design Awards for both iOS and OS X. One of the 2014 winners was Monument Valley, which Apple then featured prominently in the App Store. Monument Valley costs an upfront $4 on either iOS or Android, and does not offer in-app purchases.

How well does an elegantly designed game with a premium price tag fare after getting various types of promotion from Apple? Developer ustwo recently disclosed that the title has sold 1 million copies. Before factoring a temporary price cut to $2 or the share to platform operators, that's upwards of $4 million in gross revenue. We do know that over half of those sales were on iOS (it sold 500,000 copies on iOS before the Android version was released), so Apple's share would be just over $600,000.

Revenue from promoted premium games can't compare to what freemium titles bring in.

The dark side of freemium
There are several possible reasons why Apple may be tired of freemium. First off, it settled a class action lawsuit just last year over excessive in-app purchases made by children, offering refunds to parents. European regulators are even cracking down on both Apple and Google, prohibiting the companies from marketing apps as "free" if they offer in-app purchases.

Even beyond kids, in-app purchases largely succeed with games that are highly addictive rather than well designed. Most people would agree that addiction is negative, and perhaps Apple is morally opposed to profiting off addiction.

Apple encouraging premium games over freemium games doesn't mean it will stop supporting in-app purchasing. For now, freemium developers can still sell virtual goods to their hearts content, but eventually a day may come when freemium fatigue sets in among consumers.

Apple, Inc. Is Wary of Freemium iOS Games And You Should Be Too @themotleyfool #stocks $AAPL Next Article
Current