In 2004, two scientists working at the University of Manchester discovered Graphene, a substance that Steve Connor, science editor of the UK's Independent newspaper has called "the scientific find of the century."The Nobel committee agreed and in 2010 Graphene's discovery won the Nobel Prize in Physics.

The magic that is graphene 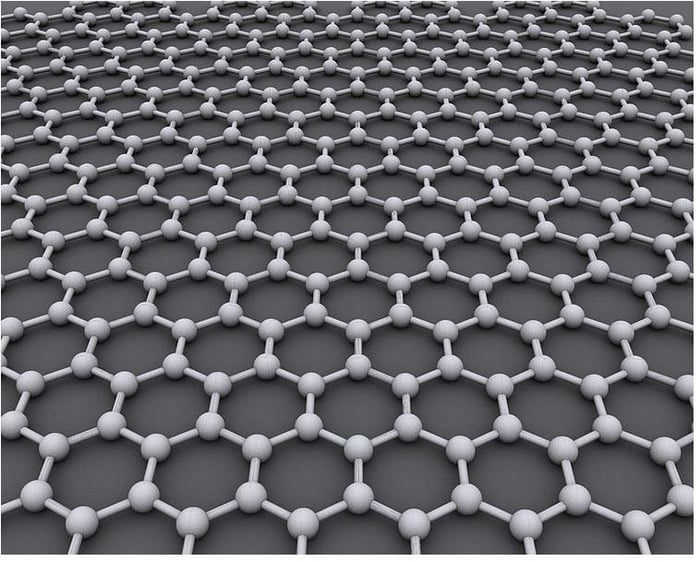 Graphene, which was originally derived from graphite (found in pencil lead), is a single layer sheet of carbon atoms that has  amazing material characteristics. For example, it is the strongest material in the world, more than 100 times stronger than diamond in fact.

It is also completely flexible and highly conductive and likely to revolutionize many industries in the coming decades including electronics, material sciences, and medicine. This article will focus on how this wonder nano-material might change smartphones forever.

Graphene, in addition to its amazing strength, it is remarkably thin. For example a single ounce of graphene could cover 28 football fields. This property has the potential to revolutionize smartphones in extraordinary ways.

According to the American Chemical Society, "Touch screens made with graphene as their conductive element could be printed on thin plastic instead of glass, so they would be light and flexible, which could make cell phones as thin as a piece of paper and foldable enough to slip into a pocket. ... Because of graphene's incredible strength, these cell phones would be nearly unbreakable."

In fact, the ultraflexible nature of graphene will eventually allow for electronics that can wrap around your wrist, making it ideal for future versions of the highly anticipated iWatch.

Charge your phone ... in five seconds
At UCLA's California NanoSystems Institute, Dr. Richard Kaner and his graduate student Maher El-Kady are working on graphene-based micro-supercapacitors that could make all current battery technology obsolete. Their technology promises the same energy density as traditional lithium ion batteries but would be able to charge 1,000 times faster, in as little as five seconds for a battery the size of an iPhone's.

Three additional benefits to this team's efforts are the fact that the technology is highly environmentally friendly, exhibits extreme flexibility, and should prove cheap to commercialize. For example, not only are graphene supercapacitors nontoxic and biodegradable but they can even be composted.

In terms of flexibility, these supercapacitors are highly bendable and twistable, making them ideal candidates for powering future wearable technology, flexible displays, and even e-paper.

To help bring this technology to market cheaply, the Dr. Kaner's team has been able to manufacture their supercapacitors using commercially available DVD burners. According to Maher El-Kady, one of the co-creators of this technology: "Using this technique, we have been able to produce more than 100 micro-supercapacitors on a single disc in less than 30 minutes, using inexpensive materials."

Dr. Kaner's team is currently working with Maxwell Technologies, a manufacturer of carbon-based supercapacitors and other energy storage devices, as well as looking for other industry partners to bring this miracle technology to market as soon as possible.

Smartphones that never run out of power
Graphene, due to its ultrathin nature and high conductance, has the possibility to greatly increase the efficiency of solar panels.

That fact, when combined with research out of the University of Sheffield (in the UK) could allow for smartphones that never run out of energy.

Researchers at this University are working on revolutionary spray on solar technology utilizing a mineral crystal structure called perovskite, which is composed out of calcium titanate; a substance that's found all over the world.

The benefits of perovskite over silicon solar technology is that its much cheaper to obtain and can absorb light in layers 180 thinner than silicon.

According to Professor David Lidzey, the lead researcher on the project, "There is a lot of excitement around perovskite-based photovoltaics. ... Remarkably, this class of material offers the potential to combine the high performance of mature solar cell technologies with the low embedded energy costs of production of organic photovoltaics. Perovskite cells now have efficiencies of up to 19%. This is not so far behind that of silicon at 25% -- the material that dominates the worldwide solar market."

The practical applications for this technology include high-efficiency solar panels that could be coated on personal electronics and cars. In fact the same nozzles used to coat your iPhone could also be used to install solar panels all over your Tesla. Thus, this technology could prove instrumental in reducing the cost of solar power going forward.

Graphene, being highly conductive, nontoxic, lightweight, and completely transparent, would make an ideal substrate material for this technology.

How close is the Graphene age?
Despite graphene's amazing promise, the technology mentioned above is still several years away from winding up in your iPhone for three main reasons. First, graphene's discovery is just ten years old and materials scientists are still in the experimental stage of discovering what it can do.

Second, to commercialize graphene products economically, it would require large scale manufacturing facilities. Right now scientists are still experimenting on how to best manufacture graphene, much less incorporate it into consumer goods.

Finally, the intellectual property for graphene is very valuable and largely in the hands of Asian research institutions. In fact China and South Korea hold 43% of graphene related patents, with the US holding 23%. Six of the top 10 patent holders are research universities, with four companies, (IBM, Sandisk, Samsung and Xerox) dominating the field.

To fully realize the benefits of graphene will take time, to both invent and refine the manufacturing process of this wonder compound, and for the universities that own the patents to license the intellectual property to companies that can do so.

Bottom line
Graphene's potential implications on your smartphone are amazing to contemplate. Near instant charging and spray on solar technology that means you never run out of power on a phone that's amazingly flexible, thin, lightweight, and nearly unbreakable. Though the technology is still a few years away from commercialization, the end product should prove well worth the wait.