News outlets have been abuzz this week with the announcement that American fast-food chain Burger King (NYSE:BKW.DL) would acquire beloved Canadian doughnut shop Tim Hortons (NYSE:THI.DL); the deal also entails BK relocating its corporate headquarters to Canada. As a result, many have suggested this is one more example of a distinctly American company moving simply for the sake of a tax break.

While that is news in and of itself, another attention-grabbing tidbit has been that Buffett's Berkshire Hathaway (NYSE:BRK.A)(NYSE:BRK.B) will provide $3 billion of the $15.5 billion in required financing for the deal.

It has caused many to question Buffett's true allegiance to his opinion that taxes for the wealthiest Americans should be raised in an effort to to better sustain our economy that he voiced in 2011.

[S]ome commentators on Twitter are calling Mr. Buffett, the head of Berkshire Hathaway, a hypocrite and branding him unpatriotic for supporting a company's move to Canada from the United States.

And it wasn't just Buffett that received scorn, as Senator Sherrod Brown, a Democrat from Ohio, released a statement in which he said:

Burger King's decision to abandon the United States means consumers should turn to Wendy's Old Fashioned Hamburgers or White Castle sliders. Burger King has always said 'Have it Your Way'; well my way is to support two Ohio companies that haven't abandoned their country or customers.

But all of this public scorn and ire directed toward Buffett, Burger King, and Tim Hortons misses two critical realities about the entire situation.

The reason for the relocation
First, relocating Burger King headquarters to Canada is sensible from simply a business perspective. Consider the facts of the deal: 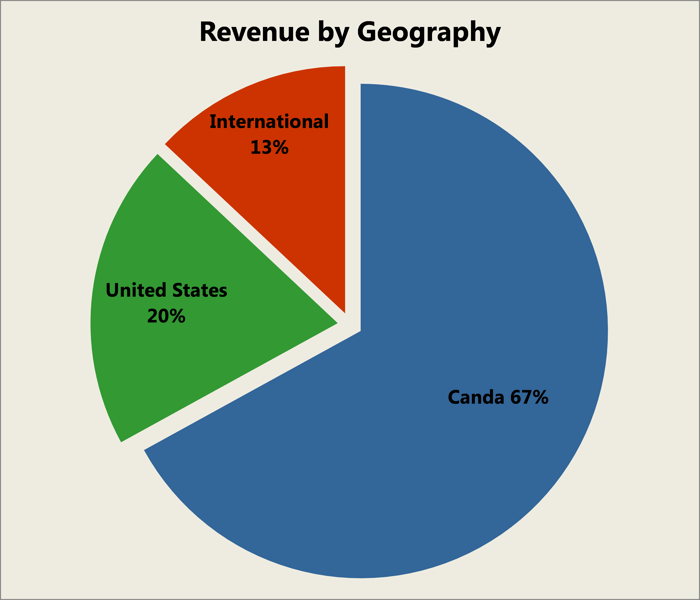 And as the company itself showed -- as seen in the chart to the right -- two-thirds of the revenue recognized by the newly merged company would be in Canada.

This is why Buffett told  the Financial Times:

Also note that these companies franchise out their restaurants. That means individuals are able to license the stores, but have to pay a certain amount back to the parent company.

As a result of this arrangement, while Burger King as a whole had more total sales in 2013 than Tim Hortons -- $16.1 billion versus $6.4 billion -- the amount available to the restaurants themselves -- and thus their shareholders -- will principally be in Canada.

The fact of the matter is that all the numbers support Burger King suggesting Canada would be "the natural location for its headquarters."

The benefit to Buffett and shareholders everywhere
Just because the company will be headquartered in Canada does not mean the tax dollars collected by the U.S. government will dry up.

While Burger King as a corporation will relocate to Canada, its franchisees will not. While total stores sales stood at $16.1 billion last year, just $1.2 billion was available to the company itself -- meaning the rest went to those who own the franchised restaurants. It's not as though all of those dollars will now flee the country.

In addition, a first glance reveals the deal makes sense from a business perspective for all of the parties involved. Berkshire Hathaway (and thus its shareholders) will boost its profits thanks to the 9% dividend it collects on the preferred stock it issued.  Another $270 million to its bottom line is undeniably a good thing.

As a result, if you're only looking for taxes, higher returns mean higher taxes. Not to mention, with private equity firm 3G Capital -- which partnered with Buffett on the Heinz deal and has delivered incredible returns as profits rose by 47% in less than a year -- owning half of the new company, individual investors that own the stock should benefit.

Of course, taxes shifting from companies to individual investors does cause a bit of unrest.

But it's critical to remember that ultimately the only cause for higher taxes would be if the new company's profits and returns delivered to shareholders also increased.

The Foolish bottom line
While it is far too early to tell what the result of this deal will be, all signs point to this move being a win for the shareholders of each and every company involved. And while the discussion surrounding taxes is an entirely different conversation, at least on one side, this move should likely be applauded.