Recently, mortgage giant Fannie Mae revised its forecast for the U.S. housing market, and the news is not too good. Basically, thanks to a weak first half of 2014, Fannie now thinks total home sales will actually be lower in 2014 than they were in 2013, and that 2015 won't be much better.

While this makes sense, because a lot of catalysts that drove sales last year are no longer there, what could this mean for the U.S. real estate market going forward? And what if the negative trends become even worse?

Home sales have been lagging in 2014 for a few reasons. First of all, the year got off to a rough start because of the brutally cold winter weather during the first few months. And even as the weather thawed, the market didn't pick up quite as much as experts thought it would.

There were two big catalysts last year driving home sales that aren't present anymore. First, for the first half of 2013, mortgage rates were ridiculously low. The 30-year rate dipped to just above 3.3% at one point, and rates remained below 3.75% until summer. Now, even though rates are still very low on a historical basis, at around 4.1%, they are not the magnetic draw they once were. 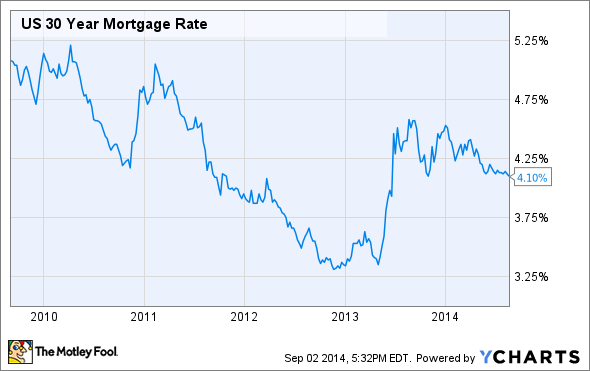 Secondly, homes are simply much more expensive now. No matter how low your mortgage rate is, if the home is too expensive, you can't buy it. Period. 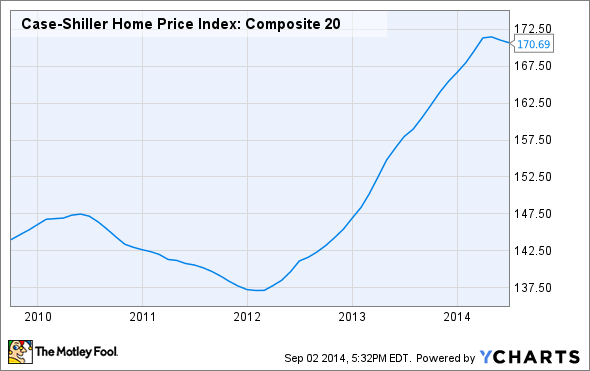 However, a more telling statistic is the year-over-year change, and sales are indeed down by 4.3% from last July's levels. Also, the inventory of homes on the market is up 5.8% year over year to its highest level in almost two years.

So, why are builders so optimistic?
Despite the downward revisions in the forecast, home builders are surprisingly confident. In fact, the most recent data shows they are the most confident they've been so far this year.

They seem to believe that low mortgage rates and job growth will lead to strong sales and higher prices over the coming months. Some builders are even reporting a noticeable increase in the number of serious buyers coming into the market.

However, the builders still have to contend with the higher prices and the potential of rising mortgage rates. Plus, the very tight credit standards right now could make it tough for a lot of "serious buyers" to obtain a mortgage.

The laws of supply and demand could make a big impact
My natural instinct is to say that rising inventories combined with lower projected home sales could cause a dip in U.S. home values. This is especially true if confident home builders continue to add even more homes to the market.

Basic laws of supply and demand say that when you provide more inventory of a product than people are willing to buy, prices will go down until the market reaches equilibrium. And at the current pace of sales, it would take a half month longer to sell the inventory that's currently on the market.

While prospective buyers certainly wouldn't mind if home prices came back down, it could be rough for the economic recovery. Because homes have regained so much of their lost value, many homebuyers once again have positive equity in their homes. And if prices were to decline, millions of U.S. homeowners could once again find themselves underwater, which would be a very bad thing.

What negative equity does is eliminates options. If you owe more than your home is worth, you can't sell it unless you want to come out of pocket to make up the difference. And, when times get tough, homeowners with equity in their homes are more likely to do anything they can to make their payments and keep their home. Being underwater can make letting the home go into foreclosure seem like a better option.

With inventory already high, the market doesn't need a new influx of foreclosures, nor does it need a lot more people to be "stuck" in their homes at a time when the market could really use more buyers. If prices begin to drop, this could start a dangerous cycle of price drops.