Corporations are in business to make money, and later deliver it to shareholders. So why, as someone who owns two classes of General Motors (NYSE:GM) warrants, am I fine with the automaker losing money on the Chevrolet Volt?

Because I use a Volt as my daily drive, I already know GM has built a well-functioning advanced car. But how does GM justify the cost of this plug-in hybrid-electric vehicle, or PHEV, to profit from focused markets?

How much does GM actually lose?
Soon after the Volt's launch, many people were shocked to hear that GM was losing $250,000 on each Volt. About a year later, Reuters reported that GM was losing nearly $50,000 on each Volt. But as former GM vice chairman, "father of the Volt," and car enthusiast Bob Lutz notes, these figures are very misleading, and do not follow automotive company accounting. 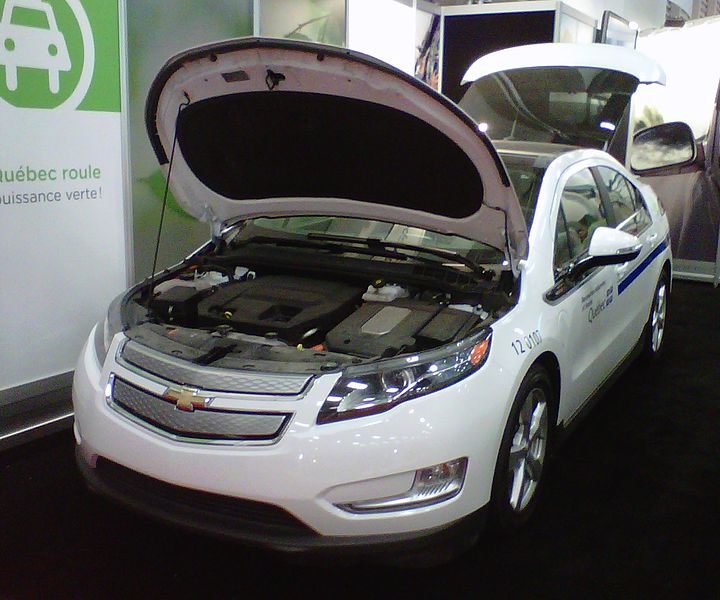 In a Forbes article responding to the Reuters report of the $50,000-per-Volt loss, Lutz noted that the report obtained its cost per Volt by dividing the car's development costs by the number of Volts produced at the time. Although Lutz did not mention the $250,000 loss in this response, closer examination shows that it, too, is derived from this faulty method.

Lutz goes on to note that in proper automotive accounting, costs of development are spread over time, and not applied just to the units already produced. In his calculations, Lutz finds the 2012 Volt was running fairly close to breakeven, with a possible small loss when development costs are factored in.

Technology has value
To keep the Volt price-competitive, it makes sense for GM to continue losing a small amount on each car. However, this doesn't mean the Volt is a failure. Lutz brings up the Toyota Prius as one example of a car that lost money at first, yet became a sales success during the next decade.

To remain competitive in the marketplace, GM needs to keep up with the latest technology and not fall behind when it comes to potential game changers like electric vehicles. In this respect, the Volt allows GM to develop its electric technology to better compete in the future.

Volt derivatives
The Volt was GM's first model for its reentry into electric vehicles, and its first ever PHEV. Consequently, the Volt has received almost all of the PHEV-related attention directed at GM, but the PHEV technology developed for the Volt clearly has applications beyond the Volt itself.

GM has already introduced the Cadillac ELR, a PHEV with technology based on the Volt's. This PHEV sports coupe targets the luxury market with a price tag of $75,000 before the federal tax credit. By launching this car, GM is giving the markets a taste for what the Volt technology could become by using it to add an PHEV to its luxury line.

Because the Volt was the first PHEV launched by GM, it has become a platform for new electric technology to grow from. In this way, the Volt has the potential to follow the Toyota Prius, which was originally a unique, money-losing hybrid that has branched into a line of four Prius vehicles. Not only has the Prius led to its own line, but the hybrid technology behind the car has found its way into other Toyota vehicles, including the Avalon Hybrid, Camry Hybrid, and Highlander Hybrid.

Building a greener image
A positive corporate image is important for many major companies that hope to appeal to customers' socially responsible side. For many of these customers, environmental friendliness is a factor in deciding where to purchase products.

For a company like GM, known for turning out gas-guzzling SUVs and pickup trucks, the Volt and its derivatives show these customers the automaker has a green side. Whether or not these customers pick a Volt or another GM vehicle, it does allow GM to sell its brand as being more eco-friendly.

Capturing new customers
Taking customers from rival auto brands can be difficult, especially when they are loyal to a specific model. But the Volt has done just this by making new GM owners out of many customers.

In a press release from early August, GM noted that 7 out of 10 Volt buyers in the 2013 calendar year traded in a non-GM vehicle. The Volt has been particularly successful in taking on a Toyota brand staple: the Prius, which accounted for the majority of these trade-ins.

Not only is the Volt taking ground for GM, but it looks like it will hold on to the newly captured customers, with more than 90% of Volt owners over the past three years saying they "would definitely buy a Volt again." So not only is the Volt bringing in customers from other brands, but it's giving them a good first-ownership experience with GM.

Taking the long-term view
Major automakers routinely spend billions of dollars per year on research and development because it is essential to remain competitive in the marketplace. With the Volt program, GM is obtaining this benefit and much more. The Volt is capturing new customers and building a better corporate image; as a result, I can say, as both a Volt driver and GM investor that, I'm fine with GM losing money on the Chevy Volt.