It sure had a good run, but Apple (NASDAQ:AAPL) has finally killed the iPod Classic. For years, rumors of the iPod Classic's death were greatly exaggerated, since the device was last updated in September 2009. That's five years without any updates. But, as of yesterday, Apple no longer sells its iconic music player.

It's about time Apple axed the device.

The writing's been on the wall
Over the years, iPods have slowly declined in financial significance as a product category, a natural and expected victim of iPhone cannibalization. Total reported iPod unit sales have steadily continued lower, and the iPod Touch comprises the majority of those sales anyway. Apple used to regularly note on earnings calls that over half of iPod units were iPod Touch models, but it stopped disclosing that tidbit (not that the situation is likely to have changed). 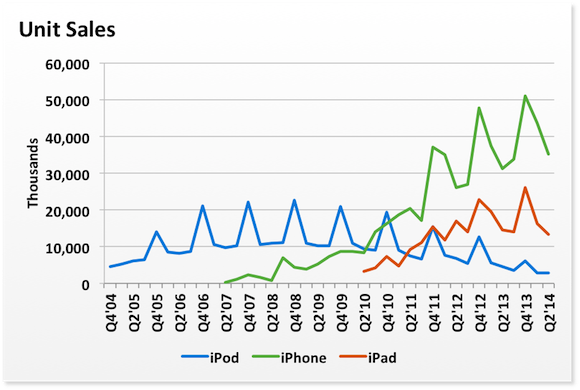 In fact, Apple's accessories business is now larger than its iPod business. That includes first-party and third-party accessories, as well as hardware peripherals. iPod revenue is just 1.4% of trailing 12-month revenue, lower than the 3.3% of revenue that comes from accessories. 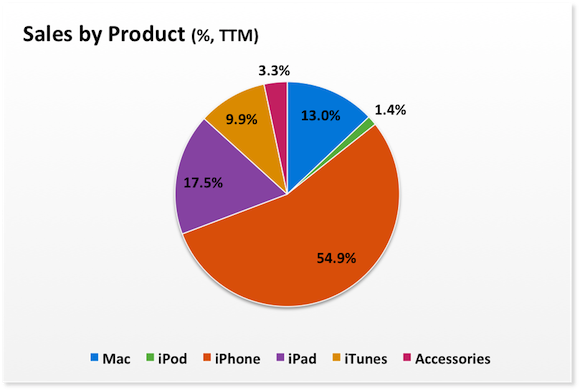 Priced at $249, the iPod Classic competed directly with the iPod touch (which starts at $199), although it offered a different value proposition: mass storage. Apple would prefer users get hooked on iOS, which would increase the likelihood of eventually upgrading to an iPhone. Furthermore, the days of mass music storage for the mainstream consumer are gone.

The times, they are a-changin'
The secular shift toward streaming models has been playing out for years, and Apple long resisted the idea. Steve Jobs was philosophically opposed to subscription models, but that hasn't stopped the broad shift in consumer preference. The iPod Classic's death could also be viewed as a symbolic surrender to streaming models, and the timing is no coincidence.

R.I.P.
Killing the iPod Classic could also help streamline Apple's supply chain. It was one of the few remaining vestiges of traditional hard disk drives within the product lineup, and Apple has been aggressively shifting toward solid-state drives. Hard disk drives still exist in certain products, including some Macs, but they are a thing of the past.

Additionally, Apple can now retire all of its iPod Classic manufacturing infrastructure, which has likely been mostly depreciated at this point as the device ran its course. It's highly unlikely that Apple has dedicated any other resources, such as software development, to the aging iPod.

To its credit, the iPod Classic did outlive Microsoft's beleaguered Zune by almost three years, as the software giant's music player met its demise in 2011. Rest in peace, iPod Classic.