One feature makes the Galaxy Note Edge the most exciting phablet yet -- but it could also be its downfall. 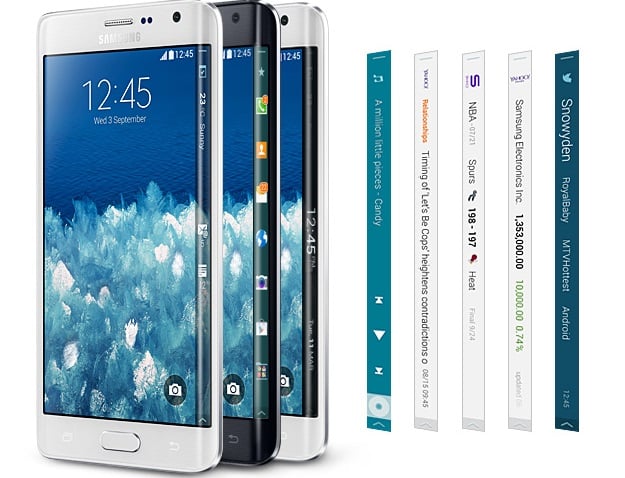 Samsung's Galaxy Note Edge could run into problems because of its curved display. Image source: Samsung.

While the Galaxy Note 4's claim to fame seems to rest largely with incremental upgrades -- notably including a sharper screen, faster charging, better stylus, and improved camera -- I suggested the Galaxy Note Edge variant is the most exciting phablet yet for what its curved display portends.

The Galaxy Note Edge is not only the first Samsung device to pack meaningful utility into its curved display -- affording users easy access to notifications on the "Edge Screen," even when the cover is closed -- but it also marks an important step in the company's long-term plans for cutting-edge display technology. In fact, the Galaxy Note Edge could very well be the predecessor to the next generation of devices with foldable displays, which some have speculated could be ready for mass production as early as next year.

However, in the interest of looking at both sides of the coin, the Samsung Galaxy Note Edge could also suffer from two major problems when it is released next month.

Good luck finding it
First, according to ZDNet Korea, Samsung management has already told reporters the Galaxy Note Edge will be a limited-edition product, available only in South Korea and certain other countries.

That curved display comes at a cost
The Samsung Galaxy Note Edge's limited production will likely result in another unfortunate byproduct: a shocking price tag.

Take Samsung's interestingly curved, limited-edition Galaxy Round smartphone, for example, which hit the retail market almost exactly a year ago at a sky-high price of $1,000. Sure enough, while Samsung and its carriers haven't yet confirmed the price of either the Galaxy Note 4 or the Galaxy Note Edge, various reports from South Korea suggest the latter's price sits right around 1 million won, or roughly $966. Then again, if it's available in the U.S., carrier subsidies might knock the retail price down significantly. Even so, the Galaxy Note Edge will almost certainly sell at a premium to comparable devices without a curved display.

Can the hype last?
These two big drawbacks might be missing the point if Samsung simply aims to showcase its capabilities and give consumers a taste of what's to come. That's fair enough, but it ignores the risk that consumers might not take kindly to such a device if they associate it as difficult to find and overly expensive from the start.

I'll be sure to touch base as the Galaxy Note Edge's story progresses. But in the end, don't be surprised if the hype quickly fades.