Marijuana perception among U.S. citizens is rapidly changing. For the first time ever last year, according to a poll from Gallup, more respondents were in favor of legalizing marijuana than were opposed to its legalization. Yet, there are still few more controversial issues than whether or not to allow marijuana to be used for medical purposes.

For medical marijuana supporters there's plenty of clinical supportive evidence from companies like GW Pharmaceuticals (NASDAQ:GWPH), which incorporates internally discovered cannabinoids derived from cannabis plants into its pipeline products. GW's initial clinical studies have suggested cannabinoids could have positive effects with regard to treating cancer pain as well as adult and pediatric epilepsy. As further proof, Sativex, the company's drug designed to reduce spasticity associated with multiple sclerosis, is approved in more than a dozen countries around the world (the U.S. is not one of those countries).

Additionally, other studies have suggested that medical marijuana could be a critical component to lowering long-term healthcare costs. As we recently examined, an abstract published by JAMA Internal Medicine in August found – at least in the states where medical marijuana was considered legal through 2010 – that medical marijuana-legal states exhibited a nearly 25% reduction in opioid-induced overdose deaths.

In other words, in states where medical marijuana could be prescribed for conditions where previously only opioid therapies were available, death related to opioid overdose declined significantly. With drug diversion costing the insurance industry tens of billions of dollars annually, and hospital care costs from opioid-induced overdoses being anything but inexpensive, the correlation is that medical marijuana could greatly reduce long-term healthcare costs.

But, a new study released by the National Drug and Alcohol Research Centre in Australia this past week could send medical marijuana's proverbial house of cards crashing down.

Medical marijuana's house of cards
Clinical researchers and medical marijuana supporters have strongly focused on the wide therapeutic treatment range of medical marijuana, its potential cost savings, and the overall safety of marijuana relative to the side effects of other drugs (such as opioid-based medicines in the example above).

However, findings from this past week's study demonstrate marijuana's safety hurdles may be too tough to climb.

The study itself looked at seven key development points of daily adolescent cannabis users over an extensive time period, which included:

The findings, which included 3,765 adolescents and studied their development from adolescence until the age of 30, noted that daily marijuana users who were younger than age 17 were more than 60% less likely to finish high school or get a college degree. In addition, adolescent daily cannabis users were shown to be seven times more likely to attempt suicide, were 18 times more likely to become dependent on cannabis, and were eight times more likely to try other illicit drugs at some point later in life. 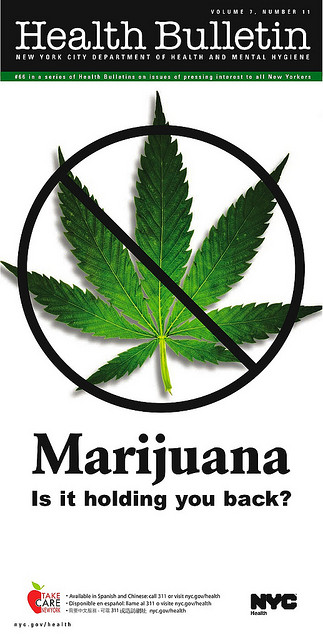 Furthermore, even after the authors controlled for more than four dozen other factors which could have affected or skewed these results, like gender, age, or socioeconomic status, there were clear and consistent negative associations with daily cannabis usage in adolescents.

The author's findings are particularly concerning given that medical access to marijuana has increased rapidly in the United States over the past decade, and two states have even legalized the drug on a recreational level up to one ounce. The study notes that 7% of all U.S. high school seniors are daily or near-daily cannabis users.

On the other hand, it's also worth noting that there are laws in place to keep marijuana out of the hands of children, so it's not as if they can simply walk into a shop in a recreation-legal state and buy marijuana. In addition, the multi-author meta-analysis here focused solely on daily cannabis use by adolescents, which are presumably more impressionable, and didn't factor in less-frequent marijuana usage for adolescents or adults, or the longer-term effects on adults. It's possible that occasional marijuana users or adults may see a much more favorable benefits profile from medical marijuana – but that's a question best suited for a completely different study rather than apples-to-oranges guessing.

To be blunt, there's a lot at stake
For both patients and state governments, there's a lot at stake here. According to the Marijuana Policy Project, California alone generates $105 million in tax revenue annually from its medical marijuana dispensaries. For Arizona, per ArcView Market Research, the estimated size of its medical marijuana market is expected to grow from $35.4 million in 2013 to an estimate $142.2 million this year. These are staggering growth figures, and for some states it supplies much-needed tax revenue dollars.

Let's not also forget that there are jobs attached to the medical marijuana industry as well. In Colorado alone there are 7,500 to 10,000 people whose job is dependent on marijuana (though, arguably a good number of those are on the recreational side of the business).

With the federal government on one side thus far unwilling to budge from its stance of marijuana as a schedule 1 drug, a growing number of marijuana supporting citizens calling for its legalization on the other end, and conflicting data on medical marijuana's long-term effects for both therapeutic benefits and detriments based on the study you read, it could be a long time before medical marijuana's fate is ultimately decided.

Is This the End of Medical Marijuana? @themotleyfool #stocks $GWPH Next Article
Current