Cortana, Microsoft's (NASDAQ:MSFT) answer to Apple's (NASDAQ:AAPL) Siri, is one of the rare bright spots for Windows Phone users, who (according to IDC) only account for 2.5% of the global smartphone market.

The personal assistant, named after the AI female lead of the Halo series and voiced in the U.S. by the actress who portrays the character, has been widely praised for offering more features than Siri or Google (NASDAQ:GOOG) Now. Cortana can link reminders to contacts, so a user can be notified of a friend's birthday when he or she calls, and learns a user's interests over time in its "Notebook" -- similar to how Google Now pulls up cards based on a user's searches and visited Web pages. Microsoft has also constantly promoted Cortana as the Windows Phone's killer app with Siri-bashing advertisements.

Since Cortana has generated a lot of buzz with positive press, one question has hounded Microsoft -- should it launch Cortana on iOS and Android to expand its Bing ecosystem, at the risk of alienating Windows Phone users?

It's all about Bing
Cortana isn't really about challenging Siri and Google Now to become the ultimate virtual assistant. The real goal is to help Microsoft's Bing ecosystem close the gap with Google.

Bing is more popular than most people think. According to comScore, Bing handled 29.4% of all searches in the U.S. in August, with 19.4% coming from Microsoft sites and another 10% coming from Yahoo!. Google controlled 67.3% of the U.S. market for the month.

Windows Phones only account for 3.4% of the U.S. market, but Bing's presence on mobile platforms is boosted by Apple, which last year made Bing the default search engine for Siri in iOS 7. Windows 8.1, which NetMarketShare estimates runs on roughly 7% of all PCs, also refers all searches through Bing by default. Windows 9 will go a step further with Cortana installed, which could be a good way to wean PC users off Google and onto Bing.

All of these services feed into Microsoft's advertising revenue, which rose 19% year over year to $4.02 billion in 2013 and accounted for nearly 5% of the company's top line. That segment includes Bing, Bing Ads, MSN, Windows Services, and Xbox ads, and is notably larger than the Windows Phone business, which generated $3.07 billion in revenue last year.

Building the Windows ecosystem
While display ads are a good source of revenue, Bing's ecosystem hasn't caught up with Google's cohesive ecosystem of apps -- Drive, YouTube, Gmail, Maps, and other services -- which straddle the mobile and PC platforms with the Android and Chrome operating systems.

Google's strategy is to tether as many users to its ecosystem as possible, so it can monetize search results through advertising and take a cut of Google Play sales. According to comScore's most recent numbers, five of the top 10 iOS and Android apps in the U.S. come from Google:YouTube, Google Play, Google Search, Google Maps, and Gmail. Microsoft doesn't have a single app on that list.

Microsoft tried to expand its ecosystem to iOS and Android before, launching apps for Bing search (which links to Bing Finance, Health, Weather, Travel, and other services), One Drive, Outlook, Office, and other products on both platforms. But the problem is that Apple and Google will promote their own apps -- for example, Apple Maps and Google Maps -- whenever given the chance.

Microsoft needs to get aggressive with Cortana and Bing
Google has been extremely aggressive in expanding its ecosystem. Last April, the company launched Google Now for iOS in a clear bid to kill Siri on iPhones and iPads. That aggression prompted Apple to replace Google with Bing in Siri. 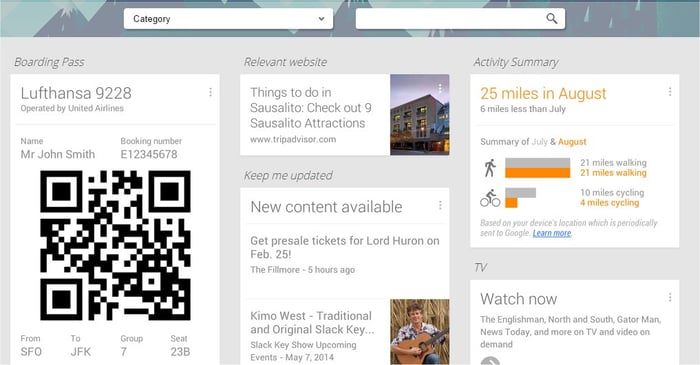 Microsoft should imitate Google's strategy and launch an Android version of Cortana. There are already plenty of other "Siri substitutes" in the Google Play store -- including Maluuba, Skyvi, and Robin -- but none are as fully developed or well-known as Cortana. Cortana, like Siri, also has a "sassy" personality, unlike the comparatively lifeless Google Now. Apple might even welcome an iOS version of Cortana with open arms, since Microsoft's personal assistant could be a more reliable way than Siri to prevent Google from taking over iOS.

A Foolish final word
The only real drawback to this plan is that Windows Phone users, who have put up with hand-me-down apps from iOS and Android for years, might be irritated by the fact that its "killer app" will now be available on rival platforms. In June, a Microsoft manager discussed the possibility of launching Cortana on iOS and Android, but the mere idea sparked a fierce backlash on social media (dubbed "Cortana-gate") from loyal Windows Phones owners.

But considering how anemic Windows Phone's market share is, the choice between reaching millions of new users or upsetting current users is a no-brainer. Microsoft absolutely needs to capitalize on the hype over Cortana to expand its Bing ecosystem on iOS and Android, or risk being marginalized further by Google on all fronts.