Investors may be craving a taste of Five Guys stock, but don't skip a meal waiting for it.

Restaurant IPOs have been on fire lately. Both Noodles & Company and Potbelly more than doubled after debuting last year, and El Pollo Loco shares also surged over 100% shortly after going public this summer. Now, investors are already salivating over rumors that the popular burger chain Shake Shack is gearing up for an initial public offering of its own. But with only about 50 locations worldwide, Shake Shack still pales in comparison to Five Guys, the privately run fast casual burger chain that's come to dominate the "better burger" market.  The chain, which now has over 1,000 locations and 1,500 under development, would be the true IPO prize in the fast casual market. It's unlikely investors will ever see the company go public, however. Here are a few reasons why:

1. They're an idiosyncratic, close-knit bunch
Founded in 1986 in Arlington, Virginia, Five Guys, which is named for founder Jerry Murrell's five sons, found a loyal following despite locating itself in a difficult-to-find location in a strip mall-just the opposite of a strategy most entrepreneurs would use. Murrell explained that he wanted to set up in an out-of-the-way location in order to prove that the food was good enough to bring in customers. The strategy worked as word of mouth spread about the tasty burgers, along with some raving food reviews, and one store became five over several years. While the major burger chains like McDonald's and Burger King rely on big-budget marketing campaigns, the company has always eschewed advertising and other gimmicks that the bigger fast-food chains use such as discounts, and limited-time offers and promotions, instead relying on food critics to do the company's bidding. 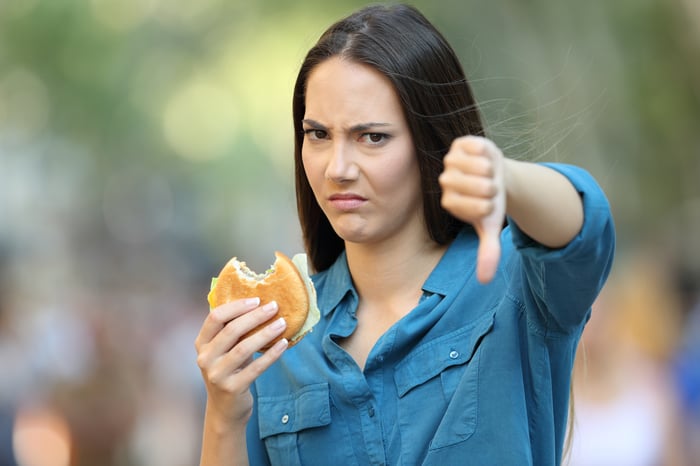 The Murrells still own 75% of the company, and all seven members have executive roles in the business. They meet once a week at company headquarters in Lorton, Virginia, and even vacation together every summer. In other words, they have full control of the business and like it that way.

2. They stick with what works
Over the years, Murrell has resisted thousands of requests from franchisees and others to expand the menu, which basically consists of burgers, hot, dogs, and fries, by adding items such as milkshakes, chicken, chili, or coffee. Though the company has experimented at times, he's been insistent about serving only its hallmark burgers and fries as he fears a poorly made item would take attention away from the quality of the products they're known for.

The company eventually expanded through franchising, starting in 2003, but even that took a lot of convincing. After years of clamoring from various prospective partners to open up the chain to franchisees, Murrell finally agreed after a long debate with his sons and with the help of a copy of Franchising for Dummies.

The Murrell family knows there's plenty of interest in taking the company public. Jerry Murrell meets with banks every few months, as well as private equity firms, but always declines their offers.

3. They simply don't need to
All the interest in Five Guys should signal one thing about its prospects of going public: there's no need. The chain is doing just fine on its own. Over the last few years, Five Guys has been the fastest-growing fast-food chain in the country, growing the number of locations about 1000% since 2006. Franchise territories in the U.S. and Canada have sold out, and the burger chain has begun expanding outside of North America. There are now 13 locations in England with another 200 to 300 on the way expected thanks to partnership with Carphone Warehouse founder Charles Dunstone. Currently, Five Guys is not seeking new franchisees as it waits for the sold-out North American territories to develop, and studies results in the U.K. before expanding further internationally.

Still hungry for seconds?
As Five Guys hits the pause button on new developments, the founding family has amassed a fortune worth hundreds of millions of dollars. The chain has broken annual revenues of over $1 billion, giving it a market value between $2 billion and $5 billion based on peer valuation metrics. Considering Shake Shack is supposed seeking a $1 billion in its IPO with just 50 restaurants in tow, Five Guys could be worth upwards of $5 billion.

Though the company is known for resisting change, at least one transition is looming in the future. Founder and CEO Jerry Murrell is now 70. He has no plans to retire, but a change in leadership could increase the possibility of the company going public. Until then, investors hungry for a bite of Five Guys will have to stick with the burgers and fries.

Jeremy Bowman has no position in any stocks mentioned. The Motley Fool recommends McDonald's. We Fools may not all hold the same opinions, but we all believe that considering a diverse range of insights makes us better investors. The Motley Fool has a disclosure policy.