Excess lending in speculative homes and development projects put the economy on the ropes. Have banks missed the memo?

It is widely agreed that the real estate bubble and subsequent financial crisis was, at its root, a problem of banks making loans that couldn't be paid back.

Banks flooded the market with easy money for commercial real estate, or CRE, and acquisition, development, and construction, or ADC, projects; those projects created a dramatic oversupply fueled by speculation; and then the house of cards fell apart in 2008.

Let's dig into the data and see how they industry has corrected itself and then look at two specific banks that are still operating with ADC and CRE loans levels well in excess of regulatory guidelines.

These levels are not written in stone, though. They are guidelines, not laws. If a bank wants to exceed these guidelines, it can. However, regulators expect those banks to have far superior processes and underwriting policies to manage the elevated level of risk.

According to a recent report from the bank data website BankRegData, 78% of banks with an ADC to risk weighted capital of 400% or more in the first quarter of 2008 have by today either failed or been acquired. Sixty-nine percent of banks with CRE levels at 600% of capital failed or were acquired.

Only about 15% of banks within the regulatory guideline 100% or less have failed or been acquired. This shows these ratios are a reasonable tool to assess the level of risk on a traditional bank's balance sheet. That is invaluable to bank investors.

Which banks still have ADC and CRE at these elevated levels?
Banks needed to be improve their risk management practices, particularly in these risky types of loans. Some did. Since the ADC to total risk based capital ratio peaked in the third quarter of 2007, it has since fallen 72% for all U.S. banks in aggregate. That's good news for the industry.

However, some specific banks have not followed the industry trend.

Consider Doral Financial (DRL), a Puerto Rico-based bank with operations on the island, in Florida, and in New York. The bank currently reports an ADC ratio of 206% and a CRE ratio of 455%, both well in excess of regulatory guidance.

In this case, Doral's problems originate with a severe capitalization problem. The bank's actual dollar amounts of CRE and ADC loans have increased only marginally over the past few quarters, but capital levels have plummeted. Total risk-based capital is down about 46% just in the last 12 months.

That steep decline changes how we should view this bank's level of these risky assets. With plenty of capital to protect the bank from losses, a higher concentration of these loans might be justified. However, without that capital buffer, the bank looks more vulnerable than ever.

It shouldn't come as a surprise that the FDIC has ordered the bank to immediately develop and implement a capital plan to correct these flaws. The stock is also paying the price for the bank's mismanagement. 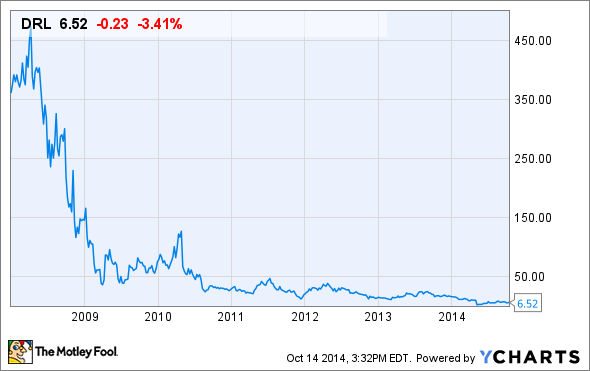 There are always exceptions to the rule
Remember, though, that these are simply regulatory guidelines. There is nothing inherently wrong with a bank exceeding them so long as that bank can demonstrate the expertise and risk management necessary to manage these loans.

Digging deeper reveals a very healthy, profitable, and well-managed institution. Problem loans are well within industry averages, and the bank is well capitalized, efficient, and producing exceptional returns. Bank of the Ozarks has proven itself capable of managing these types of loans, and it is making a ton of money doing so. 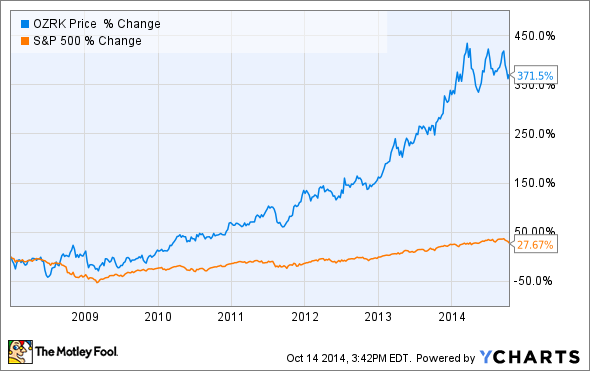 This illustrates one of the greatest challenges to bank investors: With only publicly available information, it is next to impossible to decipher exactly what these institutions have on their books. That's why it is critical to understand the ratios that matter (like ADC or CRE to capital), and then to look to the bank's long-term performance to understand management's ability to safely steer the ship through the good times and the bad.

Based on this data, the industry as a whole has largely corrected the excesses in ADC and CRE lending. For investors, now is the time to be viligant for the next round of excesses. Where those will come from, only time will tell.