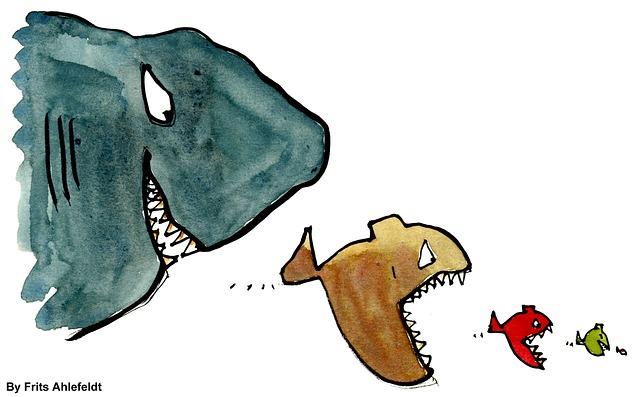 A recent Sterne Agee report has identified several metrics that many bank takeover targets all have in common, says American Banker Magazine.

Could these metrics be used to spot potential takeover targets? Let's use those metrics as a blueprint to try to find three banks that could be bought in the coming quarters.

There are all sorts of reasons a bank would choose to put itself up for sale. There could be a strategic reason to merge with a larger or complementary institution, or the board of directors could simply think they could achieve the greatest returns through a sale, rather than continued operations. For smaller institutions, a key executive and shareholder could drive the sale as that person approaches retirement.

All of these reasons can show themselves in the financials and regulatory filings of these banks. The report from Sterne Agee simply laid out exactly what those clues are and what types of patterns have emerged over the past few years.

Disappointing banks are first to the chopping block
The report found that among banks that are pending sale or are likely takeover targets, their stock typically trails the broader markets over the three years preceding the change in ownership. These banks tend to have below-average return on assets -- generally 0.8% or lower. These banks also trailed peers in terms of return on equity, yielding 10% or less.

Most bank selling occurs at smaller institutions that fall outside the scope of The Motley Fool's stock coverage. At those smaller institutions, having a CEO approaching retirement age is also a leading indicator, as those CEOs are oftentimes large shareholders who are key to the operation of the bank. When they retire, the best succession plan could be to sell the bank -- lock, stock, and barrel.

Taking that into consideration, it strikes me that banks with assets between $10 billion and $50 billion -- sandwiched between those two key regulatory thresholds -- are the most likely candidates for potential sale. From a cost perspective, it makes sense that these institutions would be hesitant to grow organically into the higher regulatory bucket and would instead prefer to leapfrog that level via a sale or acquisition.

Our three candidates
To sum up the criteria, we're looking for banks with more than $10 billion and less than $50 billion in total assets, return on equity below 10%, return on assets below 0.8%, and an underperforming stock over the past few years.

And perhaps not surprisingly, given these banks' poor financial performance, the stock of all three of these banks has lagged the market. 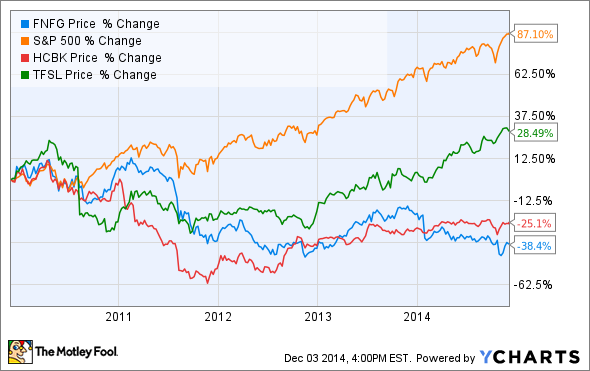 Of course, there's no guarantee that these banks will be sold anytime in the future, and it's even less certain how the market would react to such news. It's a challenging prospect for any company, but doubly so for a bank in today's highly regulated environment.

However, based on the logic we've laid out here, it would be no surprise to see these three institutions in the headlines sometime in the future as their respective boards of directors work to maximize shareholder value.

Could These 3 Banks Be M&A Targets? @themotleyfool #stocks $TFSL Next Article
Current