Want to make money in stocks? Turn off the news.

If I could turn back time, I would make a fortune -- not because I'd buy every great stock early (although that would sure help), but because I'd warn myself of the most dangerous pitfall investors face.

The most dangerous words on Wall Street are "earnings season"
At the end of each quarter, the financial media gear up for another all-important earnings season. Content on CNBC, Fox Business, and even here at The Motley Fool is largely focused on companies meeting, beating, or missing analyst expectations. The very idea of "missing" expectations makes it seem as if a company has done something wrong, even though it is the analyst who technically missed on his or her prediction.

In fact, analysts' earnings estimates are almost always wrong. In a study by David Dreman and Michael Berry regarding analyst errors, the authors found that over a 17-year period, only 29% of earnings estimates were correct. Even more amazing was how often analysts were spectacularly wrong. According to Dreman and Berry, 59% of the time analysts missed estimates by a margin of 15% or more. It makes you wonder why the media and investors put so much stock in analyst estimates. If a weatherman were only right 29% of the time, you'd start packing an umbrella when he called for sunshine.

Dreman is also a renowned contrarian value investor who exploits analyst errors by betting against the crowd. Some great buying opportunities can present themselves when the stock of a healthy business is hammered simply for missing analyst estimates. There are many examples of this, but my favorite is Chipotle  (CMG 1.33%).

In October 2012, Chipotle reported third-quarter earnings that appeared to have plenty of good news. The burrito maker's revenue jumped 18.4%, same-store sales rose 4.8% year over year, and net income soared 19.6%. Yet the stock sank 15% the next day. The reason: Chipotle didn't grow as fast as analysts expected.

Chipotle's miss was coupled with a short position from high-profile investor David Einhorn. Average investors figured the "pros" must know something they didn't, so they ignored Chipotle's impressive results. This created a rare buying opportunity for a business of this caliber. Chipotle has beat the S&P by a lot since that time. 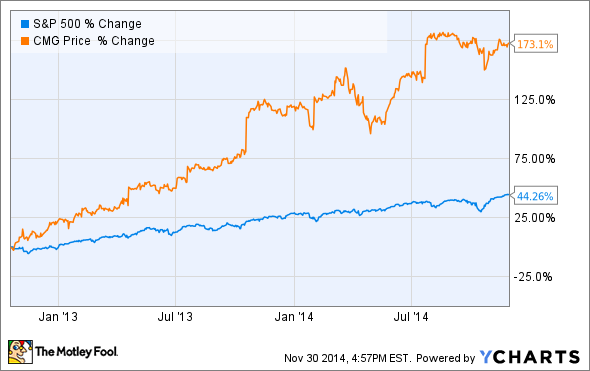 Give complexity some credit
Broader stock market predictions aren't accurate, either. According to a study by CXO Advisory, from 1998 to 2012, just 47% of market predictions were correct -- those are worse odds than the flip of a coin. Yet you won't find any shortage of predictions in financial media. Since 2009, any number of market predictions could have scared investors out of one of the best rallies ever, whether it was panic over the S&P downgrade, European contagion, or just about anything Marc Faber -- publisher of the Gloom, Boom & Doom Report newsletter -- said. Not one of these catastrophic predictions has come true.

More useful information
Investors should focus on data that is based on business fundamentals and proven to be useful. Here are two examples.

Some stocks, such as Kellogg, meet both criteria today. Kellogg stock currently has as a dividend yield of 3% (above the market average), with a payout ratio under 50%; it has a P/E of just 13 with return on capital around 15%. This isn't necessarily an endorsement of Kellogg, but rather of high dividend payers that can still invest in their business, as well as companies that have high returns on capital and have fallen out of favor. In other words, a company's past success will likely give you more insight into its future than a Wall Street analyst's speculation.