Please ensure Javascript is enabled for purposes of website accessibility
Log In Help Join The Motley Fool
Free Article Join Over 1 Million Premium Members And Get More In-Depth Stock Guidance and Research
By Chris Neiger - Dec 8, 2014 at 9:00AM

Determined not to miss the next tech wave, Intel is getting serious about wearable tech. 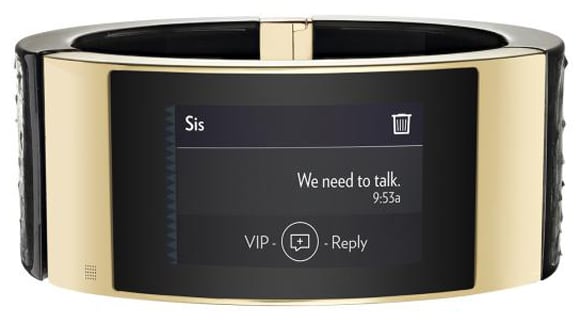 Intel partnered with with Opening Ceremony for the high-end MICA bracelet. Source: Intel.

Wearable technology is still in its infancy, but you wouldn't be able to tell that from Intel's latest moves. The company just forged a number of new partnerships to further its wearable ambitions, and many of them have the potential to make Intel a leader in the wearable tech space.

Seeing the future
The latest wearable news from Intel came earlier this week when the company announced it signed a multi-year partnership with Luxottica Group, the world's largest eyewear maker. Intel and Luxottica are hoping to pair their expertise to bring a wearable tech device to market some time in 2015.

Back in March, Luxottica partnered with Google (GOOG 2.36%) (GOOGL 2.39%) "to design, develop, and distribute a new breed of eyewear for Glass." That partnership hasn't yielded a new version of Glass yet but could come in a revamped version of the device, which is expected to launch in 2015.

Which leads us to the next important Intel partnership ...

Pairing two tech giants
A new report from The Wall Street Journal says that Intel will replace Texas Instruments as the processor-maker for the next iteration of Google Glass. The move comes as Glass has suffered slower processor speeds after an update to the KitKat Android version earlier this year, not to mention decreased battery life.

The Wall Street Journal says Intel will power the next version of Google Glass. Source: Google.

Intel already provides Google with chips for its servers, forthcoming Nexus streaming devices and driverless cars, but the new partnership will bring the two companies together to tackle wearable tech.

Considering Luxottica, Google, and Intel are now all partnered together with each other, it appears Glass could see a revival in 2015. 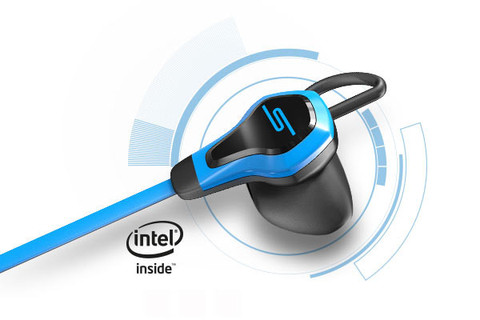 Intel inside ... your ear
As if Intel needed any more wearable tech news this week, the company announced a new product in collaboration with SMS Audio, called the BioSport headphone. The earphones gather biometric data, including real-time, continuous heart-rate monitoring and pair with the popular RunKeeper app to track distance, elevation, pace, and calorie burn. While SMS Audio makes the device, Intel powers the earphones, making it one of the first wearable tech devices with Intel inside.

Lending a hand
Back in September Intel said it will release a high-end wearable tech bracelet with Opening Ceremony, called the "My Intelligent Communication Accessory" (or MICA). The luxury bracelet allows users to send and receive text and emails, get social media notifications, and provides real-time alerts. Intel isn't actually making the processor for MICA, but is rather using an ARM Holdings design, and manufacturing the chip instead.

Intel also has its hands in other wrist-worn devices, namely under the Basis brand, which the company purchased earlier this year. Basis recently debuted a new smart watch, called the Peak, which is aimed at the fitness crowd with sensors to measure calorie burn, heart rate, blood flow, and sleep quality.

Don't keep all your chips in one basket
Intel's not only making lots of partnerships with major tech device and fashion companies, but it's diversifying those relationships across many different types of products. This should help Intel hedge its bets in the wearable market, in case (or when) some products fail to impress the public.

Wearables are part of the greater "Internet of Things" market, which Intel is keen on. The company pulled in $530 million in Internet of Things revenue in its third quarter 2014 earnings -- an increase of 14% year-over-year and more than the company made in its mobile division. Intel infamously missed out on getting its processors into mobile devices, and with these partnerships the company's already proving it won't make the same mistake with wearable tech.