With demand continuing to exceed supply, Apple is likely to report record-shattering iPhone sales for this quarter.

Every time Apple (AAPL 2.14%) launches a new iPhone, the company races to have supply match demand. This year is no exception. In fact, even with less than a month left in the quarter, it's still not clear if Apple will have enough iPhone 6 devices to meet demand by the end of the year. 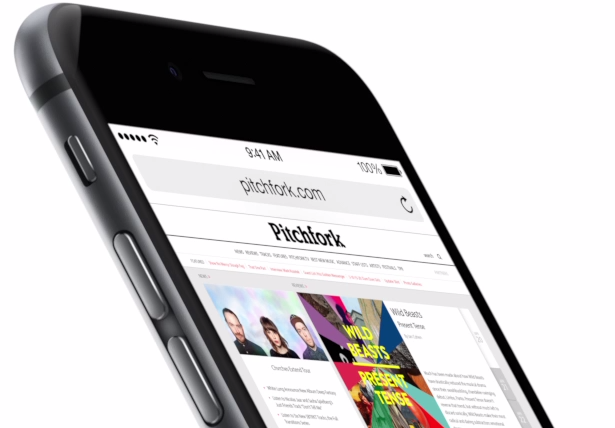 Shipping times are improving
As spotted by MacRumors, shipping times for Apple's new iPhone 6 and 6 Plus models continue to improve.

Apple seems to be lagging demand more with the iPhone 6 than it did with iPhone 5s rollout last year. By December 2013, all versions of the iPhone 5s were showing online shipping times of one to three business days.

But the tech behemoth appears to be on track with supply for retail stores this year. The iPhone 6 and 6 Plus now show plentiful availability in stores in all configurations, just as the iPhone 5s did around this time last year.

Another sign of a record-shattering quarter for iPhone sales?
If Apple's historic ability to ramp up year-over-year iPhone supply during the holiday quarter is any indication of how many devices the company can sell this year, it's likely to be a record-shattering quarter. Indeed, with demand seemingly outstripping supply more significantly this quarter than it did a year ago, the company could be on pace to sell nearly every single iPhone it can produce during this three-month period.

During the first weekend of iPhone availability in late September, sales of a record 10 million units, despite a notable absence of China in the list of launch countries, came in slightly higher than last year's 9 million. The record number signaled that Apple is again aiming to produce a record number of iPhones, trying to make the most of the period when demand for the new lineup outstrips supply.

Analysts, unsurprisingly, expect Apple to report record revenue and iPhone sales for this quarter. The consensus analyst estimate for Apple's revenue is $66.3 billion, up 15% from $57.6 billion in the year-ago quarter. One respected Apple analyst predicts the company will sell 71.5 million iPhones in the first quarter, up a whopping 40% year over year.

Whatever the number of iPhones sold when Apple reports first-quarter results, it's likely to be mostly a representation of how well the company was able to ramp up supply during the quarter, given that demand is still outstripping supply with only a few weeks left.