Catching the wave has brought joy to millions of soda drinkers and just as many investors.

Don't let the residual anger from Occupy Wall Street fool you. Consumer opinion of corporate reputations is higher now than anytime since 2008. The financial markets meltdown damaged the reputations of many companies, whether they were on Wall Street or not, but according to the pollsters at Nielsen, they've used the time to repair the damage.

And none has a more sterling reputation than Coca-Cola (NYSE:KO).

Oh, sure, Amazon.com (NASDAQ:AMZN) was the top-ranked company on the Harris Poll's 2014 list of Reputations of the Most Visible Companies, a position it's held for two years running now, and Coke was only second. But the beverage giant pulled up its "reputation quotient," or RQ, so much that it jumped from 6th place in 2013 to the next-to-best slot this year.

Coke is consistently consistent
The most remarkable thing about Coca-Cola's achievement was not its appearance on the list, or its improvement from last year to now, but rather that it was the only one of the 60 companies listed to rank high enough in all six categories used to define its RQ -- social responsibility, emotional appeal, products and services, workplace environment, financial performance, and vision and leadership. Amazon was one of the top-five companies in five of the six categories; Apple (NASDAQ:AAPL) did well in four of the six; and a bunch of companies did well in half the categories. Only Coca-Cola ranked highly in all six of six groupings.

Of course, Coca-Cola has a history as a stellar brand. 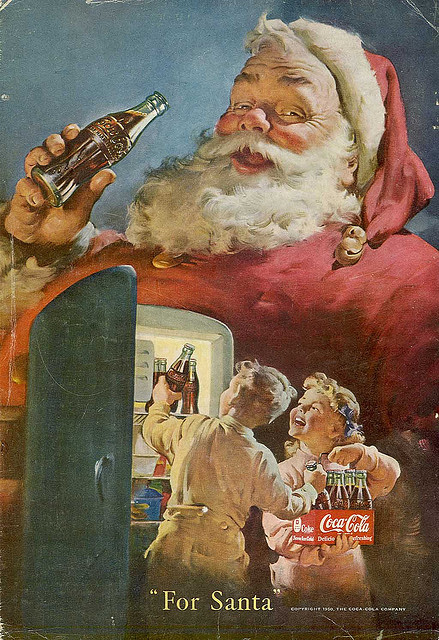 Coca-Cola has been part of our national psyche for over 100 years. Image: Flickr via Insomnia Cured Here

The soda king has achieved a most-reputable status for all 15 years the survey's been conducted, and it's achieved an aggregated RQ score of around 80 across all those years. Harris characterizes that as "a nearly unmatched show of reputation consistency."

How has it done this?

By forever investing in its brand in ways that matter to consumers. It doesn't have to be the top-ranked company in everything -- in fact, it was only ranked highest in two of the six categories, vision and leadership and financial performance -- but consistently hitting singles and doubles elsewhere makes it the most well-rounded of businesses.

It does so through superb marketing, such as its "Share a Coke" campaign that encourages the social sharing of its beverages; helping impoverished workers in Dubai connect with loved ones back home (though it was criticized for profiting from the effort); and celebrating diversity here at home (another controversial ad in some quarters).

Catching the wave beyond soda
But Coke also proves willing to invest in technologies and markets to reach new customers. Over the past year alone it's:

Not all of these will pay off -- I'm skeptical about its dairy product, for example, because people are drinking less milk as it is, let alone at the premium price Coke will sell it for -- but it indicates a willingness to invest beyond the confines of its soda business.

Sparkling beverages account for the lion's share of Coca-Cola's business, representing 63% of its sales volume in 2013. Diet soda accounted for only 6% and still beverages like its juices, juice and energy drinks, and water made up the other 31%.

Declining diet soda volumes are a problem, but not fatal. And diversifying beyond just soda ought to give it equilibrium.

Solid as a rock
Financially, it remains as sturdy as ever. Since 1920 Coca-Cola has paid a dividend to investors, and for more than 50 years has increased the payout annually at a better than 12% clip. The dividend currently yields 2.8% and with its payout ratio of 66%, there's still plenty of room for additional sustainable growth. 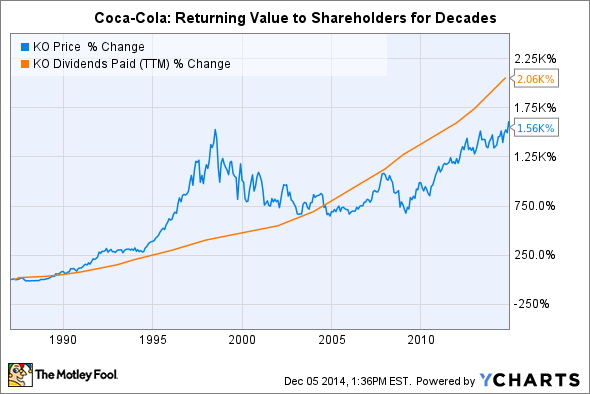 Coke has also generated $7.9 billion in cash from operations through the first three quarters of fiscal 2014, and over $6.3 billion in free cash flow, ensuring it has the wherewithal to continue investing in the future while returning value to shareholders.

And it's time-tested, too
Coca-Cola has been around for more than 100 years and it's not in any danger of not being around for 100 more. It generates the warm fuzzies both for consumers with its nostalgic commercials, and for investors with its year-in, year-out performance.

It's easy to see why Coca-Cola has a sterling reputation, one that's not about to be tarnished.