Gone but not forgotten are the glory days of the once mighty Sears-Roebuck Company. Photo: Flickr via Matthew Rutledge

The litany of problems facing Sears Holdings (NASDAQ:SHLDQ) is legion. Falling sales, burgeoning losses, and stores that seem locked in a time machine with the dial set to the 1980s.

It's spun off Orchard Supply, Sears Hometown & Outlet Stores (NASDAQ:SHOS), and Land's End (NASDAQ:LE), and has sold off or closed numerous underperforming stores.

It has a fairly innovative loyalty member program called Shop Your Way, which accounts for 72% of eligible sales at Sears and Kmart, but the program seems to have topped out and may even be in decline. It also saps profits because it amounts to a double-discount for shoppers. 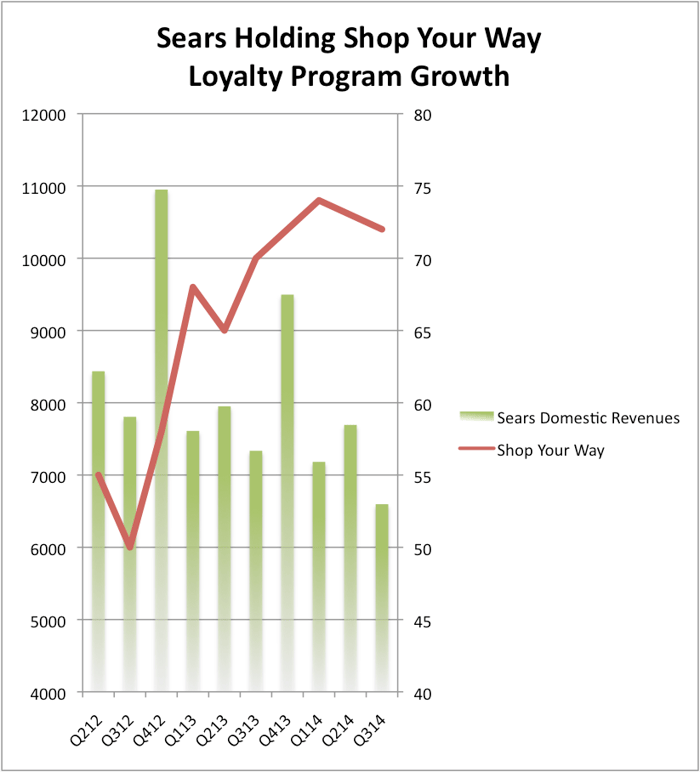 Yet in reporting third quarter results yesterday, did Sears also give a clue to its salvation?

Hurry up and shrink!

As suspected, Sears is accelerating the number of store closings. It increased the number of underperforming stores it will shutter this year from 130 to 235, a better than 80% increase. While adjusted losses narrowed slightly this quarter from the year ago period, it's still burning through $1 billion annually and Sears just can't support its vast real estate holdings.

If Sears is to survive, it needs to become a much, much smaller company.

Even after closing 235 units, Sears Holdings will still own over 1,700 Sears and Kmart stores. Despite investing large sums of cash in the loyalty program and its e-commerce platform, physical store performance continues to falter. 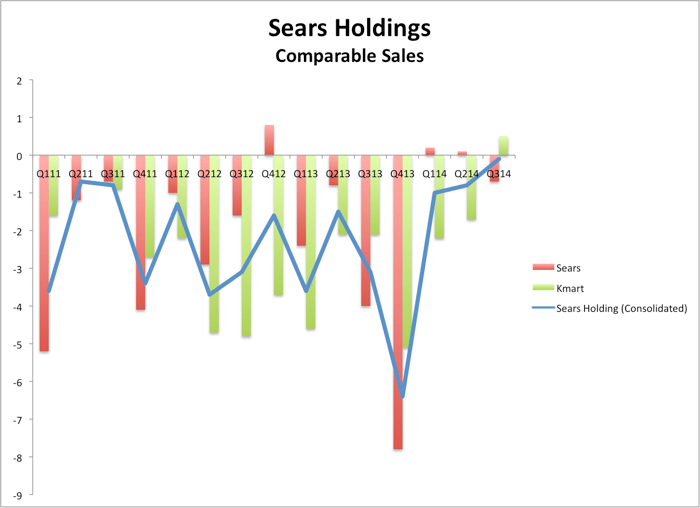 Same store sales fell 0.1%, yet another quarter in an unrelenting decline that's spanned years. They may have inched up 0.5% at Kmart in the third quarter, but it wasn't anywhere near enough to offset the 0.7% decline at Sears.

It needs to reduce it store count well beyond the timid steps it's taken so far.

Still not the REIT stuff
But chairman and CEO Eddie Lampert thinks he has a plan. Last month the Sears executive proposed Sears create a real estate investment trust to ultimately house the vast majority of its real estate holdings. It would lift from Sears the expense of its aging stores while infusing its balance sheet with billions in much-needed cash.

The market responded strongly to the idea. Sears stock soared 30% the day it was announced.

I was far more sanguine about the proposal, and said investors got the news exactly wrong. Instead of being elated at the prospect of receiving rights to purchase shares in the REIT on a pro rata basis, they should be afraid. Very afraid.

The REIT proposal would be a very bad idea for Sears. And shareholders.

A shell of its former self
Sears, which would lease back the buildings from the REIT, would bear the burden of new lease payments even though sales continue to fall, putting further pressure on its finances. The once-venerable department store chain would also be damaged because as Sears bulls have oft-noted, the value of an investment in Sears was its real estate holdings. Without that asset to its name any longer, there's not much value there beyond a few nameplates, such as Kenmore, Craftsman, and Diehard.

Worse, many of the financing deals it previously negotiated were based upon the value of the real estate. Without that in its portfolio anymore, how will it raise cash in the future?

Sears stock has since lost all the gains it made last month.

A Hobbesian choice for survival
Instead of more financial engineering, as Lampert seems to likely to do, Sears needs to make the hard choice and close large swaths of its stores.

The accelerated store closings were a hint at where Sears needs to go to save itself. Considering his history, it's doubtful Lampert will take that hint and get there.