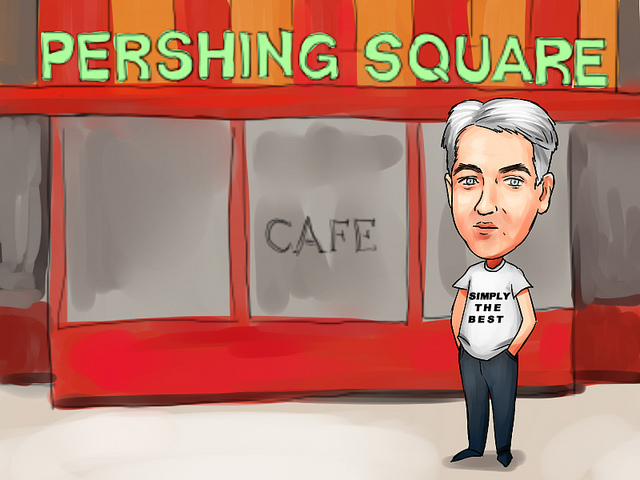 Every quarter, many hedge funds and other money managers have to disclose what they've bought and sold via "13F" filings. Their latest moves can shine a bright light on smart stock moves. Here's a look at three big names in the investing realm and, for each, a stock that's a new or significantly increased holding as of the last reported quarter.

Ackman buys into animal health
Let's start with investing giant Bill Ackman, who founded Pershing Square Capital Management in 2003. An investor with roots in real estate, Ackman is an activist, often advocating strongly for big changes at companies in which he has invested heavily. In the last reported quarter, Zoetis Inc (NYSE:ZTS) was a new holding for Pershing.

Zoetis, which was spun off from Pfizer last year, is the world's largest animal health company. There's abundant speculation these days that the company might be acquired. My colleague Cheryl Swanson has suggested that German company Bayer AG might be a buyer, while the presence of Ackman might push things in a different direction. Ackman has angled for his top holding, Allergan, to merge with Valeant, but that hasn't happened so far. Some wonder whether Ackman will now look for Zoetis to merge with Valeant, or whether he will push for some other combination. To defend itself, Zoetis has adopted a "poison pill" shareholder plan to block a hostile takeover.

An acquisition could send shares higher, but it's rarely smart to invest based on rumors or speculation. Instead, looking at Zoetis on its own merits, we see a company where revenue, earnings, and profit margins are growing. Developing markets are likely to need more of its offerings to keep growing livestock herds healthy. Still, the stock seems richly valued with a P/E ratio near 38 and a price-to-sales ratio approaching five. It might be best to wait for a pullback.

This site is familiar to millions of Chinese. Source: Baidu.

Searching in China
Next up is Fisher Asset Management, founded in 1979 by Ken Fisher, who's on Forbes magazine's list of the 400 richest Americans. The company manages money for more than 100 large institutions, and its strategy involves macroeconomic research and fundamental analysis. You may have heard of Fisher's father, Phil Fisher, author of the seminal investing text Common Stocks, Uncommon Profits. In the last reported quarter, Fisher Asset Management upped its position in Chinese search engine Baidu Inc (NASDAQ:BIDU), one of its bigger holdings, by 10%.

Baidu has often been compared to Google. Like Google, it has been expanding into a range of other areas, such as video, travel, and mobile apps, as well as smart chopsticks that can help consumers detect unsafe food and a smart bike that can keep track of health-related data such as miles ridden and heart rates. In its last quarter, Baidu posted strong year-over-year revenue growth of 52% and a 27% earnings bump. Its net margin has been shrinking due to expansion into lower-margin businesses, but it still tops 25%. With a recent P/E ratio near 38 and a forward-looking P/E near 26, Baidu's stock seems reasonably priced.

Software giant
Finally, meet investing giant Donald Yacktman, who founded Yacktman Asset Management in 1992. He isn't as well known as investors like Buffett, Soros, and the like, but his track record is right up there with them. The company's flagship Yacktman Fund gained 837% over the past 20 years, compared with 483% for the S&P 500 during the same period. Annualized, that's 11.8% versus 9.2%.

In the last reported quarter, Yacktman increased its position in Oracle Corporation (NYSE:ORCL), now its eighth-largest position, by 11%. Oracle has long been a great stock for investors, averaging 17% annually over the past 20 years. It has struggled some in recent years, though, growing more slowly than key rivals, and it's now reshaping itself into a cloud-computing concern. Some want to see it spend more of its big cash pile on dividends, but the company has instead announced a stock repurchase plan of up to $13 billion.

Meanwhile, Larry Ellison has stepped down as CEO. This may create a little uncertainty, but it's hard to bet against a company with fat profit margins and free cash flow topping $14 billion annually. Its deep pockets can help it buy whatever technologies it can't develop quickly on its own.

We should never blindly copy any investor's moves, no matter how talented the investor. But it can be useful to keep an eye on what smart folks are doing. Therefore, 13F forms can be great places to find intriguing candidates for our portfolios.