It's incredible what a difference a year makes. At this time last year the Affordable Care Act, known best as Obamacare, had wrangled up fewer than 400,000 total enrollees. Meanwhile, the federal health exchange, Healthcare.gov, was a veritable disaster, and marketplace architect CGI Group was at its wits end as to how to fix it.

Fast forward to the 2014-2015 enrollment period, which started Nov. 15, and things are markedly different. The exchanges haven't been flawless, but with the exception of a glitch in my home state of Washington on the first day of open enrollment, they've been good enough that I can't recall much of an uproar from consumers regarding Healthcare.gov or any other state exchange.

Obamacare's major milestone
During the first week of December 2014, Obamacare hit another key milestone, according to the Department of Health and Human Services, which solely tracks enrollment data from Healthcare.gov. Based on its weekly update, an additional 618,548 people had selected plans during the third week of enrollment (Nov. 29 - Dec. 5), pushing the grand total of plan enrollees to 1,383,683, at least on Healthcare.gov. In other words, Obamacare's impressive milestone is that it did in three weeks what took three months to accomplish in the 2013-2014 period: hit 1 million enrollees.

The breakdown of new enrollees versus those who had health insurance in 2014 but are re-enrolling has stayed remarkably consistent throughout the first weeks. Healthcare.gov statistics show that 48% of plan selections are new enrollees, while 52% are simply returning to the same plan or selecting a new plan.

Additional HHS data shows that 2,526,574 total applications have been submitted, implying that 1.14 million Americans are looking but haven't narrowed their plan choice down yet.

Although additional data on the 14 state-run exchanges hasn't been made "officially" public yet, a few key states have reported approximate enrollment figures through the first three weeks. Similar to the HHS' figures, these include new enrollees and returning members. New York has enrolled roughly 154,000 people, while Washington state has brought in nearly 56,000 enrollees thus far. The surprise? California, the state that led in enrollment last year, has signed up a mere 48,950 people through three weeks, although The Los Angeles Times notes that 160,000 have signed up for Medi-Cal, the state's Medicaid program.

Initial impressions
Though I'm eager to see the official first-month enrollment statistics from all 50 states, my initial impression is that the enrollment process looks smooth, and enrollment is moving at a much brisker pace than it was last year. Let's keep in mind that consumers are typically procrastinators when it comes to enrolling for health insurance, so I wouldn't be in the least surprised to see enrollment surge as we head into the Feb. 15, 2015 deadline. Based on the pace of enrollment thus far it would appear that the 9.1 million-person year-end estimate proposed by the HHS just weeks ago is very attainable.

However, that doesn't mean Obamacare's success is in the bag, either. 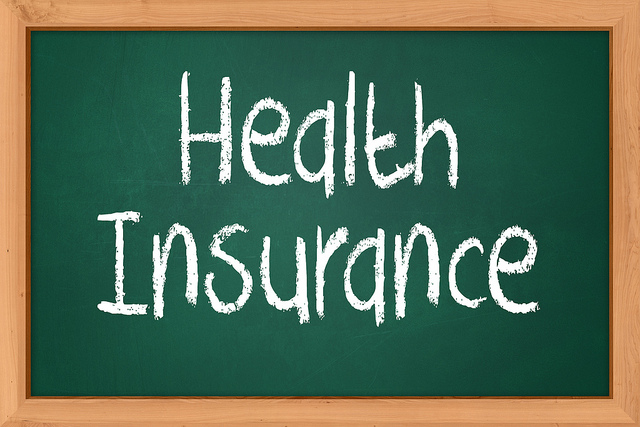 California's 49,000 enrollees are table scraps compared to the more than 1 million people it signed up in the 2013-2014 period. I believe this figure signifies what a tough environment it will be in the 2014-2015 enrollment period to get the currently uninsured to enroll. With the sick and/or heavily subsidized population jumping at the chance to enroll during the 2013-2014 period -- remember, one of the most critical components of the ACA is that insurers can no longer deny coverage to people with preexisting conditions -- what's remaining are uninsured Americans who feel they're invincible and don't want health insurance, those who still don't quite understand their options, or those who simply can't afford the premium and/or co-pays/deductibles even with subsidies.

Insurers take aim
Reaching the remaining uninsured, especially those who are still uninformed or who may qualify for subsidies but still haven't enrolled, is the primary goal of insurers this year. In cooperation with the HHS, individual states and insurers are trying some interesting things in order to reach consumers this time around.

The Washington Times reported that community groups in Nebraska have turned to handing out flyers at farm and craft shows. Also, staffed information booths are popping up at county fairs, while informational pamphlets are being handed out in libraries and coffee shops. Were that not enough, a community action group known befittingly as "Lincoln" will be handling a televised "phone-a-thon" for the second straight year to draw attention to the need to enroll.

Some insurers have taken a more mainstream approach in their attempt to attract new members by turning to social media. Anthem, formerly known as WellPoint, CIGNA, and Aetna, have been working for more than a year to build up their social media presence on Twitter to handle questions around what's expected to be a busy and perhaps confusing time of year. Social media is a potentially powerful tool to reach younger, healthier adults, and insurers fully understand that maintaining a social media presence is a must nowadays. These young adults are a critical component to Obamacare's success as they're less likely to go to the doctor, and their premium payments help offset the care provided to elderly patients.

Time will tell
Only time will tell if insurers are able to bring in a favorable mix of enrollees (i.e., enough healthy young adults and not too many sick patients with high medical utilization ratios), but the early numbers look good for Obamacare. It would appear that the architectural issues with the exchanges are now firmly in the rearview mirror, leaving consumers and investors to focus solely on the issue at hand: Can Obamacare really lower long-term medical care inflation? Hopefully we'll have a more complete answer to this question in about two months.