As 2014 comes to a close, one Internet of Things stock is going out with a bang. Wireless embedded modules company, Sierra Wireless (NASDAQ:SWIR), has been on a tear since November, but can the company continue its run into 2015? 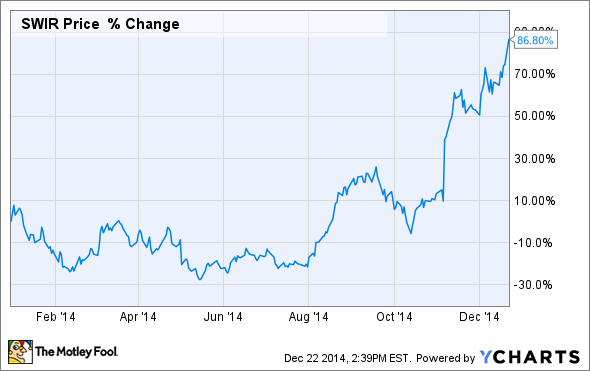 What Sierra Wireless has been up to this year
Most of 2014 was relatively uneventful for the stock, other than a pop and then subsequent dip in August through October. But in November, the Canadian company posted a 28% year-over-year increase in quarterly revenue (reaching $143 million) with $0.24 in earnings per share, far surpassing Wall Street's estimate of $0.13. At the same time, the company increased third quarter revenue for its OEM solutions division by 30% and boosted its enterprise segment sales by 15%.

All of this helped push Sierra's stock price up 25% in just one day, and the spike has persisted. Year-to-date the stock is up 87%. 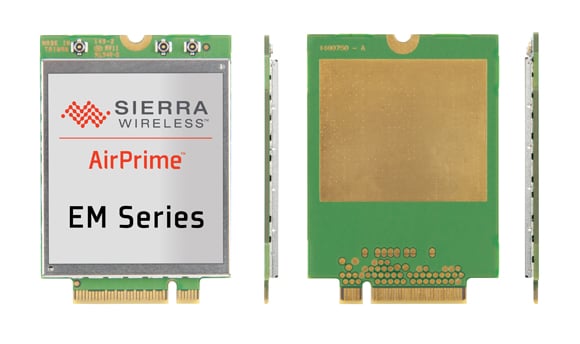 Part of the company's revenue growth came from its recent acquisitions of In Motion and the machine-to-machine embedded module and modem business of AnyDATA. But even if you back those acquisitions, the company still improved organic revenue 19% year-over-year. That made investors particularly happy, as it shows the company is significantly increasing sales.

But investors have more to celebrate than just chip sales. Sierra Wireless is combining its hardware with the new Legato software it launched earlier this year.

"The combination of high powered multi-core hardware platforms, together with our Legato embedded software platform is proving to be very attractive to both small developers and large OEMs," Sierra's president and CEO, Jason Cohenour, said during the third-quarter earnings call. 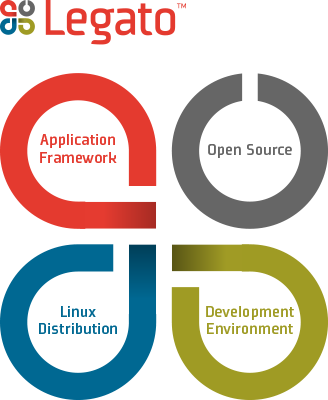 This combination helped Sierra score a number of design wins in the automotive market, a key area for the company, and is expected to bring more wins soon.

Looking ahead
Sierra believes growth from the third quarter will carry on into the current quarter. The company expects 24% year-over-year revenue growth for the quarter, along with EPS between $0.25 and $0.28. Don't forget that Sierra Wireless is also debt free and has $196 million in its coffers.

If there's one thing I'll be watching at Sierra Wireless in 2015, it will be the company's automotive OEM deals. As Cohenour said in the call, "In the important automotive space, we secured new design wins for future connected car launches in North America, Europe, and Asia."

Cohenour noted that revenue from those deals won't be fully realized until next year and into 2016. This is especially important considering that automotive sales are on the rise.

Domestic auto sales spiked from 15.6 million in 2013 to an expected 16.4 million this year. Sales are forecasted to jump further in 2015 and 2016, according to the National Automobile Dealers Association. Sierra has already done a great job capitalizing on auto industry growth, and investors should expect more of the same in the coming years.

In addition, the broader Internet of Things segment should be worth $19 trillion by 2020, according to Cisco Systems. With Sierra Wireless already commanding a leading position in machine-to-machine connections, the company (and its investors) should have much more to look forward to next year.