The drugstore chain has risen from the ashes during the past two years, but has Rite Aid already seen its best days? Find out here. 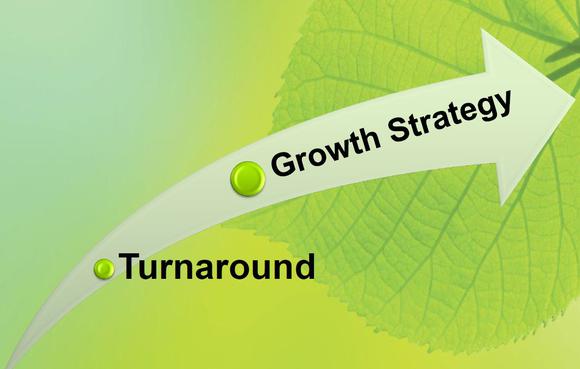 For years, shares of drugstore-chain Rite Aid (RAD 4.44%) languished, as many doubted whether the company would ever be able to emerge from its extensive debt and stem its tide of losses. Yet, Rite Aid has defied all of its skeptics during the past two years, becoming consistently profitable and sending shares soaring as much as 750% between late 2012 and early 2014. As impressive as the rebound has been, though, Rite Aid has raised some concerns among long-term investors that its soaring share price might be running out of steam, and the stock has yet to return to its May highs. Now, the big question shareholders want answered is whether Rite Aid can manufacture another leg up in its recovery -- or whether its rebound has already given investors everything they should expect.

The rise and fall of Rite Aid
For years, Rite Aid struggled in the drugstore arena, facing the massive challenge of standing up to its two much-larger competitors, Walgreen and CVS, while seeking to strengthen its debt-heavy balance sheet. With a smaller store-network footprint, Rite Aid had to make more from less, and efforts to remodel its stores initially happened at a more sluggish pace than investors wanted to see, reflecting the limitations on capital expenditures that its financial condition warranted.

But Rite Aid benefited from a couple of fortuitous events. First, Walgreen ended its relationship with one of its pharmacy benefits manager partners, effectively driving customers to Rite Aid and other chains. Second, with the extensive patent cliff bringing on a host of higher-margin generic drugs, Rite Aid was able to increase its profits. Moreover, strategic initiatives, such as entering into a supply agreement with major generic drug provider McKesson, reduced the amount of capital Rite Aid needs on hand, as well as potentially gave it even better pricing power and better margins.

Just when Rite Aid seemed to have turned the corner for good, though, the company has delivered two disappointing quarters of financial results. In June, Rite Aid told investors that its earnings would take a hit in the then-current quarter and for the full fiscal year; despite the single-penny reduction in earnings per share guidance for fiscal 2015, the stock sank heavily as a result. Then, in September, Rite Aid once again cut its guidance for the full year, reducing earnings per share estimates by 20% to 30%. The company fears that generic drugs won't provide as much cost savings as Rite Aid had hoped, and pressure on reimbursement rates will also weigh on its bottom line.

Will 2015 bring good times for Rite Aid?
There's reason to be optimistic about the drugstore chain's future after solid fiscal third quarter results. Perhaps the most important thing to remember is that Rite Aid's relationship with its generic-drug distributor is quite new, and the two companies are still working out the kinks in their interactions. Even with outside pressure from temporary delays in generic-drug introductions, the long-term benefits of having higher-margin drug sales should keep lifting Rite Aid's earnings in future years.

Moreover, demographic trends are still on Rite Aid's side. As the American population ages, demand for pharmaceuticals is likely to rise, and greater access to healthcare services through government programs could drive even further sales gains for Rite Aid. With its moves to provide more services of its own through its in-store retail clinics, Rite Aid hopes to capture even more of that business than it already does.

Still, Rite Aid hasn't made as much progress in improving the condition of its balance sheet as many investors would like to see. Rite Aid still has far more debt than its major competitors, due in large part to its ill-timed purchase of the Eckerd and Brooks drugstore chains in 2006 right before the housing bust and recession. On the positive side, though, the $6.45 billion in long-term debt that Rite Aid has is actually down more than $1 billion from its peak levels. That's due, in part, to the availability of positive cash flow, and Rite Aid has done a good job of refinancing its outstanding obligations to reduce interest costs and making the most of its available financial resources.

Rite Aid has made a huge amount of progress in the past two years, and even with its most recent setbacks, the company still appears to be on track with its turnaround efforts. With so much investor pessimism concerning the stock, Rite Aid has the potential to see its share price return to its highs and beyond if it can keep executing on its long-term strategy and get past some of the bumps on the road that it has faced lately.