The recovery of the once-troubled retailer has tied Wall Street in knots as they try to guess its next move. Photo: Mike Mozart via Flickr

The haters keep hatin' when it comes to J.C. Penney (OTC:JCPN.Q), but for investors willing to see it the retailer is no longer the troubled department-store chain it was last year, let alone two years ago. That's why Wall Street is continuously surprised when it reports its quarterly numbers, and why the stock jumped 20% on Monday.

J.C. Penney reported preliminary holiday sales for November to December showing a 3.7% increase in same-store sales, better than its 3.1% gain last year and well ahead of the 2.7% forecasts analysts were predicting.

Although the retailer didn't provide much more meat than that with its update, other than to say it now expected comps to come in at the upper end of its previous 2% to 4% growth guidance, it did hint that the discounting many feared would be its undoing would not materialize.

Holding the line
Even as CEO Mike Ullman said J.C. Penney's customers appreciated the "combination of great merchandise and compelling promotions this holiday season," he also reiterated that restoring profitable sales growth remained the retailer's top priority. That suggests the heavy markdowns that were plaguing Macy's (NYSE:M) and Kohl's (NYSE:KSS) won't play as large a role here. And where they saw comps decline in the third quarter, which led to the discounting to boost sales, J.C. Penney was able to notch flat same-store sales even with its clearance merchandise 30% below the year ago level.

So why might J.C. Penney performing better than its rivals? As I pointed out last month when I said the department store may surprise Wall Street yet again, MasterCard had reported sales of women's clothes was a key factor driving holiday sales, rising in the mid-single-digit range for the two-month period. That was better than apparel sales overall and it played to J.C. Penney's strengths. 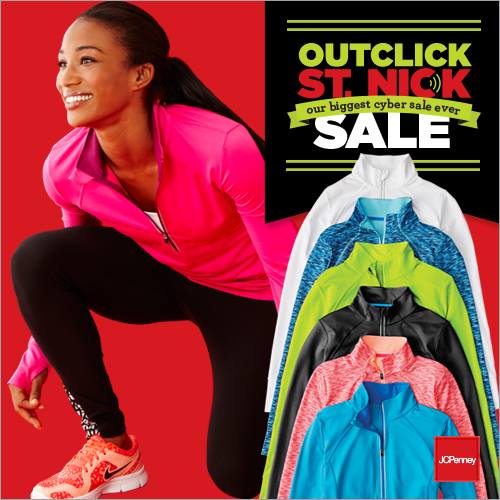 Christmas turned out to be a very merry time for J.C. Penney. Image: J.C. Penney

It also builds on the expectations of the National Retail Federation, which anticipates November-December sales to jump 4.1% from 2013, the season's best showing since a 4.8% increase in 2011.

The burned hand learns best?
Now you can't completely fault Wall Street for its dour outlook. J.C. Penney had given them some pretty good reasons to doubt things would go as planned.

It had led everyone to believe the back-to-school season was strong and would carry through the rest of the third quarter, but instead sales petered out right after school began because crisp, fall weather failed to show up on schedule. That kept customers from buying the seasonal merchandise they had out and the third quarter ended up breaking a string of rising sales it had recorded for three quarters in a row.

So when it said the Christmas season was also off to a strong start, analysts hedged their bets. But if you watched how sales played out across the season, you could get an inkling that J.C. Penney would surprise once more.

Still in the red
Investors should remember, though, that when the department-store chain does report its fourth quarter numbers it's still going to be showing red ink. It's steadily marching toward profitability, which is key to understanding Ullman's comments, but expect it to have losses, albeit lower ones than what we've seen so far.

I also wouldn't be surprised to see better sales than forecast, too. That lingering warm weather we had has long since disappeared and frigid temperatures have returned with a vengeance. Sales of seasonal merchandise should be as brisk as the chilling winds we've had.

We're fast approaching the time when we'll no longer need to refer to J.C. Penney as a "troubled retailer," but no doubt when that happens Wall Street will be surprised at the change.