In winter, many people's thoughts turn to snow sports, and Arctic Cat (NASDAQ:ACAT) and its line of snowmobiles is an obvious beneficiary when winter weather cooperates. Yet the maker of all-terrain vehicles and other power-sports products has struggled to maintain consistent growth in recent quarters, with various roadblocks holding it back  from reaching its full potential.

Although Arctic Cat's fiscal third-quarter results showed some promising signs for the company's future, it still sees its current fiscal year as a time of transition. Arctic Cat will have to work harder in order to turn around fully its sluggish performance during the past couple of years. Let's take a closer look at how it fared in the autumn quarter, and what its latest moves say about the company's turnaround efforts in 2015 and beyond.

Arctic Cat tops expectations on falling sales and net income
Arctic Cat's headline numbers looked pretty ugly, even though they were better than the gloomier views that most investors had. Overall, revenue dropped 14% from year-ago levels, to $193.7 million, with the company citing the timing of its inventory shipments to its original-equipment manufacturing partner as driving much of the decline. Earnings came in at $7.5 million, and adjusted earnings per share of $0.68 were $0.20 per share higher than expected, even though net income fell 38% from the year-earlier quarter.

Looking at Arctic Cat's different segments shows wide variation in performance. On the positive side, all-terrain vehicle and side-by-side sales climbed 7%, with the company's Wildcat recreational off-highway vehicle enjoying substantial success even as Arctic Cat aimed to reduce core ATV inventory levels within its North American dealer network. With 15 new 2015 models, the company is aiming at making the segment a larger part of its overall business.

However, Arctic Cat's key snowmobile segment did badly during the quarter, as sales plunged 31% from fiscal 2014's third quarter. To try to invigorate the segment, the company introduced 15 new 2015 snowmobile models, winning acclaim within the industry, and seeing some success with its 6000 C-TEC2 two-stroke engine. Arctic Cat's parts, garments, and accessories division also saw a mild contraction in revenue, with sales down about 4% for the quarter. 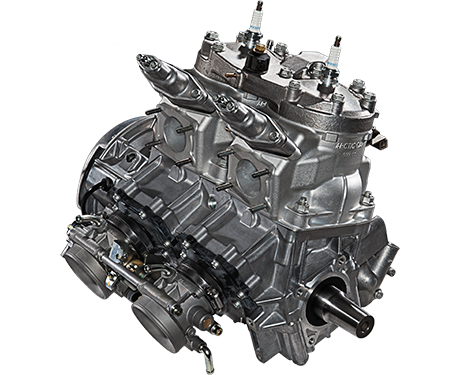 Still, when you look at longer-term results, Arctic Cat appears to be on track, with modest but solid gains. For the first nine months of the year, overall revenue climbed 3%, with 7% growth in the snowmobile business offsetting 4% declines in ATV sales. Using nine-month data tends to smooth out some of the OEM-related shifting of revenue between quarters, giving a better sense of where the company is heading.

New CEO Christopher Metz explained some of the difficulties that Arctic Cat has faced recently. "Fiscal 2015 is a challenging year of transition," Metz said, "where we are resetting our strategic priorities to deliver improved long-term performance." Nevertheless, Metz remains optimistic, saying that "Arctic Cat is an iconic brand in a growing industry, with significant potential to improve its top- and bottom-line results."

Will Arctic Cat's long winter end in 2015?
Unfortunately, Arctic Cat's guidance for the remainder of the fiscal year will disappoint investors. The company now believes that full-year revenue will come in between $705 million and $715 million, with earnings adding up to $0.36 to $0.44 per share. Even after adjusting for one-time items, the new EPS range of $1.24 to $1.32 is more than $0.30 lower than Arctic Cat's previous guidance, and the revenue reduction amounts to a $40 million drop from earlier estimates.

A surprisingly large portion of the shortfall, though, is attributable to a single factor: the strong U.S. dollar. Arctic Cat gets about 30% of its annual sales from Canada, and the company estimates that the plunge in the value of the Canadian dollar compared to its U.S. counterpart will cost the company as much as $0.80 per share in earnings for the full 2015 fiscal year.

Moreover, Metz has a solid vision for the future. As he put it, "an improved dealer inventory position will allow us to launch more new products," and he believes that Arctic Cat "has terrific opportunities to return to growth and create shareholder value." Yet the real question is what happens for fiscal 2016 and beyond. With strong competition from Polaris Industries, which reported solid results earlier this week, Arctic Cat will have to make good on the long-term strategic growth plans that it is currently developing.

Still, Arctic Cat has the ability to recover from its recent doldrums. If the overall popularity of power sports generally continues to rise, though, investors will appreciate how Arctic Cat has positioned itself to take full advantage.