Please ensure Javascript is enabled for purposes of website accessibility
Log In Help Join The Motley Fool
Free Article Join Over 1 Million Premium Members And Get More In-Depth Stock Guidance and Research
By Casey Kelly-Barton - Jan 31, 2015 at 9:47AM

Success in the mobile hotel-booking space will be measured in finger taps, city blocks, and discounts.

Hotel Tonight rolled out two new mobile-only rate-discount programs this week. This is the latest evidence that mobile booking is rapidly becoming the industry standard, rather than a quirky perk for millennials.

Hotel Tonight, a private firm with more than $80 million in venture capital, pioneered last-minute smartphone booking in 2010. Now, the company faces competition from heavy hitters including Priceline(BKNG 0.59%) property, Booking.com, and Expedia(EXPE -1.56%), each of which debuted their own mobile deal programs earlier this month. These new offerings are part of a long-term change in the way travelers book hotel stays, and the companies that stay ahead of the curve are the ones that will come out ahead.

Deals travelers won't find on their desktops
Hotel Tonight deals have always been mobile only, and the company makes the most of the technology. Its new Rate Drop program uses smartphone location services to offer same-day deals near a user's current location starting at 3 p.m. Last fall, Hotel Tonight expanded beyond last-minute deals to offer bookings up to a week in advance, and its new Bonus Rate program offers exclusive deals within that seven-day window. 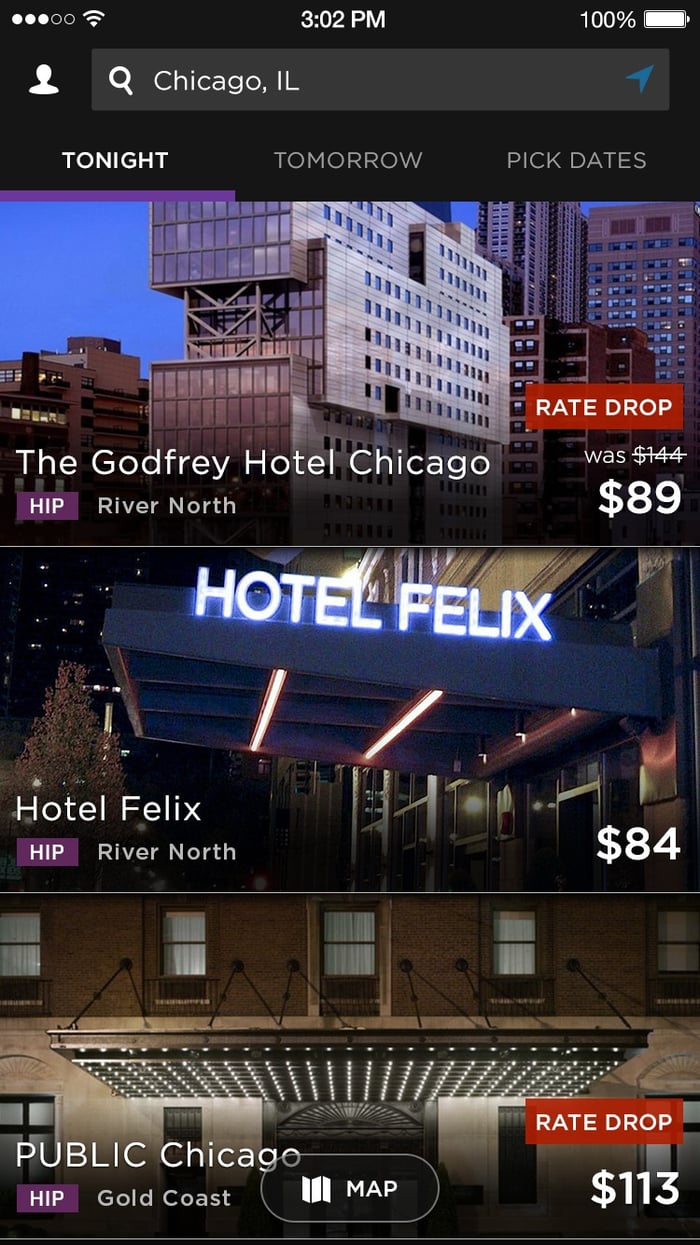 Booking.com, meanwhile, debuted a more direct challenge to Hotel Tonight with its new Booking Now mobile app that also customizes near-term offers by user location. Booking Now is only available in the U.S. at the moment, but the company plans to expand internationally to its 580,000-plus properties, compared to the 15,000 worldwide properties curated by Hotel Tonight.

However, Hotel Tonight has had years to expand its apps across Apple, Windows, and Android platforms. For now, Booking Now is only available for the iPhone. On the other hand, Hotel Tonight users must undertake "three taps and a swipe from app launch to completed booking," while Booking Now boasts only two finger taps to book a room.

The smart money is on smartphones
Competing on the number of times users have to tap their phone screens may seem overblown, but it is indicative of just how much is at stake in the mobile-booking market. American travelers spent more than $167 billion on lodging in the U.S. alone in 2013, and increasingly, they'll book those rooms on their phones and tablets. Globally, hotel revenues top $400 billion annually.

Mobile booking and other travel services dominate trend report this year from Skift, the international travel industry portal. Among the key points:

As the market gets bigger, it may attract the attention of Amazon(AMZN 0.25%), Google, and Twitter(TWTR 2.68%), and their presence would reshape the space. Dennis Schaal of Skift notes that the Twitter pilot program buy button could be a fast way to book hotel rooms, and he raises the possibility of special Amazon Prime hotel deals as the behemoth grows its travel business.

Whichever company ends up dominating this market will have a big share in a very lucrative space -- one worth watching for investors in tech, retail, and travel as the mobile booking business evolves.

Why Expedia Group Was Flying Higher This Week