Electric cars have been around for more than a century, and optimists have predicted their dominance for nearly as long. So far, those predictions have been very wrong. Is it really different this time? 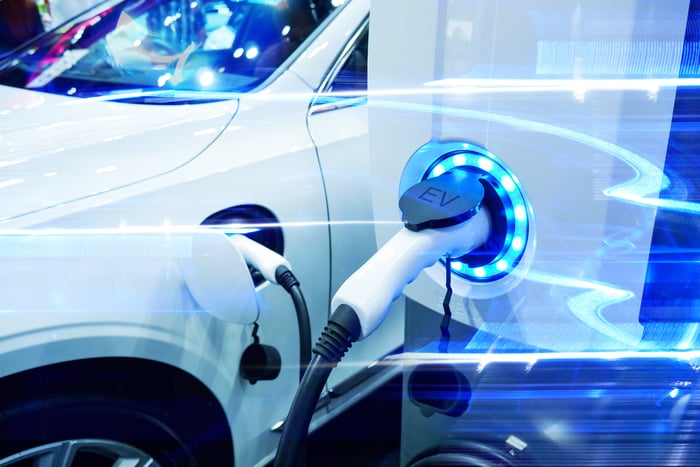 Here are the facts: Americans have purchased more than 290,000 electric vehicles  since the end of 2010, when the Nissan (OTC:NSANY) Leaf became the first "affordable" EV to ply American roadways since General Motors (NYSE:GM) discontinued its infamous EV1. Nearly 140,000 of those vehicles have been battery-only, eschewing any combustion engine for a ride powered exclusively by electricity.

These figures are a lot more impressive than the 1,117 EV1s GM produced before shutting that project down, but battery-only electrics and plug-in hybrids combined still represent less than one-half of 1% of all American vehicle sales since the start of 2011.

Why haven't electric cars gained more traction? They do come with certain drawbacks, and many skeptics have argued that these drawbacks will hold back EV adoption for many years, if not permanently. But the future is not static. The technology is improving all the time, with every little breakthrough and every marginal gain. Over time, many of the core drawbacks of EVs could be eliminated entirely.

Let's take a look at four of the most popular anti-EV arguments to understand why they'll be proven wrong over the long run.

1. An electric car's battery range is too limited.
The current king of EV battery range is Tesla's (NASDAQ:TSLA) 85-kilowatt-hour-battery Model S, which can drive for up to 265 miles on a fully charged battery. Toyota's (NYSE:TM) electric RAV4 takes a far distant second place with its 103-mile range, and no other mass-market EV now boasts an effective range of more than 100 miles. 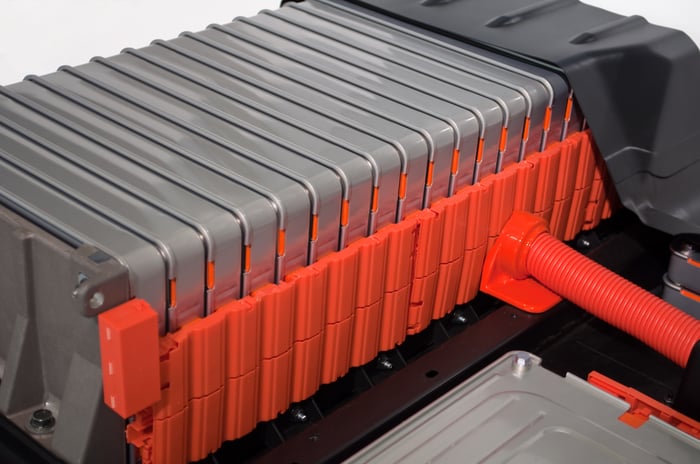 You wouldn't want to enter any EVs in an endurance race against gas-powered cars. The average new vehicle sold last year averaged 24.1 miles per gallon, and many cars can hold at least 12 gallons of gas, which works out to a typical minimum range of about 290 miles.

But consider how EV range has already improved. Tesla was the first car company to really break out of that 100-mile range restriction, and it's done so by lashing together huge numbers of small mass-market battery cells similar to those found in laptops. This ingenious engineering solution to a long-standing problem shows that EV range issues are far from intractable, and Tesla managed it with nothing more than off-the-shelf parts that have been around for years.

The Model S won't be the only member of the 200-mile club for long. GM unveiled a concept EV called the Chevrolet Bolt at January's International Auto Show that's capable of driving for more than 200 miles without a recharge. It's expected to cost less than half the $70,000 price of Tesla's entry-level 60-kWh Model S -- which only boasts a 200-mile range because of its smaller battery pack -- when it goes on sale in 2017.

So much money has poured into battery development over the past few years that a range of intriguing breakthroughs could soon double or triple a typical battery pack's capacity within the next few years, and greater capacity gains could well be in store a decade from now. This isn't just a goal for the EV industry -- billions of smartphones, laptops, tablets, and other electronic gadgets are terribly limited by short battery lives. This is a trillion-dollar problem, and it's too important -- both for our tech-driven society and for many companies' bottom lines -- for a solution not to be found.

2. It takes too long to recharge an electric car.
EV advocate Plug-In America notes that the typical 240-volt EV charging station can fully recharge a Chevy Volt in about four hours, and a Nissan Leaf in about eight hours. Tesla's proprietary charger can add 58 miles of range to its batteries for every hour of charging time, so fully recharging the Model S would take about four and a half hours. That's way too long to wait if you've got somewhere to be right now, especially when filling up an empty tank at the gas station typically takes only two or three minutes. 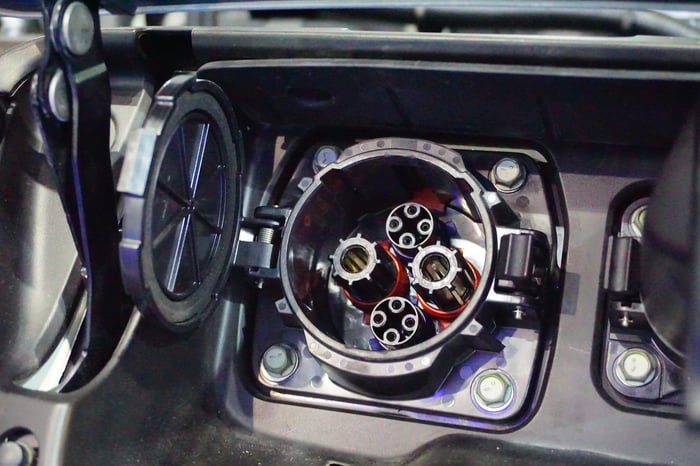 EVs aren't the ideal vehicle for someone who must drive hundreds of miles each day, but there aren't many people who would actually run into this limitation. The average car in the United States is on the road for only 40 miles each day, and only 7% of the cars in the country travel more than 100 miles in a given day.

Battery technology research has pushed hard toward faster charging times as well as greater storage capacities. One recent breakthrough out of Singapore's Nanyang Technological University uses improvements on existing lithium-ion battery construction to gain charging speeds 20 times faster than what's currently possible. Another breakthrough from Japan promises similar improvements in charging speed using a different improvement to the same lithium-ion foundation. Both breakthroughs are purportedly very close to commercial production. Imagine fully charging your Tesla in less than 15 minutes. That might happen in this decade. How much better might batteries become in the next decade?

3. Electric cars are too expensive.
One of the most common practical complaints about electric cars is that they cost more than a comparable alternative. But the data doesn't support this argument at all.

The cheapest new electric car on the market last year was the goofy-looking Mitsubishi i-MiEV subcompact, which retailed for about $24,000 before any rebates or tax credits. The cheapest "family size" EV on the market appears to be the Leaf or the Toyota Prius plug-in, both of which retail for roughly $30,000. That's actually lower than the average new car's price of roughly $32,000.

Since virtually every plug-in vehicle is eligible for at least $2,500 in tax credits (the credit tops out at $7,500 and grows based on the vehicle's battery capacity), 10 of the 15 new EVs available to American consumers are actually cheaper than the average gas-burning new car. Most Americans can't buy a new Tesla, but most Americans can't buy a new Maserati, either. Neither of those brands are (at least currently) designed for Joe Six-Pack in Peoria.

The "EVs cost too much" argument loses even more water when refueling is taken into account. The average gas-burning car, with its 24.1-mile-per-gallon efficiency, needed about $15 in gas to drive 100 miles last year before the oil price collapse. Even today, it would take about $9 in gas to drive the average car 100 miles. Many pure plug-in electric cars, by contrast, use roughly $3.85 in electricity (at the average U.S. utility rate for electricity per kWh) to drive 100 miles.

4. Electric cars are just as bad for the environment as regular cars.
This point tends to come up only after an EV skeptic has exhausted their other arguments. This argument relies on one study conducted at North Carolina State University, which claims that EVs and hybrid vehicles wouldn't reduce America's polluting air emissions even if EVs and hybrids made up 42% of all passenger vehicles in the country. The study claims that the lack of direct emissions from EVs would be offset by increased emissions from power plants that generate the electricity necessary to power them. 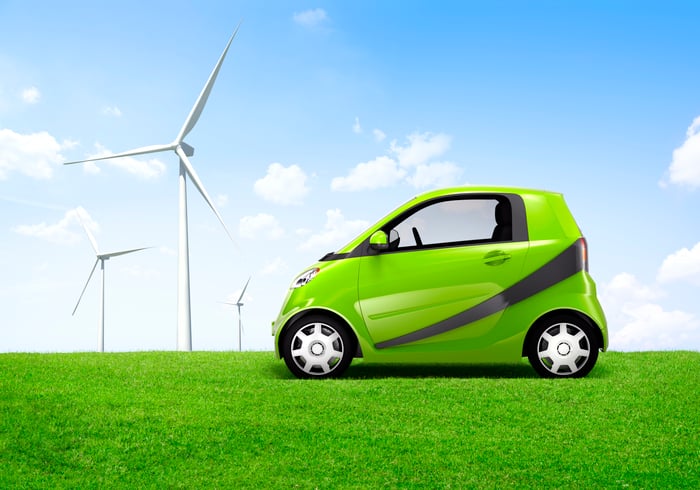 However, this study is countered by another study from the Union of Concerned Scientists showing that even in areas with high-pollution power plants, one mile of driving in a plug-in EV is only marginally worse than one mile of driving a very fuel-efficient gas-burning car. In most parts of the country, the power-plant infrastructure produces rates of carbon emissions for EV driving far superior to that of any gas-burning car.

The NC State study also seems to overlook one huge development in American energy production: Renewable energy has become an increasingly important part of the American electricity picture in recent years. Wind and solar energy combined to generate barely 1% of all American electricity five years ago, and these two sources now regularly account for more than 5% of all electricity generated in the country in any given month.

Wind and solar power combined to generate less than a 10th of 1% of America's electricity at the start of the 21st century, and the amount of solar power generated in the United States has been doubling in virtually every month for the past four years. If this trend continues, before the end of the decade solar power will be generating two-thirds as much electricity as nuclear plants do today, and half as much electricity as natural-gas-burning plants. By then, many American EV owners may simply have solar panels installed on their roofs, making their travel time truly emissions-free.

Look toward the long term
Many technologies seemed limited and doomed to fail when they were first developed. The railroad was a folly, until it wasn't. Air travel wasn't possible, until it was. Horses were better than the automobile, until they weren't. Human ingenuity has a way of proving its doubters wrong, and the electric car's problems are by no means permanent. Like all other problems, they're just waiting to be solved.