Still beverages are the biggest sellers for Coca-Cola, which just added three new brands to with $1 billion in annual sales. Image: Coca-Cola.

Soda sales keep going flat for beverage makers as consumers worry about their health and wellness, but Coca-Cola (NYSE:KO) has a deep bench of other beverages to keep its business bubbling.

The soda maker recently announced it added three more brands to its roster of drinks that each claim over $1 billion in annual retail sales. That brings to 20 the total number of company brands with such outsized popularity and points the way for Coke to overcome consumer reticence toward its line of sparkling beverages.

Soda loses its fizz
North American soda volumes are in a funk, registering flat growth for Coke in the fourth quarter, but falling 1% overall across 2014. Rival PepsiCo (NASDAQ:PEP) saw a 2% drop in regional volumes for both the quarter and the year. Beverage Marketing Corp. said this is the 10th consecutive year of declining volumes for carbonated soft drinks, and it anticipates that trend to continue. 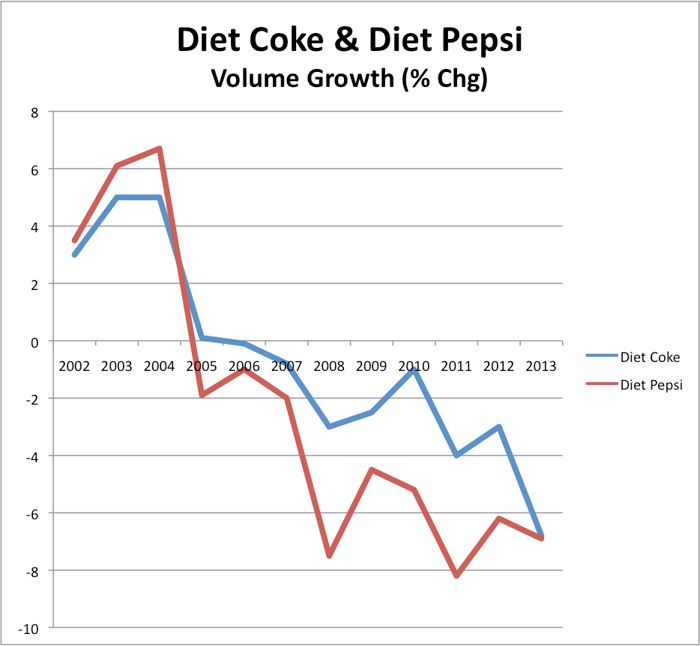 In comparison, Coke's still beverages, including juices, water, and sports and energy drinks, delivered a 3% jump in quarterly volume, building on the 1% growth they achieved for the full year. Pepsi's volumes were up 4% and 2%, respectively.

Diet soda in particular remains deeply troubled, with volumes through 2013 in freefall as consumers recoiled in horror at the potential risks posed by artificial sweeteners such as aspartame, high fructose corn syrup, and acesulfame potassium.

Although Coke tried defending its use of aspartame with ads extolling the sweetener's virtues, it is ultimately a losing battle, and Coke has a better chance of gaining acceptance with its new stevia-flavored Coca-Cola Life brand. Both Pepsi and Dr Pepper Snapple Group (NYSE:DPS) have also introduced stevia-based sodas.

A still life portrait of opportunity
Whether they can catch on with consumers -- let alone become billion-dollar brands in their own right -- remains to be seen, but Coke would be better off just adding still beverages to its roster.

The three new brands that each just reached the $1 billion sales mark -- Gold Peak Tea, Fuze Tea, and I Lohas mineral water -- were all part of that segment for Coke. In fact, the Fuze brand achieved that level just three years after it was introduced.

Here are Coca-Cola's 20 brands that achieved the singular sales threshold: 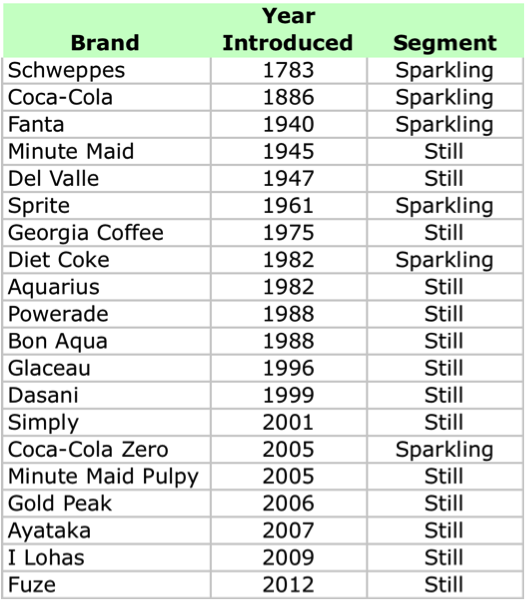 Underscoring the strength of Coca-Cola's bench are its AAA-league brands that currently generate retail sales between $500 million and $1 billion. Another 16 brands could eventually step up to the big leagues.

What it means to investors
Coke's North American revenue rose 2% to $5.37 billion in the fourth quarter because of still beverages strength, and hit $21.48 billion for the year. Because the region accounts for 47% of total revenue, it's important that Coke follow where the consumer is leading.

The combination of these top brands makes Coca-Cola a superior business, providing it with a strong, reliable cash flow stream that allows it to weather the downturn of any one division. There's a reason Interbrand says Coke has the world's third-most-valuable brand name.

Coke admits the current year will be challenging as it rebalances its business to match changing consumer tastes. Yet the fact consumers are embracing its still beverages in such a big way means this isn't a problem for Coca-Cola, but rather a huge opportunity from which it can profit.