The maker of membranes for the energy and healthcare industries reported flagging sales, but investors likely won't mind given its pending buyout.

The business that Polypore International (PPO) is in doesn't sound terribly glamorous, with the company making filters and separation membranes. Yet Polypore's products have important applications for important industries, including the energy-storage battery business and the health care and medical device industry. Until last week, Polypore investors were anxious about the company's coming fourth-quarter financial report as they sought signs that Polypore could restore some of its lost growth momentum. Yet in light of a buyout bid under which Japan's Asahi Kasei will pay shareholders $60.50 per share and then split up the company's assets between itself and U.S. giant 3M (MMM 1.42%), Polypore's report took on somewhat less importance. That turned out to be a good thing for investors, as Polypore's results weren't as good as most had expected. Let's look at Polypore's latest report and what investors should look forward to with the upcoming breakup of the company.

Polypore coasts into the sunset
Polypore didn't produce the growth that investors had hoped to see during the fourth quarter. Revenue fell 2.5% to $165.2 million, which was far worse than the roughly 4% top-line growth that represented the consensus among those following the stock. Still, adjusted net income came in at $20.5 million, and the resulting earnings of $0.45 per share matched most investors' expectations. 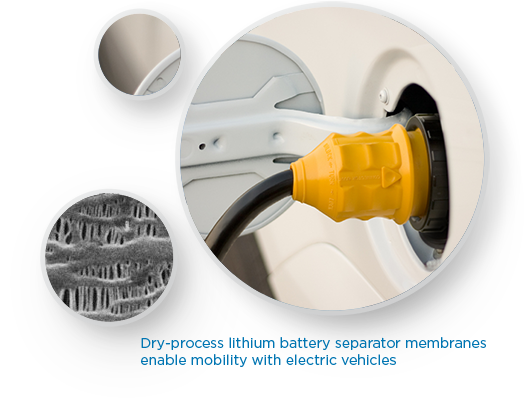 Looking at Polypore's different segments, the malaise in the company's growth was evident in most of its operations. In the energy storage segment, which makes up about two-thirds of Polypore's sales, revenue from electronics and electric-drive vehicles dropped more than 10%, and transportation and industrial sales picked up only 1.5%. In the separations media business, health care sales dropped almost 5%, while filtration and specialty products managed to stay even with year-ago figures.

From a profitability standpoint, Polypore suffered margin compression in most of its segments. Overall, operating margins fell to 18.8%, and only the separations media business managed to produce rising operating profits. The Electronics and EDV business saw the biggest drop in operating income, with a 43% drop to $4.3 million.

Polypore shares dropped about 1% in the first 45 minutes in after-hours trading following the announcement. Yet because of its future, the results aren't likely to affect Polypore shareholders.

What's ahead for Polypore?
Polypore replaced its usual earnings release with a simple SEC filing, reflecting its buyout offer from Asahi Kasei. It also cancelled its planned conference call, letting the results speak for themselves.

The mechanics of the planned transaction are a bit complicated. Asahi is technically the company that is buying out Polypore, paying the $60.50 per share that Polypore investors will receive. But immediately before the Asahi takeover takes place, 3M will buy the separations media segment, paying about $1 billion for the assets.

That will leave 3M with the health care side of the business, with Polypore making products like membranes used in kidney dialysis and other medical treatments. Meanwhile, Asahi will end up with the energy storage business, paying $2.2 billion after taking into account what it will receive from 3M.

At this point, Polypore hasn't yet gotten shareholder approval for the transaction. Yet given the stock's price, which is currently hovering just below the buyout bid, Polypore investors don't appear to anticipate any better offers, and it seems likely that they won't stand in the way of the future breakup of the company.

For longtime investors in Polypore, the buyout will end what has been a tough time for the company. After soaring in 2011, the stock hasn't done much since, and despite increasing interest in electric vehicles, Polypore hasn't seen the growth that investors had hoped to see, and this quarter's results make it hard for investors to feel bad about taking a buyout bid. Still, Polypore didn't live up to its full potential, and while Asahi might have better luck tapping the potential of Polypore's energy storage business, that success will come as little comfort for those who ended up not profiting from their Polypore holdings in the end.

Dan Caplinger has no position in any stocks mentioned. The Motley Fool recommends 3M and Polypore International. We Fools may not all hold the same opinions, but we all believe that considering a diverse range of insights makes us better investors. The Motley Fool has a disclosure policy.