Dan Caplinger and Travis Hoium
(TMFGalagan)
Author Bio
Dan Caplinger has been a contract writer for the Motley Fool since 2006. As the Fool's Director of Investment Planning, Dan oversees much of the personal-finance and investment-planning content published daily on Fool.com. With a background as an estate-planning attorney and independent financial consultant, Dan's articles are based on more than 20 years of experience from all angles of the financial world. Follow @DanCaplinger
Follow @DanCaplinger 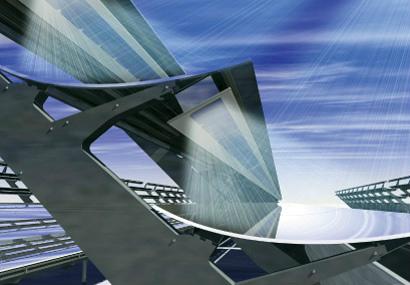 Solar power has been one of the highest-growth areas of the past decade. In the solar industry, First Solar (NASDAQ:FSLR) and SunPower (NASDAQ:SPWR) are both leaders. Yet each company has different areas in which it focuses, and each has had a different experience seeking out new ways to grow even larger while fending off competition from smaller industry players. Which one is the better buy for investors right now?

With this question in mind, I asked Motley Fool contributor and solar-industry specialist Travis Hoium to take his pick, and he decided to go with SunPower. I wrote about First Solar, and let him provide the rebuttal in favor of his pick. Take a look at our arguments, and see which one you think is more convincing.

Dan Caplinger (First Solar): First Solar has had its share of challenges in recent years, as the company found itself slipping from a competitive standpoint as cheaper panels with higher efficiency flooded the solar market. Yet instead of giving up, First Solar kept investing in efforts to improve its solar technology, and with its unparalleled strength in the large-project construction business, the solar giant still has plenty of capacity for future growth.

First Solar has improved the efficiency in its solar panels, boosting conversion efficiency to 14.4% and finally getting into the 14% to 16% range that many of its low-cost Chinese solar-panel manufacturer rivals manage to achieve. First Solar has also been able to push its cell efficiency figures higher, hitting a new record of 21.5%.

With those improvements, the company has seen reduced costs, boosting gross margin by six percentage points in the past year. Demand for panels has also pushed up First Solar's production capacity utilization rates. Furthermore, backlogs are piling up, amounting to about four gigawatts of panel production outstanding, or about three years' worth of capacity based on past production levels.

Finally, First Solar knows when it's time to consider joining its rival rather than beating it, as it and SunPower consider joining forces to offer a dividend-oriented yieldco for solar projects. With the possibility of sharing technology between the two entities, the yieldco could be the first step in greater collaboration between SunPower and First Solar. That gives First Solar greater share-price appreciation potential, if only because an eventual merger offer seems slightly more likely to come from SunPower, or its parent company, than from First Solar.

Travis Hoium (SunPower): I'll agree that First Solar has a lot more going for it today than it did just a few months ago; but long term, I'll stick with the industry's efficiency leader, SunPower. If the last five years have proven one thing, it's that it's easier to cut costs than increase efficiency. SunPower has by far the industry's most efficient panels.

What SunPower has struggled with is turning its profitable business of selling panels and building systems into a growth business. With all of the turmoil the industry has gone through in the past five years, it was prudent to work on cutting costs to remain competitive and survive instead of investing in manufacturing that could have crippled SunPower's balance sheet long term. But that's beginning to change, and the company is kicking growth into high gear.

During the next five years, SunPower is expecting to triple capacity, including low-concentration photovoltaic (LCPV) products that concentrate the sun's light onto its highly efficient solar cell. This leverages cell production into 6x-10x more energy production than a standard panel, and the process is highly scalable. 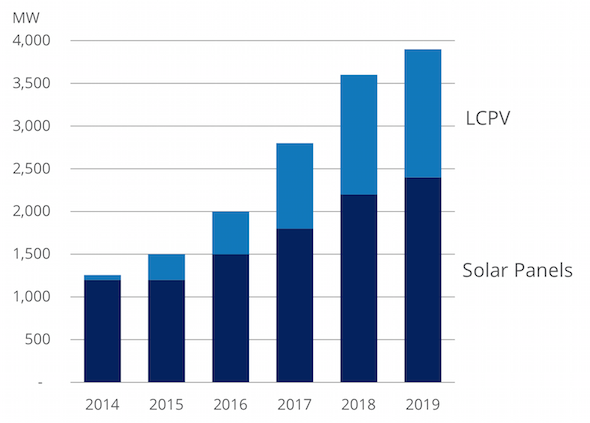 Diversity is also something that works in SunPower's favor over First Solar. SunPower has exposure to solar systems large and small in nearly every solar market in the world. If one market goes boom or bust (which has happened regularly in the solar industry) SunPower can adapt and move where it can build systems most profitably. First Solar's less-efficient panels have been completely shut out of the residential and commercial markets, limiting the diversity of its business.

At the end of the day, I think these are the two best companies in the solar industry, and they've proven their ability to survive through changing market conditions. I think, however, that SunPower's high-efficiency and diverse business makes it the better stock of the two.