A recent press release from the LG newsroom declared that Apple (NASDAQ:AAPL) "will release the iMac 8K with a super-high resolution display later this year." Such an iMac would far exceed available resolutions on other all-in-one devices, but there is a problem: Apple has not announced the device yet. 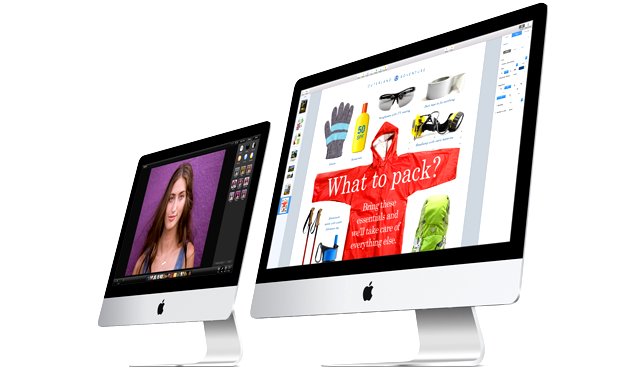 While the announcement might have been a mistake, it is likely that LG -- a major display supplier for Apple -- accidentally revealed information that was not intended for the public. That would suggest the Apple 5K iMac, which launched last year, could soon be obsolete.

Would 8K resolution be ridiculously excessive for an all-in-one PC? Or is it the inevitable next step for an industry struggling to come up with fresh ways to attract new customers?

The business of 8K devices
4K TVs and monitors, which have four times the resolution of 1080p displays, cannot yet be considered mainstream devices. 4K TVs only accounted for 20% of global TV sales last year, according to research firm DisplaySearch. Only a limited number of content providers yet offer 4K content, which limits the utility of owning such displays. That is probably why the next-generation Apple TV reportedly will not offer 4K support.

4K laptops, a niche device category intended for graphics editing and gaming, generally start at about $1,000, although lower-end systems generally cannot play 3D games at full 4K resolution. 4K tablets and smartphones are also usually restricted to niche markets. For example, Panasonic sells a massive 20-inch 4K tablet for $6,000, but it is doubtful anyone considers it to be a replacement for an iPad.

Despite the slow adoption of 4K devices, the PC and mobile industry is moving straight ahead to 8K displays. In February, the Video Electronics Standards Association, or VESA, approved a new Embedded DisplayPort standard that allows all computers and mobile devices to output 8K resolutions. VESA expects OEMs to start manufacturing 8K-compatible devices by the end of 2015. Microsoft also recently announced that Windows 10 will support 8K resolutions for displays larger than 27 inches.

A step too far?
Most industry watchers believe it will be years before 8K displays and content achieve mainstream adoption. Therefore, is there any reason for Apple to launch an 8K iMac at all?

The 5K iMac, which has a 27-inch display, costs $2,500. PC Pro, which gave the device five out of five stars in its review, claimed the 5K display makes it easier to edit photos and videos. But as devices hit 8K resolution, processing power, memory, and storage space must also be boosted to edit larger photos and videos or run 3D applications.

A nine-minute 8K video filmed at 30 fps would require about 8GB of disk space, highlighting how tough it could be to stream 8K content across the Internet. Meanwhile, even top-tier graphics cards like the NVIDIA GTX Titan X cannot run every game at 60 fps on high-detail levels at 4K. Lastly, the ability of the human eye to distinguish between 4K and 8K resolution is highly debatable.

What does this tell us about the Mac business?
Despite those challenges, there are two reasons to believe Apple could launch an 8K iMac this year.

First, Apple always leapfrogs existing designs to maintain its "futuristic" appeal. This strategy can be seen with the new MacBook, which uses a single port for charging, display, and file transfers. Second, Apple must continually update its Macs with higher resolutions, beefier components, and slimmer devices to keep consumers interested.

The Mac business matters more to Apple's future than investors might think. Last quarter, 69% of the top line came from iPhones, which means slowing sales of the smartphone line could crush the stock. Mac sales, however, rose 9% year-over-year and accounted for 9% of total revenue.

From the fourth quarter of 2013 to the same period of 2014, Apple's global market share in PCs rose from 5.8% to 7.1%, making it the fifth largest PC vendor in the world, according to IDC. Therefore, it is important for Apple to nurture the growth of its Macs with new 5K and 8K devices, since they could help diversify its top line away from iPhones and iPads.