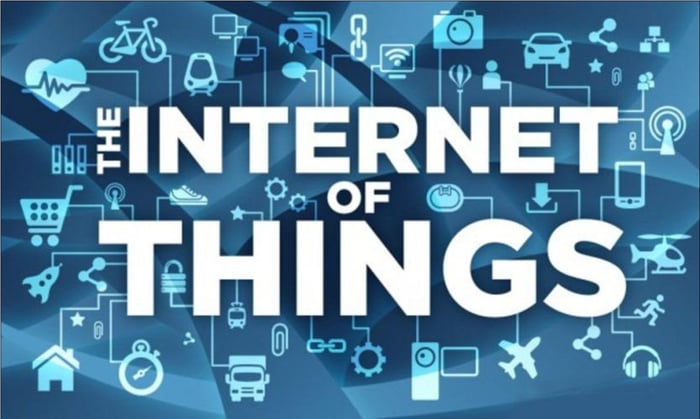 IBM (NYSE: IBM) has recently announced a $3 billion investment over the next four years to establish a new Internet of Things -- IoT -- unit. In addition, the company is building a cloud-based open platform designed to help clients and ecosystem partners build new IoT solutions.

We reached out to IBM for some additional information regarding what IoT means from a practical point of view and how IBM is planning to capitalize on its opportunities in this area. Chris O'Connor, General Manager, Offerings, IBM Internet of Things was kind enough to provide some answers and insights on this much exciting topic.

Understanding the Internet of Things
IoT could sound like a complex and sophisticated technology. However, the concept is actually quite simple. Devices around the world, whether it's a smartphone, a home appliance, a car, or an airplane, include a varying amount of sensors inside them. Those sensors are increasingly interconnecting via Wi-Fi and different protocols. Internet of things is about instrumenting, interconnecting, and creating intelligence from all those devices around us.

O'Connor believes that IBM is facing a truly transformational opportunity, the size and magnitude of which could be as big as the cloud.

Over the coming few years there are going to be 5 to 7 times as many Internet of things devices as there is going to be people in the planet. This means a potential for 50 billion devices out there. Any one of these devices is going to have tens to thousands of sensors around them, a simple device can have a few, but an airplane may carry thousands. Think about the wealth of information those devices can provide.

Here comes the opportunity, we think that 80% of the information coming from those billions of things is never acted on today. We estimate that 60% of that data loses its value in a couple of seconds. The ability to transform businesses, to act on that information quickly, provides an opportunity for better safety, increased margins, and new business processes like services and maintenance. This will transform how people think about selling devices and working with them.

Putting IoT to profitable use
IBM is working with different partners to implement IoT solutions in several industries. In 2014, IBM and AT&T (NYSE: T) formed an alliance to combine their analytic platforms, cloud, and security technologies in order to gain more insights on data collected from machines in a variety of industries. The partnership is initially focused on creating new solutions targeted for city governments and midsize utilities.

These organizations are getting access to integrating and analyzing data from mass transit vehicles, utility meters, and video cameras, among others. As a result, cities are able to better evaluate patterns and trends to improve urban planning, and utilities can better manage their equipment to reduce costs.

IBM seems particularly focused on the transportation industry, where the company has alliances with players such as Airbus and Cummins (NYSE: CMI).

It's not just about the device, you bring environmental data, weather data, map data, and other sources of information, and you put them together -- which is where IBM excels -- We bring our analytics engines and our capabilities to crunch that data, and now you can get an insight.

You can help an airplane fly smoother and use less fuel, you can help a vehicle driver reroute the destination, and all those things provide opportunities for our clients.

Cummins manufactures engines for a wide variety of industries, including cars and small trucks, and also big farming or mining equipment. In these businesses, breakdowns can be particularly expensive and disruptive, as a broken piece of equipment can be a major drag on the whole operation. O'Connor provided some insights regarding how IBM is helping Cummins to create value via IoT technologies.

What Cummins does is they instrument their engines putting little computers all over them. Then they build a package for how that engine should run, and they provide that to the people that put the engine into the device, whether it's a tractor, farm equipment, or a car. That becomes part of the final output, what Cummins enables is a better, more reliable and more maintainable piece of equipment, because it can predict when it needs maintenance and signal that before anything is actually gone wrong. Not only can it optimize for better running, it can avoid inconsistent or harmful running as well, and both aspects are very important.

About IBM's competitive strengths in IoT
Internet of Things looks like a massive opportunity over the years ahead, there are already many practical and valuable applications, and everything seems to be indicating that we are just in the first stages of what could be a game-changing series of innovations.

However, opportunity attracts competition, and IBM will need to compete against several big players trying to get a piece of the pie. In January 2014 Google (NASDAQ: GOOG) (NASDAQ: GOOGL) invested $3.2 billion in the acquisition of Nest Labs, a leading player in smart thermostats and smoke alarms. This means Google invested more in a single purchase than IBM over the coming four years in its whole Internet of Things initiative.

General Electric (NYSE: GE) is a particularly strong competitor on the industrial side. Via its Predix technology, the company is collecting 50 million data points from 10 million sensors installed on $1 trillion worth of equipment in different industries. General Electric has already produced over $1 billion in incremental revenue from this business in 2014.

While IBM is certainly not alone in trying to profit from IoT, O'Connor believes the company is strongly positioned to compete on the basis of the massive amounts of data in can collect, its superior cloud capabilities, and unique engagement strengths.

IBM has the opportunity to play with all of the industry players across all of the industries in the Internet of Things in a very unique way. We are not responsible for making any one component, but we understand how to integrate the data... Being able to integrate information from multiple sources is a huge strength.

Second, we have this ability to bring cloud capability around the world, our investment is second to none, we have instrumented multiple countries, and we have put our cloud capabilities into the most far-reaching places. So the Internet of Things can run everywhere.

Then there is engagement, this means construction of new business models for different industries to be able to gain competitive advantage. We specialize in not only helping understand data and the reach of cloud, but the engagement, the ability to create new business models with our clients that let them be competitive in their fields is a key area of expertise that we bring to the Internet of Things.

Considering the size of the opportunity, IoT should provide enough room for multiple players to profit from it over the long term. IBM seems to have the technological strength, brand recognition, and established relationships with clients in different industries and geographies to be one of the main beneficiaries from the IoT revolution.

Editor's note: an earlier version of this article misspelled Cummins.