Four tech giants are expanding into the cloud-based machine learning market. Which will rise and which will fall? 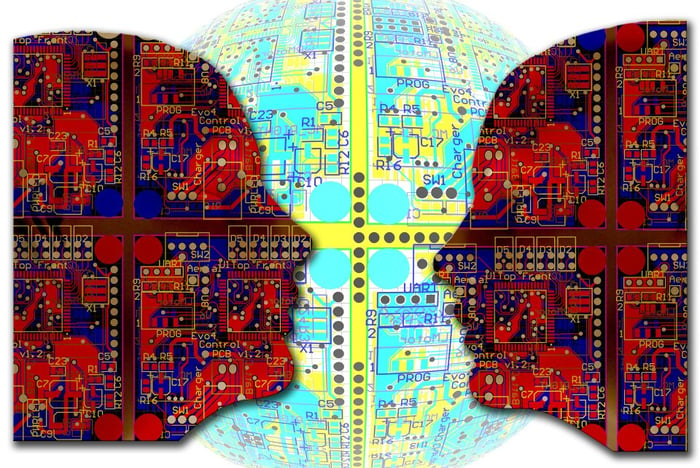 Amazon ML synchronizes with three services: its online storage service S3, its data warehousing solution Redshift, and its Relational Database Service (RDS). These services provide Amazon with a goldmine of data for learning.

Let's take a closer look at the business of machine learning, and what its growth means for Amazon's future.

Once all that data is read, businesses can gain valuable insights regarding customer behavior. For example, an ML model for a retailer could predict how gender, income, age, and profession affect purchases of certain products. These services will cost $0.10 per 1,000 predictions on Amazon ML.

Why does machine learning matter to Amazon?
It may seem odd for an e-commerce giant like Amazon to expand into machine learning, but it's an important way to enhance its growing cloud business.

That's just a sliver of Amazon's revenues of $89 billion last year, but it's growing at a much faster rate than its core product sales revenue, which rose 15% annually to $70 billion. Investors will finally get a clearer picture of the unit's growth when Amazon finally reports AWS revenues separately in its upcoming first quarter report on April 23.

If analyst estimates are accurate, Amazon's cloud-based revenues are comparable to Microsoft's and higher than IBM's or Google's. Microsoft's cloud revenue rose 114% year-over-year last quarter, with an annualized run rate of $5.5 billion. At the end of 2014, IBM reported that its cloud-as-a-service revenue had an annualized run rate of $3.5 billion. Like Amazon, Google doesn't disclose it's cloud-based revenue, but research firm TBR estimates that those businesses generated just $1.6 billion in revenues in 2014.

Can Amazon win the ML battle?
Amazon ML's core advantage is its connectivity to S3, which houses huge amounts of data from enterprise customers. Major S3 customers include Netflix, Adobe, Comcast, Pinterest, Airbnb, Expedia, and even the CDC.

Its main weakness is that many customers will likely use the cloud service connected to their most commonly used data processing software. Google has Drive, which is a popular collaborative tool for small and medium-sized businesses. Microsoft has Office 365 and Power BI (Business Intelligence), which lets users share, access, and collaborate on Excel reports across multiple devices. IBM also has plenty of comparable BI solutions, and it recently launched new cloud-based enterprise apps for iOS via its partnership with Apple.

If Amazon wants to catch up, it needs to partner up with third-party business intelligence providers like Tableau.

The cloud wars are just beginning
The machine learning business is currently split between Amazon, Google, IBM, and Microsoft, but many other rivals are entering the market. Angel investing tracker AngelList currently lists 643 machine learning start-ups with an average valuation of $4.8 million. Therefore, investors who are interested in the cloud computing market should keep a close eye on Amazon, Microsoft, Google, and IBM's latest moves.