Brian Stoffel, Sean Williams, and Todd Campbell
(TMFCheesehead)
Author Bio
Brian Stoffel has been a Fool since 2008, and a financial journalist for The Motley Fool since 2010. He tends to follow the investment strategies of Fool co-founder David Gardner, looking for the most innovative companies driving positive change for the future. He also mixes in risk-management strategies he's learned from Nassim Nicholas Taleb. Follow @TMFStoffel
Follow @TMFStoffel 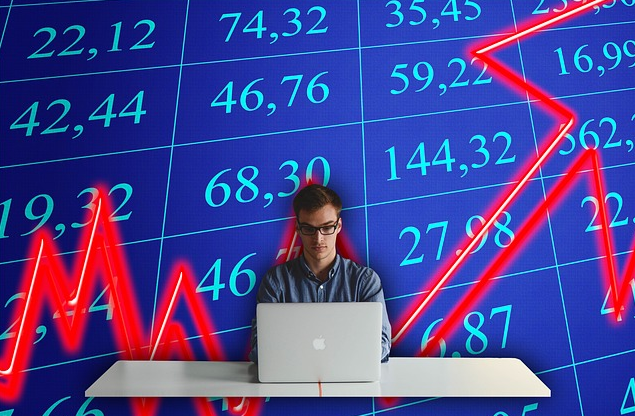 After crunching the numbers, our analysts parted ways with these three stocks.

We here at The Motley Fool aren't crazy about hitting the "SELL" button on our investments. We believe in taking a long-term, buy-to-hold approach to investing. That doesn't mean, however, that we never part ways with an investment.

This article will highlight three stocks that three of our analysts kicked out of their portfolios. Read on to find out why they originally bought in, and what made them eventually sell their shares of voxeljet (NYSE:VJET), PriceSmart (NASDAQ:PSMT), and QLogic (NASDAQ:QLGC).

Todd Campbell (voxeljet)
I admit it. I screwed up. I got so excited about the opportunity for 3D printing that I strayed from my goal of buying industry leaders and bought voxeljet, a niche player with little in the way of sales and a sky-high valuation.

Although my enthusiasm for 3D printing remains unchanged, I recently sold my voxeljet stake at a loss in order to focus on other opportunities. It was a cleansing experience, and ultimately the decision to sell the stock was pretty easy -- once I put my pride aside.

Here's why I cut bait on the company.

First, voxeljet's $7.56 million in fourth-quarter sales gave it a $30 million run rate, but the company is only guiding for sales of between $25.1 million and $26.2 million this year. That's pretty uninspiring, particularly considering that its trailing 12-month price-to-sales ratio is 9.59, which is much higher than 3D Systems' 5.44 ratio (I chose to hang onto 3D Systems). Second, while 3D Systems is expected to deliver earnings per share of $1.25 in 2016, up from $0.95 in 2015, voxeljet has a -29.6% operating margin and is forecast to lose money in both years.

Given that the company's printers are ultra-expensive, that one or two missed sales could derail results, and because its outlook and valuation are not sufficiently compelling to me, this stock is just too risky.

Brian Stoffel (PriceSmart)
In 2010 my wife and I quit our jobs as teachers and moved to Costa Rica. While there, we discovered PriceSmart, which is often called "The Costco of Central America."

Surprised at how many expats were living in Central America and using the warehouser, and how popular PriceSmart was with locals, I put a sizable chunk of our retirement savings into the company's stock. When we bought shares in June 2011, PriceSmart's stock was trading for $43 per share, and at about 20 times earnings.

The company had plans to expand its presence into South America through locations in Colombia; I believed that this, combined with an overall excellent operation, made PriceSmart a great investment.

For the large part, I was correct. The company's stock almost tripled between when I bought shares and late 2013 -- at which point they were trading for a hefty 45 times earnings. I should have sold then, but did not pull the trigger until late 2014.

In the end, my decision was purely based on valuation. PriceSmart has a smart strategy for growth, taking a slow and steady pace to expansion. Over the past two years, however, the company's stock has been priced as if it would be opening new stores all over South America every year. As it is, PriceSmart doesn't even have 40 locations total worldwide!

Combine that with slowing same-store sales -- some of which are the result of conscious store cannbalization, and some the result of unfavorable foreign currency exchanges -- and I simply believed there was a better place for my money.

Sean Williams (QLogic)
In November 2012 I opened a modestly sized position in small-cap company QLogic, a designer and developer of server and storage infrastructure products.

At the time of the purchase (which was $9.19 per share, for those interested) my investment thesis was founded on the idea that businesses demand for networking and storage infrastructure would rise due to the build out of enterprise data centers. Additionally, I was excited by telecom providers' substantial investments in their infrastructure. This was around the time AT&T (NYSE: T) announced a $14 billion investment in upgrading its wireless infrastructure, which essentially signaled "game on" to me when it came to data storage expansion.

To boot, QLogic had been healthfully profitable, even if its growth rate was less than stellar; boasted a P/E of about $10; and if I recall correctly had in the neighborhood of $3.50 or more in cash per share at the time of purchase. I viewed it as a fairly safe investment with little downside that had a decent shot at 50% or more upside in the coming years.

As of mid-March 2015 I no longer own QLogic, having jettisoned my position at $15.11 per share for a substantial gain over a two-and-a-half-year period.

Why sell now when QLogic has momentum on its side? Three reasons came to mind.

First, the business is highly cyclical, and after a multiyear run higher by infrastructure components suppliers I didn't feel like pushing my luck. Second, though QLogic delivered 10% revenue growth in its third-quarter report, as well as 75% generally accepted accounting principles growth, much of the company's recent bottom-line boost derives from a June 2013 announcement that it would restructure in an effort to cut operating expenses by $20 million annually. There's nothing wrong with cost-cutting, but I believe QLogic squeezed as much as it could out of its restructuring while being valued at $15 per share. Lastly, I was concerned about how higher interest rates might impact infrastructure spending as a whole.

I feel pretty confident that I made the right decision, and should QLogic again find itself under $10 per share I'll dive into its books and see if it's worth returning to my portfolio.