Please ensure Javascript is enabled for purposes of website accessibility
Log In Help Join The Motley Fool
Free Article
Join Nearly 1 Million Premium Members And Get More In-Depth Stock Guidance and Research
By Andrés Cardenal – May 2, 2015 at 10:00AM

According to the latest research, Netflix is well on track to disrupting the TV industry. 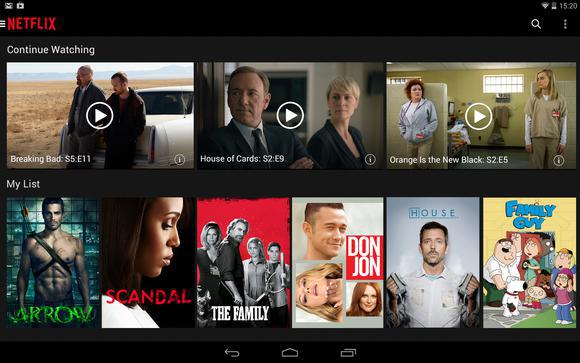 According to estimates from BTIG Research, the average Netflix (NFLX -0.27%) subscriber streams nearly two hours a day of movies and programs. This huge number means Netflix is not only the undisputed leader in online streaming, but also one of the main broadcast networks in the U.S. when considering both online and linear TV. Needless to say, this has massive implications for investors in Netflix stock.

Crunching the numbers
Netflix has recently disclosed that members watched 10 billion hours of content in the first quarter of 2015. The analysts at BTIG Research tied that number with the company's guidance for 40 million U.S. streaming members in the first quarter of 2015 -- Netflix actually reported 41.4 million members in the U.S. Assuming that approximately 73% of usage came from the U.S. during the quarter, this leads to an estimate of nearly two hours daily for Netflix U.S. subscribers.

Netflix has not provided official U.S. streaming statistics in a long time, so it's hard to tell if those numbers are accurate. Still, the assumptions behind BTIG Research's calculations sound plausible, and they have huge implications for investors in Netflix stock. The research company believes this estimate would position Netflix as one of the biggest networks in the U.S., perhaps even in the second place among them.

According to data from Nielsen, Americans watch on average five hours per day of traditional TV. But this is across several different networks, so Netflix looks remarkably strong in comparison to most linear TV players.

On the other hand, Netflix is only present in around 40% of American homes, so the comparison is not completely fair. Also, average viewership figures could be skewed by the fact that some users watch much more than others. Binge viewing is quite typical among Netflix subscribers, and it could mean average numbers are not necessarily representative of the typical viewing habits of most Netflix users.

Estimations are always subject to mistakes and revisions; however, the official financial figures from the company confirm that Netflix is growing at full speed, so things look quite encouraging from that point of view.

The company added 2.3 million new members in the U.S., well above guidance for 1.8 million new members, and also beating the 2.25 million members it gained in the same quarter last year. Growth is particularly vibrant on the international front, where the company added 2.6 million members versus a forecast of 2.25 million. In the first quarter of 2014 Netflix gained a considerably smaller 1.75 million new international members.

Netflix is stepping up its international growth; management is planning to expand into 200 countries in the coming two years from the nearly 50 countries where it currently has a presence. On March 24, Netflix was launched in Australia and New Zealand, adding about 8 million broadband households to its addressable market.

Competition is on the rise, and it makes sense to assume that different players will continue increasing their presence in online streaming in the coming years. However, content is a crucial differentiating factor in the business, and Netflix is proving to both viewers and investors that it can deliver valuable content for a competitive price.

Time Warner (TWX) is arguably the biggest threat when it comes to content quality. But it's worth noting that HBO's recently launched HBO Now service costs $14.99 monthly, a considerable premium versus Netflix and its monthly fee of $8.99. HBO's venture into the business could even validate Netflix's customer proposition and allow the company to raise prices in the future.

As different players broaden their presence in online streaming, traditional TV players could stand to lose the most as viewers continue cutting the cord and moving toward streaming from linear TV. Under this scenario, the streaming segment should offer more than enough room for Netflix, Time Warner, and other competitors to thrive over time.

The online TV revolution is here to stay, and Netflix is at the same time a major driving factor behind that trend and one of the main beneficiaries from it. This is clearly a big positive for investors in Netflix stock from a long-term point of view.