Shortly after Apple (AAPL 0.41%) reported its best second quarter ever, comScore noted Apple's smartphone market share lead in the U.S. has increased further. And another report released this week by Kantar Worldpanel ComTech shows increasing market share for iPhones in Europe and China, too. The tech giant's ability to maintain strong market share, despite its devices' premium price points, continually demonstrates Apple's durability in the market.

iPhone: A smashing success
Apple is riding the success of its new flagship iPhone lineup, the iPhone 6 and 6 Plus, as well as the strength of its older iPhone models, which Apple sells at lower prices.

The huge success of Apple's new iPhone was clear in the Cupertino-based company's first- and second-quarter results. In Q1 and Q2, iPhone unit sales were up 46% and 40%, respectively, from the year-ago quarter. iPhone revenue was up 57% and 55% during the same period.

In Europe, Kantar points to a high rate of Android switchers.

In China, where iPhone unit sales volume now surpasses the U.S. market, according to Kantar, the company is benefiting from expanding reach to less affluent buyers. 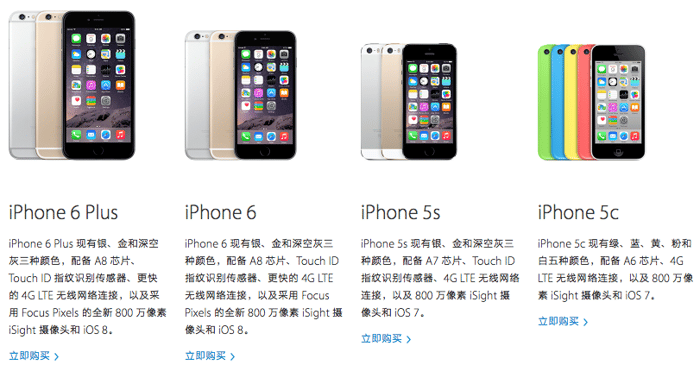 With Apple decreasing the price of its iPhone models by $100 every subsequent year of their availability, the company's current offering of lower-priced iPhone models are far better than those offered in the past. Today, Apple's iPhone lineup available for purchase in China, from least expensive to most expensive, consists of the iPhone 5c, iPhone 5s, iPhone 6, and iPhone 6 Plus (notably, all the iPhone models compatible with Apple Watch). Though with the cheapest iPhone in China priced at 3,288 RMB, or $530, the phone still isn't cheap by any means.