Please ensure Javascript is enabled for purposes of website accessibility
Log In Help Join The Motley Fool
Free Article Join Over 1 Million Premium Members And Get More In-Depth Stock Guidance and Research
By Daniel Sparks - May 11, 2015 at 5:00PM

As Fitbit attempts to raise money and grow its business, will Apple get in its way?

Fitbit filed an S-1 on Thursday, declaring its intentions to go public on the New York Stock Exchange under the symbol "FIT." As competition in the nascent wearables space heats up, particularly with the recent launch of Apple's (AAPL -0.23%) smartwatch, the company aims to raise approximately $100 million in hopes it can maintain its leadership position in the market. But, even as a public company, will Fitbit have the resources to fend off well-capitalized tech giants? 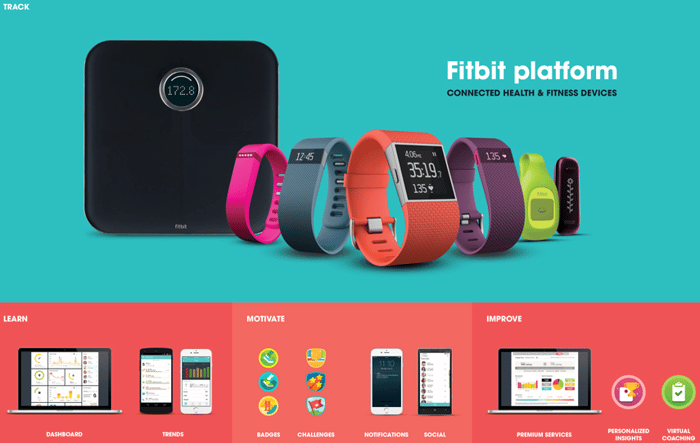 In the S-1 filing, Fitbit boasted some impressive financials for a company founded in 2007 by a Harvard dropout.

As of March 31, Fitbit has sold 20.8 million devices sporting wearable technology. In 2014, Fitbit revenue in the U.S. fitness activity tracker market was second to none, with a 68% share, according to research by NPD Group. Fitbit's 2014 revenue of $745.4 million than doubled its $271.1 million in sales in the prior year.

These soaring sales have carried over to Fitbit's bottom line. The company reported net income of $132 million for 2014. In the first three months of 2015, Fitbit took in $48 million in net income.

The Apple and Google threat
The risk, however, is that Apple or Google -- two tech juggernauts whose financial resources appear unlimited when compared to Fitbit's -- could render the early mover's success in wearables short-lived.

While Google's Android Wear operating system for wearable technology is open for other manufacturers to use, the search giant could easily have heavy influence on the success of existing producers by forging partnerships or by working with a manufacturer to make its own Google-branded wearable technology. Conversely, Google could also serve as a catalyst for Fitbit if the two companies work together.

Apple is the biggest threat in the equation. With the launch of its own Apple Watch, the Cupertino-based company is dead set on defining the future of wearable technologies. With the company's loyal customer base, the Apple Watch could easily become the standard setter in the space, as well as limit Fitbit's market.

One possible strategy for Fitbit to stand out is to continue to pursue its current niche, which is purely focused on health and fitness. While Apple Watch mostly matches or and exceeds Fitbit's current health and fitness tracking abilities, the tech giant's watch also sells at a premium to Fitbit devices. Even if Fitbit chooses this strategy, however, it remains to be seen whether this niche can continue to flourish after the launch of Apple Watch.

One thing is certain: The wearable market is growing by leaps and bounds. In 2014, shipments of wearable tech tripled from 2013, according to IDC. Going forward, IDC predicts shipments will grow from 21 million in 2014 to 114 million by 2018.

But can even a publicly traded Fitbit stand out in this fast-growing market as competitors introduce their own competing devices?