Peabody Energy Corporation (NYSE: BTU) CEO Gregory Boyce has agreed to a pay cut in 2015. In a business world where executive pay often seems out of line with reality, that's a breath of fresh air. But is a CEO agreeing to be paid less good news or bad news?

Paying up for what?
In the middle of 2014, the Economic Policy Institute released a report showing that the ratio of CEO pay to employee pay had widened from around 20 to 1 in 1965 to nearly 300 to 1 in 2013. That growing gap is disarming.

Interestingly, the researchers found that, on average, CEO pay is closely correlated with the performance of the stock market. Which makes some sense if you believe in paying for performance. However, there are frequent examples of companies where pay and investor returns don't seem so aligned.

For example, a study by Michael Cooper, Huseyin Gulen, and P. Raghavendra Rau analyzing CEO pay between 1994 and 2011 found that the performance of the companies with the highest paid CEOs actually had worse returns than similar firms with lower CEO pay levels. In my mind that makes the media frenzy surrounding Coca-Cola's pay package that Warren Buffett didn't like even more distressing. Buffet, despite his influence, notably didn't vote against the package, he punted and didn't vote on the matter at all. 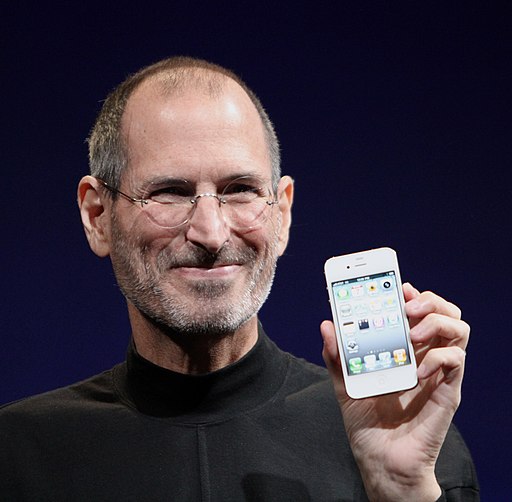 A pay cut?
It's interesting, then, when a CEO agrees to be paid less than you might expect, including the willingness to take a pay cut. There's likely information to be gleaned from such unusual pay situations.

There are extreme examples like Steve Jobs, who took a base salary of $1 when he returned to Apple (NASDAQ: AAPL) in 1997 after having effectively been shown the door in the mid 1980s. On the surface that's a far cry from the situation at coal giant Peabody Energy, where the CEO and CEO elect both agreed to take 10% pay cuts.

But there may be more similarities than you think. The most notable being the fact that Jobs returned to Apple when it was a struggling company. The iPod wasn't around and certainly not the iPhone or iPad. All that came after Jobs returned. So the salary was symbolic: Jobs was saying that he believed Apple had a bright future despite its then current difficulties.

It's safe to say that Peabody Energy is struggling right now, too: The coal miner's earnings have been in the red in nine of the last 10 quarters. But that has less to do with the CEO, and his heir apparent, than it does with the coal industry.

A tough market
In the United States there's a shift from coal to natural gas taking place that has weakened demand for coal and depressed prices. Internationally, supply has come on so strongly over the last few years that demand has been swamped. Prices have, predictably, fallen. Add in the fact that giant coal consumer China is growing less robustly than it was a couple of years ago and there's even more downward pressure.

In response, coal miners throughout the industry have been streamlining operations. One line in Peabody's 10K sums it up nicely: "In 2014, we expanded our repositioning efforts to include voluntary and involuntary workforce reductions and office closures and initiated plans to consolidate certain shared services globally." It warned that it might need to dig even deeper in the future to keep the company going. 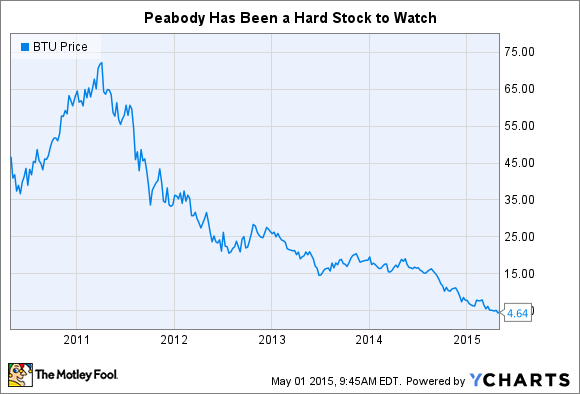 If the board of Peabody were truly dissatisfied with its CEO, it would have fired him. In fact, in many ways, Peabody has done better than its peers through this difficult time. So the pay cut is more of a statement than a punishment. Indeed, Peaboy's Boyce is effectively saying he still believes in the company's future and that he's willing to share in the current pain being felt by shareholders and employees.

While that's great to see, it's also a statement about how bad things might be. Looking back at Apple, there were real concerns in the late 1990s that the company had essentially lost its way and might never find it again. For Peabody, the pay cut is anecdotal evidence that the long downturn isn't over and that 2015 probably won't be the year of the rebound.

Peabody and Apple, then, are clear examples of why an unusual CEO pay event, like a pay cut or a CEO with an abnormally low pay package, in any industry, may not be such a positive event. Sure, Jobs was able to turn things around at Apple, but such positive outcomes aren't guaranteed and couldn't have been known when he and Apple made their $1 salary statement. Essentially, when you see an outside the box pay situation, Peabody's CEO pay cut being a recent example, it's worth taking another look at what's going on.