Facebook’s massive user base ensures that it will remain the dominant name in social networking for years to come.

Steve Jobs once told his biographer, Walter Isaacson, that he admired Facebook (META 1.98%) for its domination of the social networking industry. "We talk about social networks in the plural," he stated. "But I don't see anybody other than Facebook out there."

Although Jobs passed away nearly four years ago, those two sentences still define Facebook's sustainable competitive advantage -- the long-term strength that gives it a lasting edge over its rivals. That advantage is simple: its massive user base. 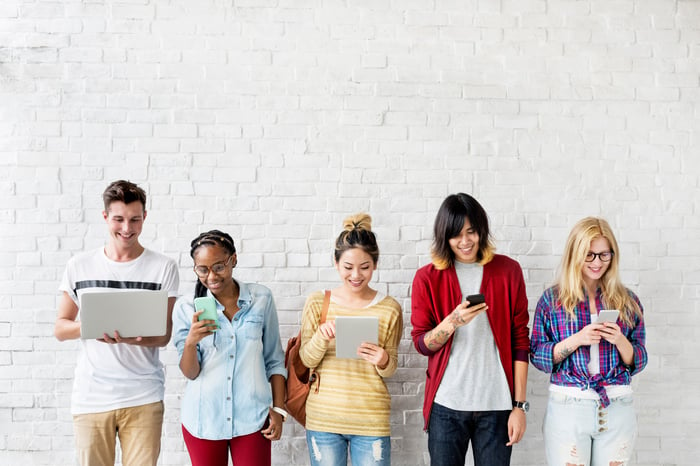 Last quarter, Facebook's monthly active users (MAUs) rose 13% annually to 1.44 billion -- more than the population of China. Facebook also owns Instagram, which has 300 million MAUs, and WhatsApp, which has 800 million. 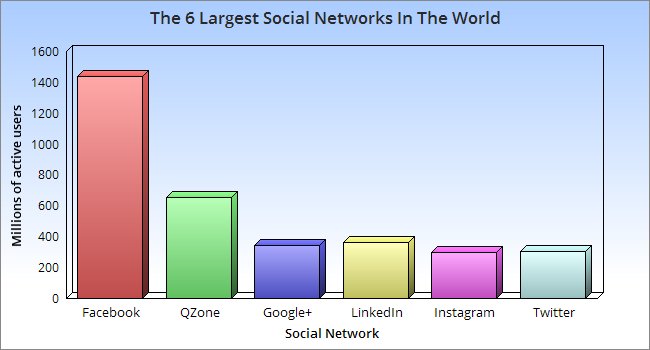 Data source: Compiled by author from data from Social Times and quarterly reports.

Facebook's massive user base makes it impossible for marketers to ignore. As a result, demand for Facebook's ads has surged to the point that the company can throttle the number of ads it displays to inflate prices.

However, Facebook is leveraging its massive user base to hit Google where it hurts: mobile display advertising. According to eMarketer's estimates, Facebook's mobile display ad revenues in the U.S. were more than three times higher than Google's in 2014. Last quarter, Facebook's mobile advertising revenue accounted for 73% of its total ad revenues, up from 59% in the prior year quarter, and 1.25 billion of Facebook's MAUs were visiting the site via mobile devices.

Facebook exploits that weakness by weaving a system of single sign-ons (SSOs) across third party apps and sites. Google has its own SSO system, but it's arguably less popular than Facebook's due to its lack of a major social backbone. Facebook SSOs can also help marketers record "conversions" (purchases or defined actions) after an ad is clicked through to a linked site. Google struggles in that department due to the fragmented nature of its cross-platform ad networks.

But disrupting Google's mobile advertising business is just part of Facebook's long-term plan to connect its user base to a cloud-based "operating system" of its own.

With SSOs weaving through apps and sites, Facebook is basically creating a network of user data which makes its targeted ads more appealing. It also owns Parse, a turnkey service that adds user authentication, push notifications, social media integration, location data, and data analytics into any app. Facebook integrates Parse with app install ads in the News Feed, which makes it an attractive all-in-one solution for hosting and promoting mobile apps. By collecting developer subscription fees, Facebook gains a way to profit from iOS or Android app sales without distributing it through an app store.

Facebook also recently launched its own video hosting and news publishing platforms, which could keep users in its ecosystem for a longer time. Facebook user already spends plenty of time per day on the site, so those new features could be bad news for rival sites:

Facebook is also evolving its Messenger stand-alone app into a mobile platform. Mobile payments, sticker sales, and e-commerce integration could eventually evolve the app, which has over 600 million active users, into a new source of revenue.

It might seem odd to refer to this scattered network of apps and features as an "operating system," but that's exactly what Facebook is becoming -- a cross-platform OS which weaves through apps and sites while adding features to "lock in" users.

Facebook's greatest strength is its massive user base. It's unlikely that any rival network will come close to topping a billion users within the next few years.

Meanwhile, Facebook, Instagram, and WhatsApp will all likely keep gaining users. As long as Facebook retains those users, marketers will line up and ad prices will remain high. That, in turn, will provide Facebook with the capital it needs to keep evolving and expanding its ecosystem.