Find out what the Chicago Bulls' star has in the bank.

He may not have the all-around game of LeBron James or the outside touch of Stephen Curry, but there's no question that Derrick Rose is one of the most explosive players in the NBA today.

After his Bulls team got eliminated from the playoffs last week by King James and the Cavs, Rose will have to watch the rest of the playoffs from the front row of his living room. But for a player who has been hobbled with injuries for the past several seasons, just leading his team to the second round of the playoffs can be seen as a step forward.

D-Rose, as his fans knows him, tore his ACL in a 2012 playoff game against Philadelphia, sidelining him for the entirety of the 2012-13 season, and since then further injuries have forced him to sit out large chunks of the season and affected his playing ability.

Though knee problems have kept the 2010-11 MVP below the rim in recent years, Rose's bank account hasn't suffered from his lack of PT. Let's take a look at how the Chicago native and hometown hero made his millions. 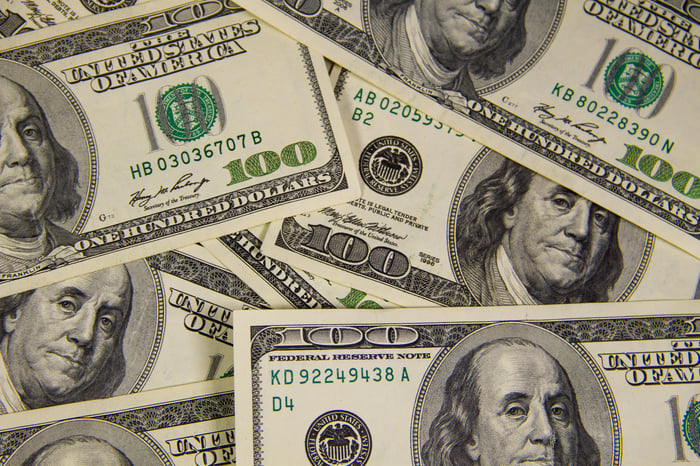 A steady paycheck
After a standout freshman year at Memphis University, Rose was selected as the Bulls' first pick in the 2008 NBA draft, and he signed a 4-year, $22.5 million contract, or $5.6 million a year. In 2011, fresh off of his MVP season, Rose's earnings jumped when he negotiated a five-year extension worth $94.8 million, or $18.8 million a year, tying him to the Bulls until 2017.

Considering Rose has had several injuries since the extension was signed, the Bulls may have gotten the short end of the deal, though insurance paid for 40% of Rose's salary during the seasons he was injured. Nonetheless, $18.8 million for a former MVP is not unreasonable by NBA standards. For the 2014-15 season, his salary ranked #11 in the league behind less-decorated players like Rudy Gay and Joe Johnson.

When his current contract expires, Rose will be 28, a ripe young age in most careers, but considered past one's prime in the NBA, at least according to one study that found NBA players peak as 24-25-year-olds. A great player can dominate well into his 30's -- Michael Jordan won his last title as a 35-year-old -- but even if Rose's performance returns to his pre-ACL level, his earning potential will likely be diminished when he returns to the bargaining table in 2017.

Oh, and there's that Adidas deal
If you watch TV, you have probably seen one of Rose's many Adidas ads at one point or another. Rose is arguably the German sports-brand highest profile in the U.S., and was signed as Adidas' latest hope to crack the Nike-dominated basketball-shoe market. Rose is committed to a 13-year, $185 million contract with Adidas, a record endorsement deal at the time. However, In 2013, Adidas sold just $40 million worth of his shoes, far less than the $300 million worth Nike moved of its LeBron James model. Rose's injury was at least partly to blame for the wide gap.

In addition to Adidas, Rose, a fan-favorite, has endorsement deals with Powerade, Skullcandy, Wilson Sporting Goods, and others, however the Adidas contract makes up the vast majority of his endorsement earnings.

Add it all up
Between endorsements earnings and his basketball salary, Rose pulls close to $40 million per year, making $36.6 million last year, according to Forbes, which listed him as the #13 highest-paid athlete in the world. Much of that goes to taxes and agency commissions, however. The website celebritynetworth.com pegs his total net worth at $70 million.

That figure is likely to grow not just because of the longevity of the Adidas deal and his potential to earn millions more as a player, but because Rose seems to be investing his money wisely and planning for the long-term, unlike many professional athletes who encounter bankruptcy once their playing days are over.

After signing his contract extension, Rose indicated that he had no plans to spend the money frivolously, telling the Chicago Tribune, "I live a humble life. I know I'll be able to afford what I want. But not too many things excite me except winning and being around my family."

He even upset some fans and commentators when he said he was resting his knees in part because he was planning for the long-term, for life after basketball, saying he wanted to be able to walk at his son's graduation.

Finally, Rose has invested at least part of his earnings, buying a stake in Chicago-area pizzeria chain Giordano's. The amount of Rose's investment was undisclosed, but Rose has lent his star power to the enterprise, serving as spokesman in the company's push to expand outside the Chicago area. In 2011, prior to Rose's involvement, the business was sold to a private equity firm for $52 million.

Based on his current earnings trajectory and his investments, Rose's overall wealth could easily top $100 million within the next couple years.