Please ensure Javascript is enabled for purposes of website accessibility
Log In Help Join The Motley Fool
Free Article Join Over 1 Million Premium Members And Get More In-Depth Stock Guidance and Research
By Rich Duprey - May 24, 2015 at 9:15AM

Editor's note: A previous version of this article indicated that the Karbonator beads used to carbonate beverages in the Keurig Kold machine would end up being consumed by those drinking beverages made by the machine. This is not the case. As a Keurig Green Mountain executive explained, the Karbonator beads hold and release beverage-grade CO2 to carbonate each beverage. The beads are in a separate chamber of the pod from the syrup or other flavoring. When the beads come in contact with water, the CO2 is released and the beads, and the small amount of water used to moisten them, remain in the pod chamber, while the CO2 travels to the cold chiller to mix with the beverage water.

Management at Keurig Green Mountain (GMCR.DL) just revealed another way it has completely lost touch with the consumer. Not only did the coffee maker misread the market's desire to use cheap, third-party portion packs in its at-home brew systems, but now Keurig has doomed its new cold beverage system to failure by pricing the device out of the market.

Keurig Green Mountain says it just needs to better market the coffee system to highlight the more than 500 varieties of coffee available across more than 70 brands. But this still ignores the real problem -- people don't want to pay up for single-serve packs.

In a similarly stunning miscalculation, Keurig is now betting that customers will gladly pay $300 for the gee-whiz technology incorporated in its new at-home cold beverage system, the Keurig Kold. In reality, it has all but guaranteed that the new drink makers will gather dust on store shelves right alongside the coffee machines.

Demand is drying up
Soda consumption is falling on a global scale, but even more so here at home. Coca-Cola's (KO -0.05%) revenue rose 1.2% this past quarter not because it was selling more soda, but because it raised prices on its beverages. Industry analysts at Beverage Digest said the U.S. carbonated soft-drink market actually contracted again last year, with sales volume falling by almost 1%: the industry's 10th consecutive annual decline. 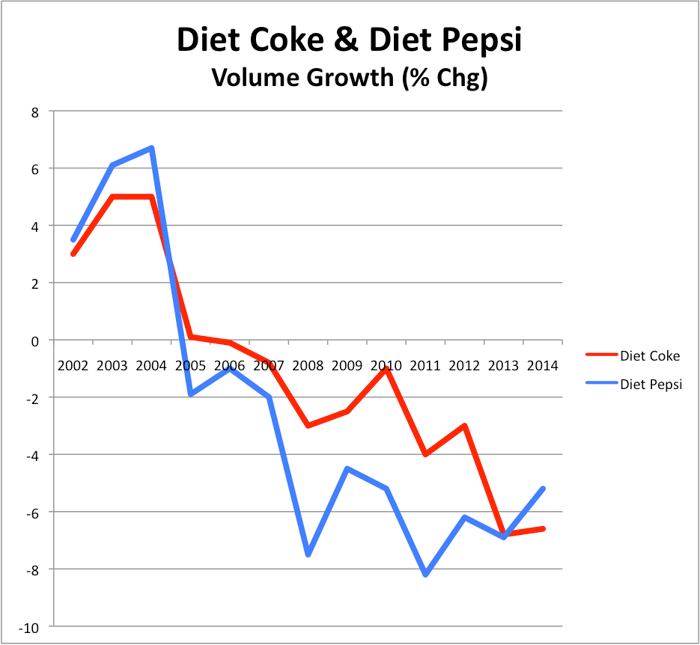 Even SodaStream International (SODA) seems to realize that soda doesn't have much of a future -- it has pretty much abandoned that market in favor of branding itself as a carbonated water producer.

Fortunately, Keurig's new system isn't dependent only upon soda or flavored water for its hoped-for success -- it will make all manner of cold drinks, including tea, sports drinks, and juices.

While Keurig is subsidizing the cost of the new machines in order to drive sales of its profitable portion packs, just as it did with its at-home coffee brewers before, the high initial investment in the system requires a leap of faith to believe it will be adopted.

In addition to the relatively high price tag of the Kold machine (by contrast, SodaStream units retail for $79.99-$199.99) the pods are also relatively expensive, costing between $0.99 and $1.29 each. This means Keurig will be competing against not just the do-it-yourself beverage market, but also the full portfolio of single-serve drinks that come in cans and bottles, are easily dispensed from the refrigerator, and are similarly priced.

Waste not, want not
One of the supposed benefits of the SodaStream system was its environmental friendliness -- consumers could reduce the number of cans and bottles introduced into the waste stream by using its reusable liter bottle. But Keurig has an image problem with the mountain of spent pods filling landfills. That won't change now that consumers will also be making cold beverages with portion packs.

That's a latte waste heading out to landfills that not even the refillable My K-Cup can overcome.

While there is something of a "green" benefit to using these systems, it obviously isn't large enough to sustain further growth for SodaStream, let alone a second entrant into the niche.

The cold light of day
The market realizes -- even if Keurig Green Mountain doesn't -- that it misjudged its opportunity. The stock lost almost 10% of its value following the pricing announcement and has only continued down since. Had it produced a machine that was affordable for a large number of people and produced a product that was competitive with existing drink prices (and could be environmentally sound) Keurig Green Mountain may have made a go of it.

But by ensuring that relatively few people can pay for its cold beverage machine, and rolling it out slowly to market over the course of the next year, Keurig will receive a cold reception from consumers and investors.