It can be good to know your gross pay, but it's not the best indicator of how much money you're making.

What is gross pay? Basically, gross pay refers to all the money your employer pays you before any deductions are taken out. It includes all overtime, bonuses, and reimbursements from your employer, and it does not account for such deductions as taxes, insurance, and retirement contributions.

What can be included in gross pay?
Gross pay includes any money your employer pays to you, such as: 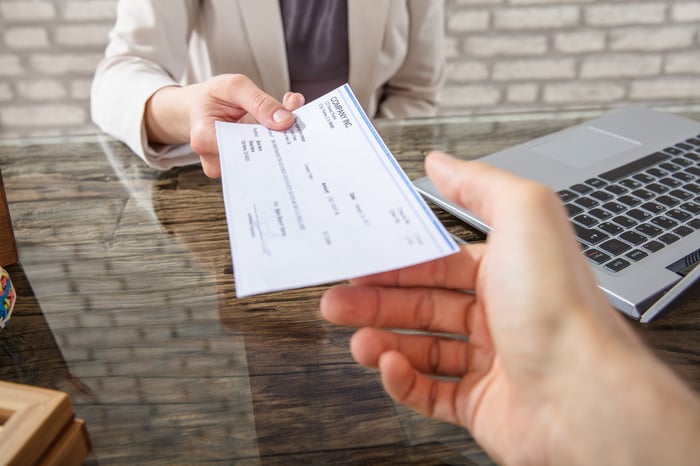 How is this different from my salary?
Many people use the terms "gross pay" and "salary" interchangeably, but these terms actually refer to very different amounts of money in most cases.

Salary, or base pay, simply refers to the base wages your employer has agreed to pay you. Most workers, whether they're paid hourly or salaried, receive at least one of the other forms of compensation in the above list, therefore gross pay usually ends up being greater than the salary or base pay.

What is net pay?
Simply put, net pay is the amount of money you actually receive each pay period. It's commonly referred to as "take-home pay." Net pay is equal to your gross pay minus all deductions, such as:

Why your "net pay" is the number you should really care about
Gross pay is a somewhat useful figure, as it gives you an overall idea of how much money you're earning from your employer. It's also the income measurement that mortgage lenders consider, so it can be important to know.

However, in most real-world situations, your net pay is the better indicator of how much money you're making. After all, if your annual gross pay is $60,000, you don't actually have $60,000 to spend.

Further, two people with the same gross income could have entirely different net incomes. For example, consider two workers in New Jersey (for state tax purposes), each with an expected gross pay of $60,000 for 2015. The first is single, and the second is a married father of two. We'll assume the first has $100 in various benefits deducted from each paycheck, while the second has $200 taken out since he is providing insurance and other benefits for four people.

In this case, the single taxpayer could expect a net income of about $42,000, while the married taxpayer with children would receive roughly $44,770, or $2,770 more, even though he pays more for benefits. This is because of the discrepancy in tax rates between single and married taxpayers, as well as the additional tax exemptions that come with having children.

To sum it up, while gross income can be useful as an overall indicator of how much you're being paid, your net income is a more practical measurement of your real-world spending power.