Please ensure Javascript is enabled for purposes of website accessibility
Log In Help Join The Motley Fool
Free Article
Join Nearly 1 Million Premium Members And Get More In-Depth Stock Guidance and Research
By Leo Sun – May 27, 2015 at 10:21AM

In an interview with Microsoft's Xbox Wire, Hudson said that his primary focus would be "the creative direction of HoloLens Experiences," which overlay digital content on top of real-world objects. Hudson stated that the "mixed reality and holographic computing will have a tremendous impact on how all of us interact with technology."

Let's discuss where Hudson might take HoloLens, and why gamers and gadget enthusiasts should be excited. 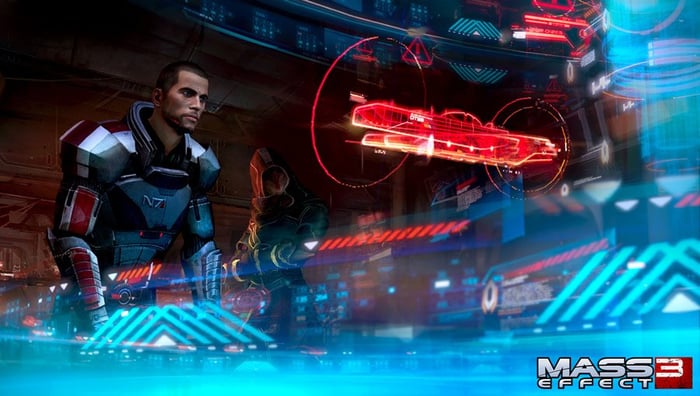 How Casey Hudson changed games
By producing and directing hit games like Star Wars: Knights of the Old Republic and Mass Effect, Casey Hudson is widely credited for creating the definitive "Bioware RPG," which consists of customizable characters, morality-based decisions, branching storylines, and a wide variety of romance options.

That combination resulted in a level of immersion in RPGs that hadn't been achieved by established Japanese role-playing franchises like Final Fantasy. Bioware's RPGs were also generally more accessible to console gamers who thought PC-based Western RPGs were too complex or open-ended. Demand for Bioware RPGs, especially the ones Hudson was personally involved in, has been steadily rising. See the chart below. 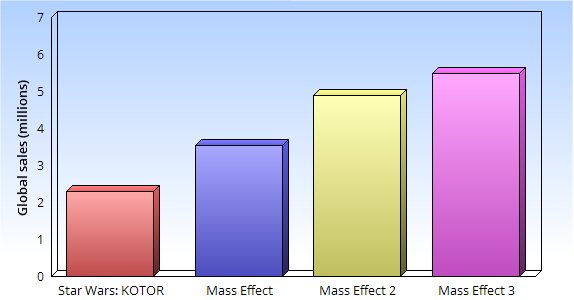 Hudson might bring similar augmented reality experiences to the HoloLens in the future. Players could eventually engage in virtual conversations with holographic avatars in the same way that they selected Commander Shepard's responses in Mass Effect. But instead of doing that on the bridge of the Normandy with multiple choice responses, it could be done in your living room with real voice interactions.

But the price tag could be a problem
The prospect of Microsoft bringing those experiences into our homes sounds fascinating, but it might only be initially accessible to wealthier customers.

Microsoft executives recently told The New York Times that the HoloLens could cost significantly more than current-generation gaming consoles like Sony's (SONY -0.71%) PS4 and Microsoft's Xbox One, which currently cost between $350 and $400. That would also likely make it pricier than Facebook's (META -1.19%) Oculus Rift VR headset, which is expected to cost somewhere between $200 to $400 when it arrives in 2016. If the HoloLens ends up costing over $1,000, it could alienate a lot of potential customers.

Nonetheless, Microsoft clearly believes that the HoloLens could change how we play games in the future. Microsoft already used the device to showcase an AR version of Minecraft, which it now owns through its $2.5 billion acquisition of Mojang.

Looking beyond gaming
But the HoloLens isn't just a holographic gaming device. Microsoft previously demonstrated that the HoloLens can be used to create 3D models, collaborate with co-workers via virtual whiteboards and Skype, and provide remote assistance for fixing computers, cars, or even toilets.

If Microsoft can convince the world that the HoloLens isn't just a pricey toy, it might win over the same customers who pay over $600 for high-end smartphones and $1,000 for high-end ultrabooks. But if it can't, Hudson's upcoming projects might fail to see the light of day.

Taking the long-term view
Some cynics might think that the HoloLens could eventually be abandoned like Microsoft's Zune MP3 player or Kin smartphone. But unlike the Zune or Kin, the HoloLens isn't a copy of anything else on the market. Microsoft's closest rivals in the AR field, like Google-backed Magic Leap, haven't shown us anything comparable to Microsoft's Minecraft demo.

Research firm Digi-Capital estimates that the augmented and virtual reality markets will grow from nearly nothing today to $150 billion by 2020, with AR devices eventually claiming 80% of that market. AR devices are expected to be more popular than VR ones, because they enhance real-world surroundings instead of immersing users in closed virtual worlds.

HoloLens could get off to rough start due to its high price tag, bugs, or lack of supported software, but it could definitely evolve into a game-changing platform. With his experience with games, Casey Hudson could create jaw-dropping interactive experiences that might convince mainstream consumers to try out HoloLens. In addition to games, the headset could change how we work and communicate in the near future.