Google is suffering a major “brain drain” as its top employees abandon ship.

Over the past few years, many of Google's (GOOG -0.28%) (GOOGL -0.27%) top employees have left for other companies. "Brain drain" isn't anything new in Silicon Valley, where companies regularly poach the brightest stars in the business, but Google's high-profile departures highlight some of its glaring weaknesses. 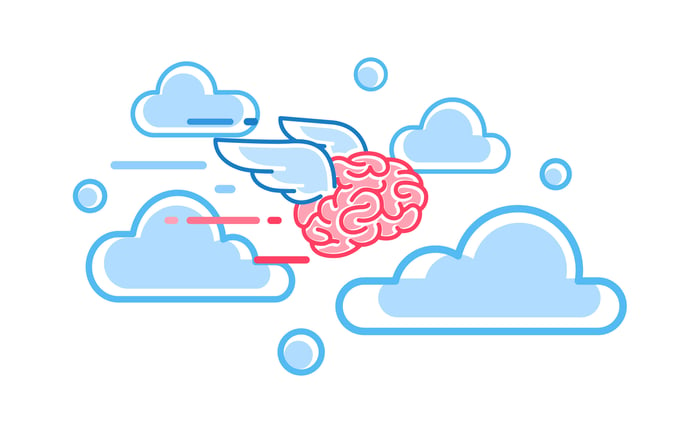 The ones who got away
Marissa Mayer, Google's first female engineer, worked at the company from 1999 to 2012. Mayer was the VP of Google product search until the end of 2010, when she was demoted by former CEO Eric Schmidt to lead the company's local, maps, and location services division. In 2012, she abruptly quit and became the CEO of Yahoo.

The following year, Android VP Hugo Barra left Google, reportedly due to a personal conflict with founder Sergey Brin. Barra then became the international of VP of rising Chinese smartphone maker Xiaomi, the most valuable start-up in the world.

This year has been just as rough for Google. In February, Google's SVP of Knowledge Alan Eustace retired. In May, Google PR boss Rachel Whetstone left to head PR operations at Uber, and Google's VP of shopping and travel Sameer Samat was lured away by fitness tracker maker Jawbone.

Most of those departing executives worked on three particular businesses: product searches, Android, and social networking. The loss of top talent in those challenging areas could spell big trouble for Google. Here's why.

Signs of trouble
Google has constantly struggled to match Amazon (AMZN 1.42%) in product searches. Last year, Eric Schmidt admitted that "almost a third" of product searches started on Amazon -- that's "more than twice" the number that started on Google. Consumers starting those searches on Amazon, other retail sites, or native shopping apps is bad news for Google, because it diminishes the value of its own search-based product ads. Google's defenses against Amazon -- Google Shopping, Google Express, and upcoming Buy buttons -- have been off to a sluggish start.

Meanwhile, Android is the world's most popular mobile OS, but it's also a fragmented mess. By Google's own estimates, less than 10% of Android devices have upgraded to the newest version, Lollipop, making it tough to roll out new features for all users. Google's aggressive bundling of first party apps has also fueled an "anti-Google" Android movement known as the Android Open Source Project (AOSP), which encourages the distribution of "forked" versions of Android that aren't dependent on Google services. According to ABI Research, forked devices accounted for 29% of all Android devices worldwide in the fourth quarter of 2014.

Google also repeatedly failed at social networking with flops like Orkut, Jaiku, Buzz, and Wave. Google+, which is scheduled to be split into stand-alone Photos and Streams apps, looks like it could soon be retired as well. That weakness leaves it wide open to disruption by Facebook (META 2.03%), which is weaving an "OS" of its own with single sign-ons in apps and sites that tether users (and their data) back to its social network.

What does this mean for Google's future?
In the past, Google depended on its search engine's dominant market share to generate consistent ad revenues. But the Internet is maturing, and users are often using dedicated sites and apps instead of Google's search bar.

Google put its brightest stars in charge of dealing with these disruptive threats, but many of them have abandoned ship. This strongly suggests that Google has no clear defense against aggressive rivals like Amazon and Facebook, and that CEO Larry Page's ways of handling these issues could be flawed.

But those problems don't only affect the top of Google's food chain. According to PayScale, Google has the fourth highest employee turnover rate of any major U.S. company, with a median tenure of just over a year. According to anonymous ex-Googlers on Quora, that poor retention rate was partially caused by unfriendly competition between employees, poor discipline, arrogant managers, and a lack of private space.

The key takeaway
Google's high-profile departures are worrisome, because they highlight unresolved issues with product search, Android fragmentation, and social networking. Meanwhile, high turnover rates in the lower ranks means that it could be tough to find ideal leaders to steer those struggling businesses in the right direction.

Tech companies lose top talent all the time, but when a company loses too many critical leaders in such a short time, investors should check if the divisions that they led are losing their way, too. The failure to retain top talent could reflect larger, systemic cultural issues that ultimately block performance and hamper the bottom line.