Please ensure Javascript is enabled for purposes of website accessibility
Log In Help Join The Motley Fool
Free Article Join Over 1 Million Premium Members And Get More In-Depth Stock Guidance and Research
By Dan Caplinger - May 31, 2015 at 3:05PM

Currencies have been a hot topic lately, and the dollar index can help you hedge your bets.

Most stock investors don't pay much attention to foreign currencies, where trading is often based on highly technical factors rather than the fundamentals of a healthy economy or specific business. Yet lately, the dollar has played a major role not just in the foreign currency markets but in stock market performance as well. As a result, the U.S. dollar index has drawn more attention from ordinary investors, but many of them don't understand how the index works. To help you understand its role in your portfolio, let's take a look at some things you need to know about the U.S. dollar index and what it can do for you.

What the U.S. Dollar Index is
The U.S. Dollar Index measures the value of the dollar against a basket of foreign currencies from across the globe. Its origins go back more than 40 years, when the foreign-exchange market went off the gold standard and currencies started floating freely against each other. The index included a basket of major trading partners at the time, which included the U.S., Japan, Canada, and a host of European countries.

With the advent of the euro in 1999, the U.S. Dollar Index went through its biggest transformation, as several countries whose currencies had formerly been separate components of the index suddenly had the same currency. Current, the euro makes up the majority of the weight of the index at more than 57%. The Japanese yen is the next largest at nearly 14%, while the British pound weighs in at 12%. The Canadian dollar has a 9% weighting, while the Swedish krona and the Swiss franc make up the remaining 8% combined.

Why the U.S. Dollar Index matters to you
As many investors have discovered recently, the foreign currency markets can play a big role in the results of U.S. multinational corporations. When the dollar is strong, the foreign-currency revenue that a company gets from its overseas operations translates into fewer dollars, hampering growth in sales and profits. Moreover, for those companies whose costs are mainly in dollars, a strong U.S. currency can make them less competitive against foreign rivals that have costs denominated in cheaper foreign currencies. As an example, Philip Morris International (PM -1.53%) gets substantially all of its sales from outside the U.S., with exposure to dozens of different international currencies across the globe. A strong dollar has hurt its results lately, and the tobacco giant believes that weak foreign currency performance could cost it as much as $1.15 per share in earnings during the current year. 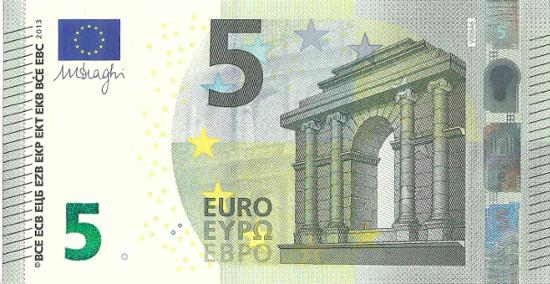 The U.S. Dollar Index provides investors with a way to hedge against a strong dollar. By investing in vehicles that track the index, such as futures contracts or exchange-traded funds like the PowerShares DB U.S. Dollar Index Bullish ETF (UUP 0.57%), the value of your investment will rise and fall along with the dollar's value compared to the foreign currencies that make up the index. You could use these index-tracking investments to counteract any negative impact of the strong dollar on the stocks you hold in your portfolio, thereby reducing the overall risk levels among your investments.

Alternatives to the U.S. Dollar Index
Because of its concentration in the euro, the U.S. Dollar Index has lost some of its appeal as an investable index. In the past, being able to combine exposure to the German mark, the French franc, the Italian lira, and other key European currencies within a single index was extremely valuable. Now, though, single-currency funds do almost as good a job of hedging against currency risk, especially for companies where a certain currency's weakness is particularly important.

For example, for a company that primarily does business in Europe, a euro-specific fund like CurrencyShares Euro ETF (FXE -0.79%) specifically targets changes in the European currency's value. Similar products like CurrencyShares Japanese Yen ETF (FXY -0.31%) allow you to mix and match holdings to match your own exposure more closely. That way, you avoid being tied to the fixed percentages in the dollar index.

In summary, investing directly in the U.S. Dollar Index through ETFs and similar vehicles serves the purpose of hedging your portfolio against some currency risk. You can generally do a better job, though, with alternative investments. As a result, the main value of the U.S. Dollar Index is to serve as a barometer of how the currency markets are behaving rather than as an investable index in itself.