Please ensure Javascript is enabled for purposes of website accessibility
Log In Help Join The Motley Fool
Free Article Join Over 1 Million Premium Members And Get More In-Depth Stock Guidance and Research
By Beth McKenna - Jun 17, 2015 at 11:02AM

Here's how Elon Musk's net worth breaks down between Tesla, SpaceX, and Solar City.

What is Elon Musk's net worth? And where did it come from?

Elon Musk has an estimated net worth of $13.2 billion, making him the 87th richest person in the world, according to Forbes' real-time ranking on June 15. Microsoft founder Bill Gates currently reigns as the wealthiest person on this planet, with a net worth of $79.1 billion.

Forbes doesn't break down the sources of Musk's net worth, but we're going to pop the hood and look at the components of the serial entrepreneur's wealth by digging into his filings with the Security and Exchange Commission. The bulk of the 43-year-old's net worth consists of the stock he owns in three companies he founded or co-founded: Tesla Motors (TSLA 4.53%), SpaceX, and SolarCity (SCTY.DL). 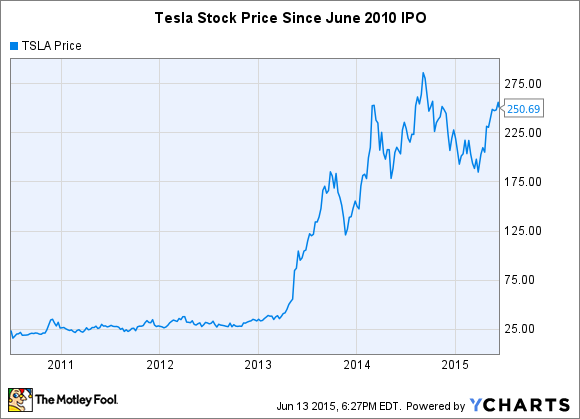 Musk's soaring net worth has also defied gravity in recent years because of the rising value of privately held spacecraft maker SpaceX, which he founded in 2002 and leads as CEO. SpaceX announced in January that it had raised $1 billion from new investors Google and Fidelity, which the company said collectively now "own just under 10% of the company." Some sources have reported that the exact stake is 8.333%. These numbers value SpaceX at just over $10 billion-$12 billion.

Since SpaceX is a private company, we don't know exactly how many shares of its stock Musk owns. However, some have speculated that he probably controls a portion in the same general ballpark as he does of SolarCity and Tesla, or about 20% to 30%. That seems a solid assumption. If accurate, then the spacecraft maker adds approximately $2 billion-$3.6 billion to Musk's net worth.

Notably, SpaceX has a $1.6 billion contract with NASA to resupply the International Space Station. Even more notably, SpaceX is reportedly profitable. That makes it the only one of Musk's three companies that has a positive bottom line on a GAAP basis. If SpaceX ever goes public, interest should be phenomenal, and should boost Musk's net worth significantly as well.

Musk's fortune, along with SolarCity, has enjoyed sunny days
The last component of Musk's current hat trick of winning businesses is solar-panel maker and installer SolarCity, run by his cousins Lyndon and Peter Rive. While Musk isn't usually considered an official founder, he reportedly suggested the business idea to his kin and serves as the company's chairman. 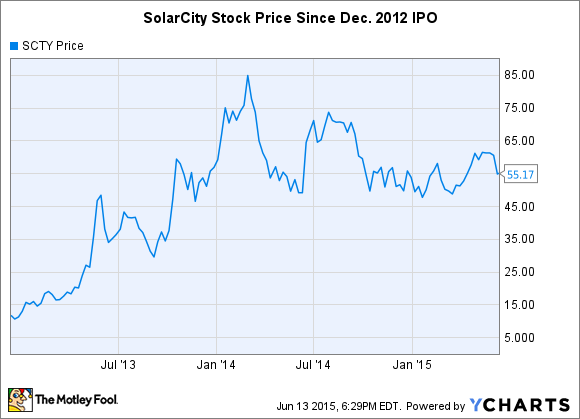 What can investors learn from this?
In investing it usually pays to bet on the jockey -- and Musk has a been a winning jockey to date. Musk's explosion of wealth in recent years also demonstrates the amazing power of compounding over time. Investors can't expect most of their holdings to skyrocket like Tesla and SolarCity -- two Motley Fool recommendations -- but the same phenomenon holds true for, say, annual stock-price gains of 5%. Over many years, relatively small annual gains will compound to very large sums.